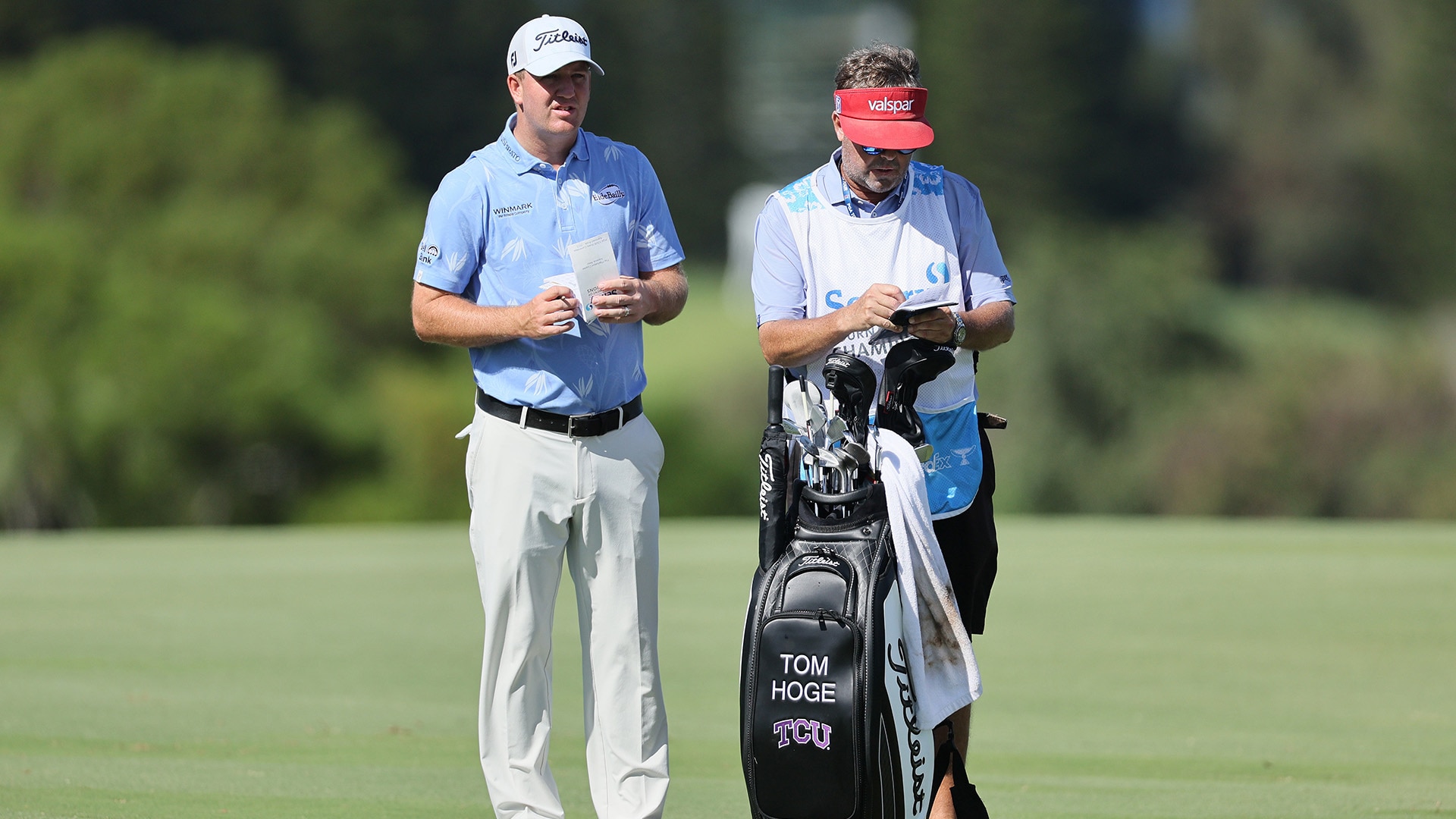 Tom Hoge’s detour to Honolulu through Los Angeles for Monday night’s CFP National Championship game between Georgia and Hoge’s alma mater, TCU, did not go as expected. The Horned Frogs got demolished by the Bulldogs, 65-7, and to make matters worse, on his way out of Kapalua on Sunday afternoon, Hoge had to deal with a little trash talk.

According to Keith Mitchell during Tuesday’s episode of The Loop Podcast, Mitchell’s fellow Georgia alum Brian Harman had a few confident words for Hoge.

“All I know is that Brian Harman told him [Hoge] before the game to make sure that he bought his tickets as close to the exit as possible,” Mitchell said, adding, “so that he could leave when he needed that quick escape.”

But with the game essentially over at halftime, at 38-7, Harman’s words proved prophetic, though it’s unknown if Hoge left early. What is certain, though, is that once Hoge returned the some 2,500 miles to Hawaii for this week’s Sony Open, he was sure to receive even more ribbing from any multitude of Georgia players in the field.

Luckily, Hoge has somewhat of a comeback: He finished T-3 at last week’s Sentry Tournament of Champions and was beaten by zero Bulldogs.