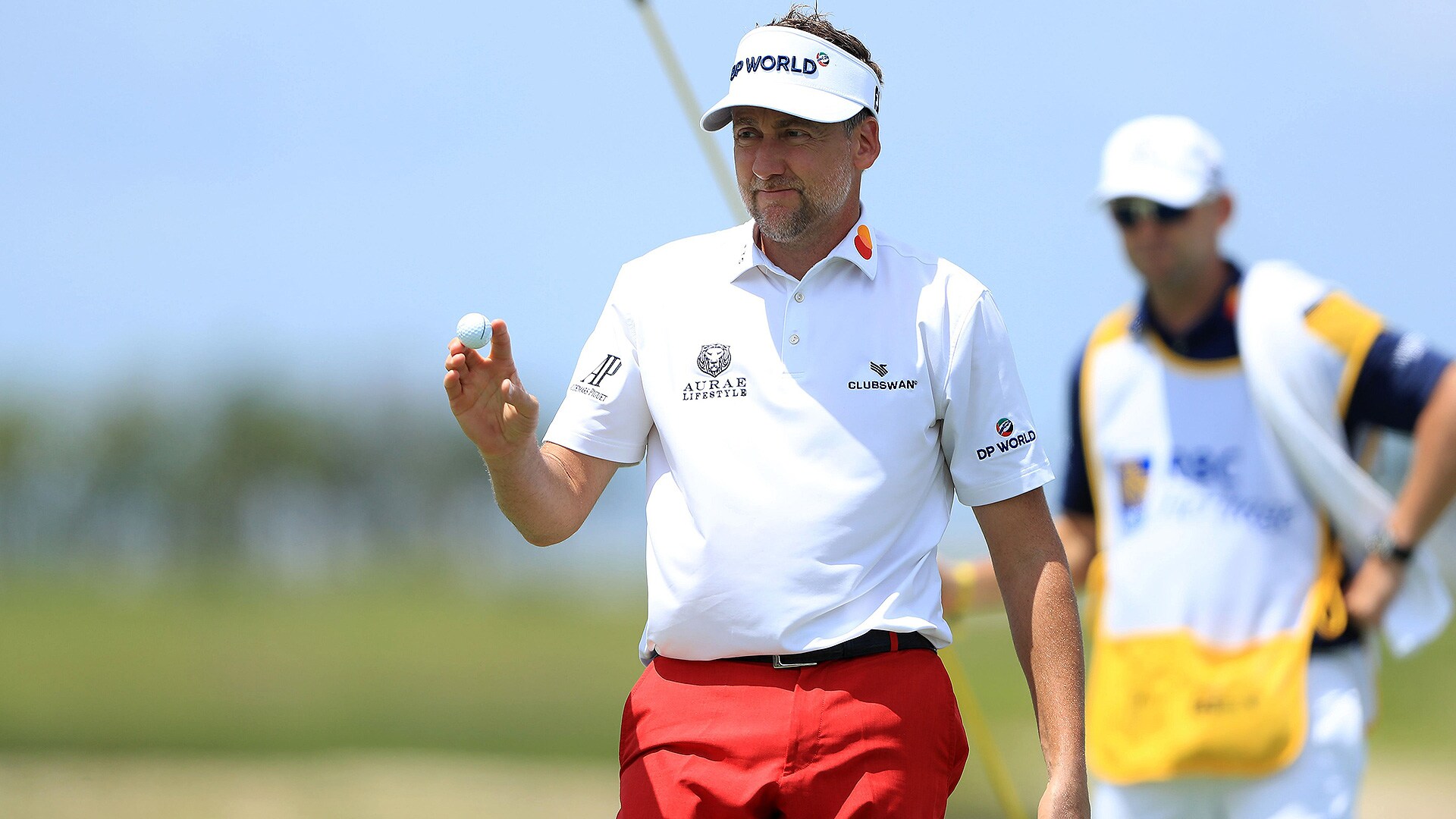 
HILTON HEAD ISLAND, S.C. – The RBC Heritage began two month later than usual with a little rain, a little sunshine and a lot of birdies, most of them from Jordan Spieth to turn a rough start into a furious finish.

Ian Poulter holed a 30-foot birdie putt and followed with a 5-iron to 4 feet for a birdie that closed out his round of 7-under 64, giving him a share of the lead Thursday with Mark Hubbard at Hilton Head.

“I’ve always loved coming here to play golf,” said Poulter, and he has plenty of company this year.

The RBC Heritage, typically a week after the Masters in April, is the second tournament since the PGA Tour returned after 90 days from the COVID-19 pandemic.

Spieth wouldn’t have guessed he would be one of them after a tee shot that was 5 yards right of the 12th fairway hit a tree and didn’t stop rolling until it was out-of-bounds. He made triple bogey and was 3 over through three holes.

Determined to at least try to get under par for his round, Spieth had a career-best six straight birdies on his back nine and finished with seven birdies over his last eight holes for a 66.

Poulter and Hubbard, who started birdie-eagle, were a shot ahead of a group that included Webb Simpson, Ryan Palmer and Viktor Hovland, Colonial winner Daniel Berger, Brooks Koepka, Ernie Els and that incredible bulk, Bryson DeChambeau, were in the large group at 67.

DeChambeau, who added some 40 pounds of mass to increase his swing speed, was hammering shots over the range during practice earlier in the week. He had to tone it down on the tight, tree-lined Harbour Town Golf Links.

Bryson DeChambeau’s power was held in check by a tight Harbour Town Links course on Day 1 of the RBC Heritage.

“I couldn’t unleash the Kraken today,” DeChambeau said, a student of physics and Scandinavian folklore. “It was just too tight out there. The wind was swirling all day, and I couldn’t feel comfortable to give it a good whack, but I was still able to manage keeping it mostly in the fairway.”

Dustin Johnson was poised to make a move until he hit into the water on the par-3 14th and compounding the error with a three-putt triple bogey. He still managed a 68.

It was the first PGA Tour with spectators on the property, just not on the golf course with tickets.

Harbour Town is lined with vacation homes, villas and townhouses, and plenty of people spilled onto their decks and into their yards to watch. The tour has ropes to line the fairway. This year, they put up ropes to line the yards to keep people from coming all the way onto the course.

One family had a sign up for Spieth as he walked along the eighth fairway, one of only two holes on the front nine where he failed to make birdie.

That shot out-of-bounds had all markings of bad breaks he has seen too often during three winless years. With a provisional tee shot in the fairway, Spieth went over to look at the trees, and then some 20 yards to the right at his original tee shot nestled in the pine straw. And then he three-putted.

Instead of getting down, he told caddie Michael Greller on the next tee, “That’s over. Let’s get four (birdies) today and shoot under par.”

“I ended up getting a few more than that,” he said.

Just like last week’s opening round at Colonial, he got hot on his back nine. The streak began with an 8-foot putt on the par-5 second hole, and included a 7-iron to 4 feet to a left pin near the water on the par-3 fourth. He was on such a roll that Spieth began to contemplate eight straight birdies to end his round. But he saw enough mud on his ball from the fairway on No. 8 that he played conservatively to 30 feet, and then finished with another short birdie. Jordan Spieth’s journey back to competitive relevance has been a wild ride. But his opening-round 66 at Harbour Town is yet another good start.

McIlroy and Thomas, who both had chances to win going into the final round at Colonial last year, had 72. Rahm had a 71. For McIlroy, it was the first time since the ZoZo Championship in Japan in late October that he was over par after the first round.

Rory McIlroy was among those who struggled, and only a pair of birdies on the back nine kept it from being worse. He opened with a 72. That ended a streak of seven straight tournaments in which he broke par in the opening round dating to the ZoZo Championship in Japan last October.

“I’m sort of missing my 3-wood left and missing my driver right,” McIlroy said. “If you’re in any way like in two minds what to do off the tees around here and get a little bit sort of guidey, it can bite you.”