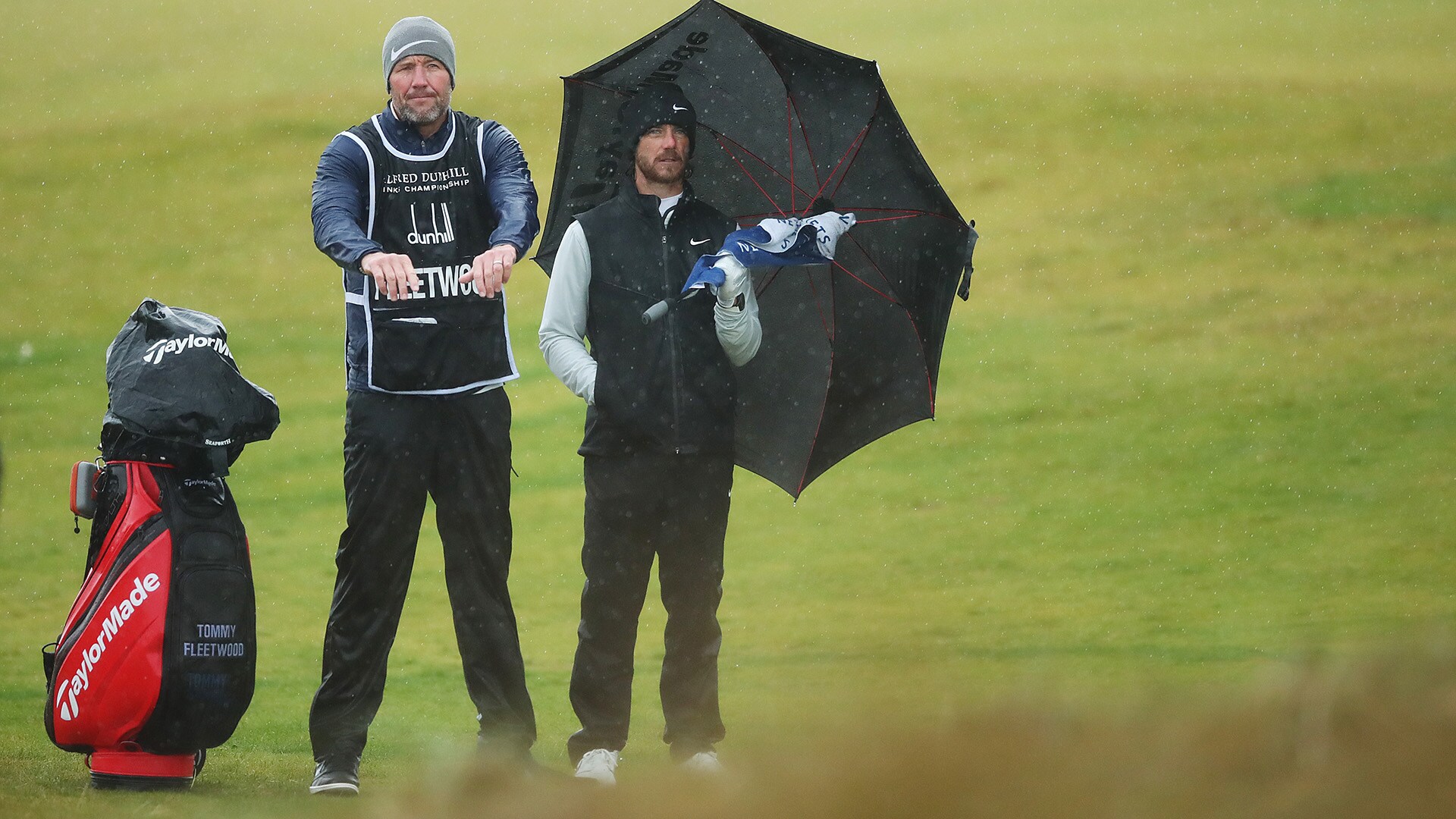 To say that the conditions on Friday at St. Andrews were ferocious might be an understatement.

During Round 2 of the Dunhill Links Championship, temperatures were in the upper 50s with heavy rain and roughly 30 mph winds. The tournament had a shotgun start Friday due to the weather.

Sky Sports caught up with Tyrrell Hatton during his round and asked him to describe the conditions. And the Englishman, being his usual self, did not hold back.

“Truly miserable, to be honest,” Hatton said. “I’m laughing, but I’m internally crying, I think. I just want a time machine to just fast-forward the next two-and-a-half hours to be back in the warm and dry.”

Then Hatton was asked what’s the most difficult part of playing in these conditions.

“Everything,” he said. “Trying to keep the clubs dry, hands dry. And then try to figure out — the wind today is obviously pretty consistent. But trying to figure out how long the shots actually play.”

For Matt Wallace, not only did he card a 2-over 74, but the weather caused multiple wardrobe and equipment malfunctions.

“Hold on, just like I’m doing with this umbrella,” he said. “Hold on for dear life.”

But, of course, there is no way of controlling mother nature, and sometimes you just have to roll with the punches.

“We just had to laugh,” McIntyre said. “I’m soaked through, I got water in my shoes. I just have to laugh all the way. ”