In a year of ‘pinch myself’ moments, Tom Kim dazzles again Thursday at Hero World Challenge 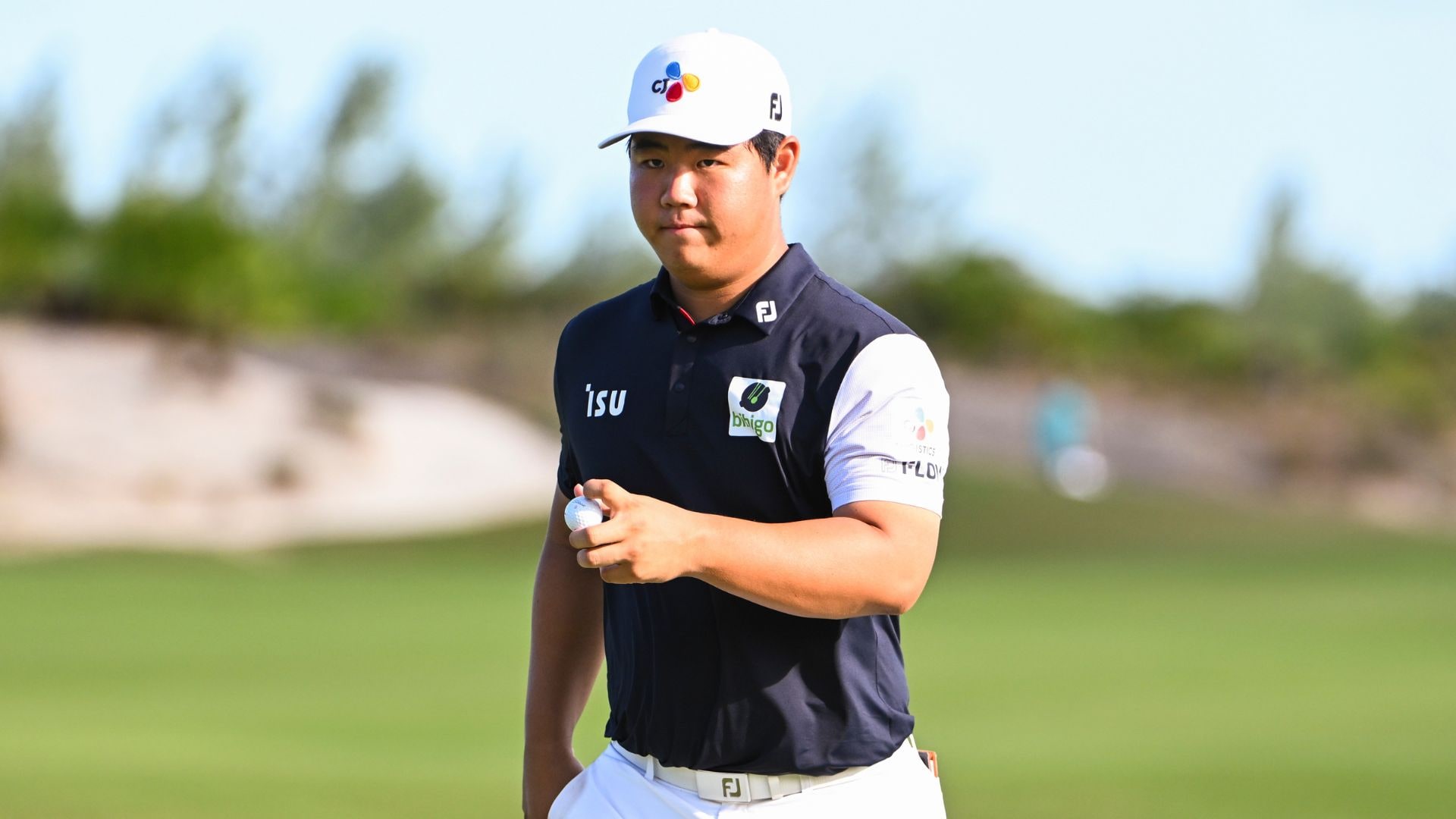 NASSAU, Bahamas – In a breathtaking year of firsts, Tom Kim added another seminal moment to his resume this week at Albany.

The year’s breakout star earned his spot in this week’s field with his victory at the Wyndham Championship in August and solidified himself as a rising star a few weeks later with an inspired performance at the Presidents followed by his second Tour win at the Shriners Children’s Open.

There was even one of the more surreal moments for the 20-year-old when he found himself seated next to PGA Tour antagonist Greg Norman at an Asian Tour event.

But all of that might pale in comparison to his brush this week with Hero World Challenge host Tiger Woods.

Kim, whose youthful exuberance is infectious, was quick to point out following an opening 69 at Albany that left him tied for the lead with Sepp Straka and Collin Morikawa that, “officially,” he’d met Woods before.

“The first time I actually met him was at the 2020 PGA Championship. I got in the field at Harding Park and I took a picture with him. Obviously the COVID year, so there was no fans to witness it, but it was the first I got to kind of meet him and take a picture but never really got to talk to him,” Kim admitted.

But even a selfie with the 15-time major champion as evidence, that interaction at Harding Park was very much impromptu compared to this week’s introduction.

Kim is hardly the first young player to be a little overwhelmed by Woods and he admitted there were nerves. Kim explained it wasn’t first-tee-at-the-Presidents-Cup nervous, but still.

“We didn’t talk about anything serious, it was just a lot of small talk,” Kim said. “I told him we really would have loved it if he played this week and we’re really going to miss him. He was like, he was really trying to prepare hard for it and unfortunately he couldn’t make it. But it was really nice, it was the first time I officially got to meet him and talk to him a little bit. It was really cool, I have to kind of pinch myself a little bit.”

There has been no shortage of “pinch myself” moments for Kim this year.

Joohyung Kim, his name before adopting Tom after Thomas the Tank Engine in the TV series “Thomas & Friends,” began the year ranked outside the top 130 in the world and had no tour status outside of Asia.

Although his rise had been impressive since turning pro in 2018 at the tender age of 15, his rapid ascent in 2022 was still jarring.

He began his year with a victory in Singapore and added four more top-5 finishes before making the most of a sponsor exemption into the AT&T Byron Nelson (T-17) followed by another solid week at the U.S. Open (23rd). But it was his near-miss at the Scottish Open in July that tipped the scales for Kim.

“It’s everything,” Kim said when asked how his third-place finish in Scotland fueled his confidence. “I think it was the first really big event for me that I finished inside the top 5.

A tie for 47th at The Open the following week earned Kim special temporary status on the PGA Tour and he hasn’t looked back. But if the Scottish Open was the turning point for Kim personally and professionally, his public climb was inspired by his performance at the Presidents Cup.

He went 2-3-0 for International captain Trevor Immelman and proved to be a rare bright spot for a team in desperate need of a star.

“This young kid has burst onto the scene in the last six months, and it has been tremendous, he’s been such a tremendous gift to our sport,” Immelman gushed at Quail Hollow. “He has an ability to be a global superstar, this kid. I know he has the game. We’ve seen he has the game. But what I’ve learned about personality and his heart and what he stands for this week, man, I am a huge fan.”

Kim’s play in 2022 turned many into instant fans, and his performance Thursday at Albany proved he isn’t finished impressing admirers or making memories.