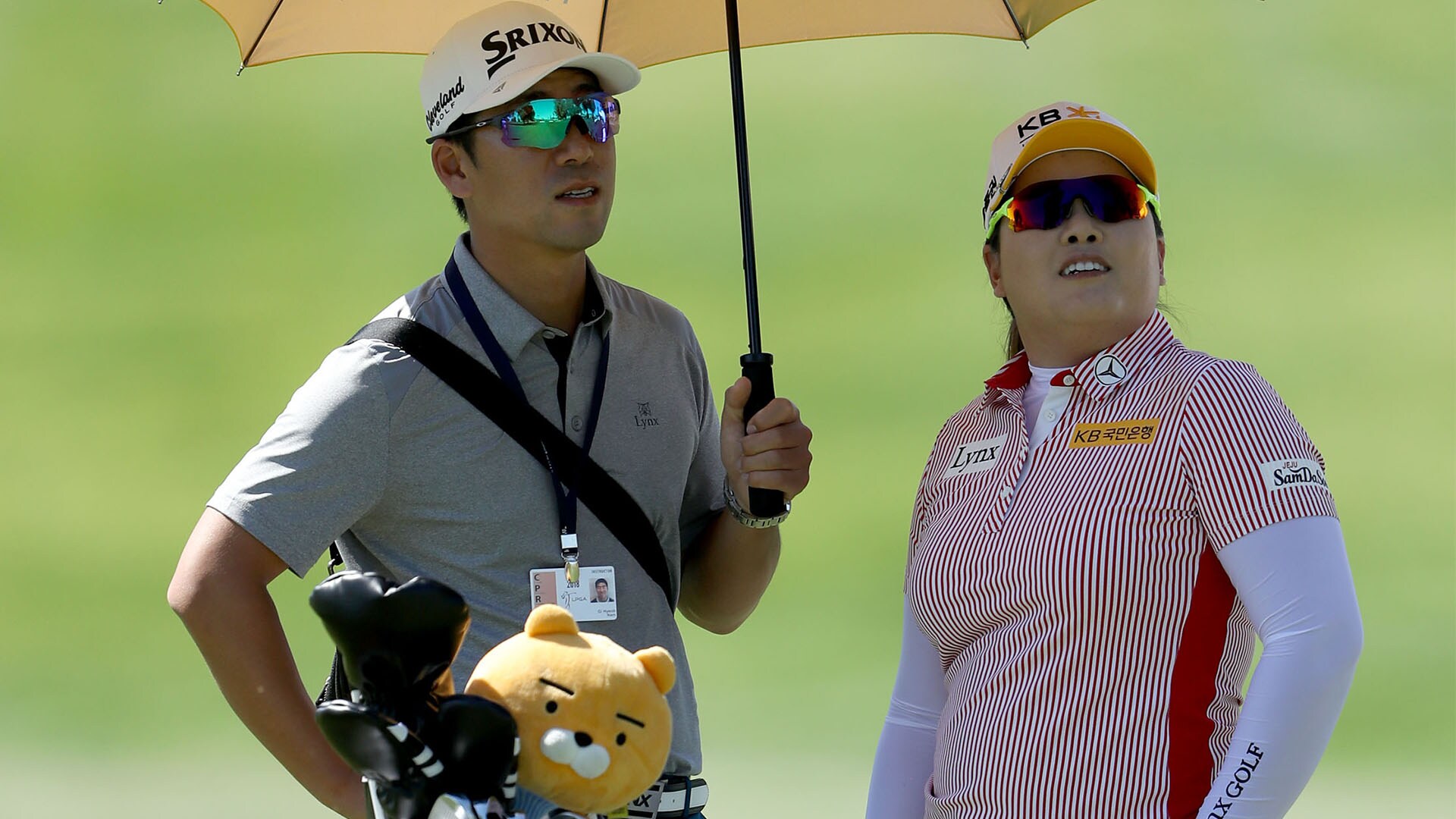 
Inbee Park will be without her long-time caddie this week, but she’s confident in the replacement.

Park had some fun with that speaking virtually with media on Wednesday.

“He’s not a professional caddie,” Park said. “So, sometimes, he gives me wrong yardage.

“Sometimes, when it rains, he can’t really do a lot of things at once. He makes mistakes, but he gives me a lot of comfortable feelings on the golf course.”

Brad Beecher has been on Park’s bag for all seven of her major championship victories and again when she won her Olympic gold medal. He’ll be back on the bag for her at the Walmart NW Arkansas Championship next week.

In a “big week for women’s golf,” Royal Troon hosts the AIG Women’s Open for the first time, and there’s a lot of “history to be made.”

For this week, though, Park’s good humor will come in handy with her husband doing yardages.

“I kind of teach him what to do, because, sometimes, he adds numbers when he has to subtract numbers, so, sometimes, he gives me a 20-yard difference,” Park said. “Most of the time, I kind of realize it, ‘I think this looks a little bit less than that.’ He gives me a right number then.

“Yeah, it’s fun. He’s never really made like a major, major mistake yet, but I mean, everything is forgiven. He’s my husband, you know.”

Park said the upside is that if she needs help with her swing, Nam’s right there.

“He can give me advice straightaway,” she said.

Park’s last major championship title came in this event, at Turnberry in 2015. Only six players have won more majors than Park in the history of women’s golf. A victory this week would be her eighth major, moving her into a tie for sixth with Betsy Rawls. Only Patty Berg (15), Mickey Wright (13), Louise Suggs (11), Babe Zaharias (10) and Annika Sorenstam (10) have won more than Rawls.