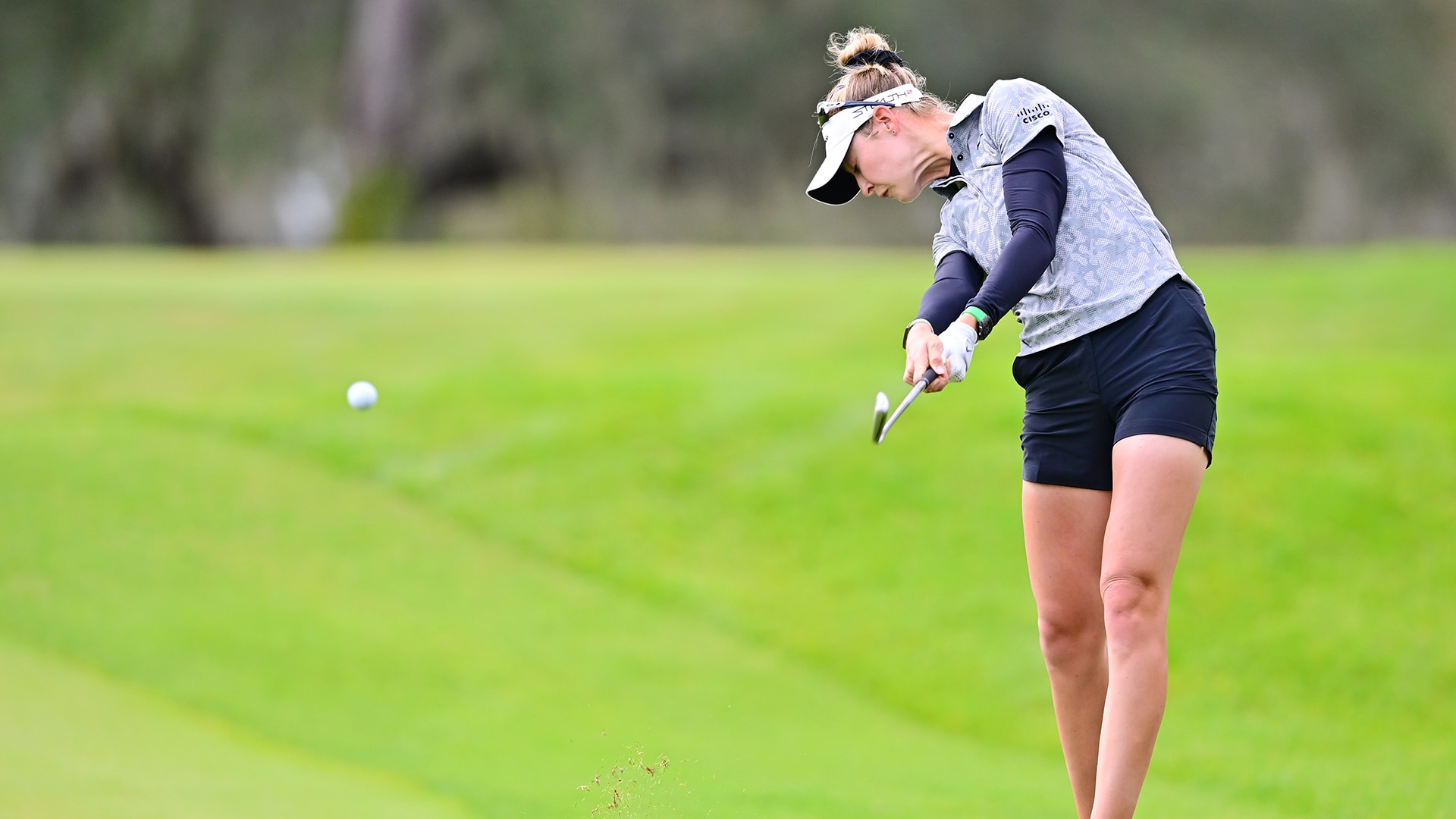 “I just wasn’t hitting it good,” Korda said Sunday at Lake Nona after starting her season with a solo-fourth finish, five shots behind winner Brooke Henderson. “I was hitting it really well with my driver. I just wasn’t executing my shots well. I was leaving myself really long putts typically I wouldn’t.”

Korda was excited, however, to get to work back home as the LPGA enters what many are playfully referring to as the “second offseason” – the tour’s next event is Feb. 23-26 in Thailand.

Asked what area of her game would get the most attention over the next few weeks?

“Probably my iron play,” Korda answered. “I was very, very, very disappointed with it this week. And my putting. … Made some pretty good saves for up-and-downs today, but up-and-downs won’t get you very far. Making the birdie putts, that’s kind of where I struggled and that’s where I need to improve.”

While Korda is still shaking some rust off, her little brother, Sebastian, a rising tennis talent, is firing on all cylinders Down Under. Sebi Korda, who earlier in the week upset seventh-seeded Daniil Medvedev in the third round of the Australian Open, advanced to the quarterfinals early Sunday morning while Nelly was sleeping – or as one would assume.

“I don’t know why, but I woke up at 1-all in the fifth tiebreak and watched at 2:30 in the morning,” Nelly said. “Subconsciously, I woke up just to check the score, and when I saw that it was 1-all in the tiebreak, I was like, there is no chance I’m going to sleep now. May as well put it on. Yeah, I got to watch a little. Saw him win, and it was cool.”

Sebi is set to face Karen Khachanov on Tuesday.