‘It’s better than mine’: Tiger on Charlie Woods’ ankle injury 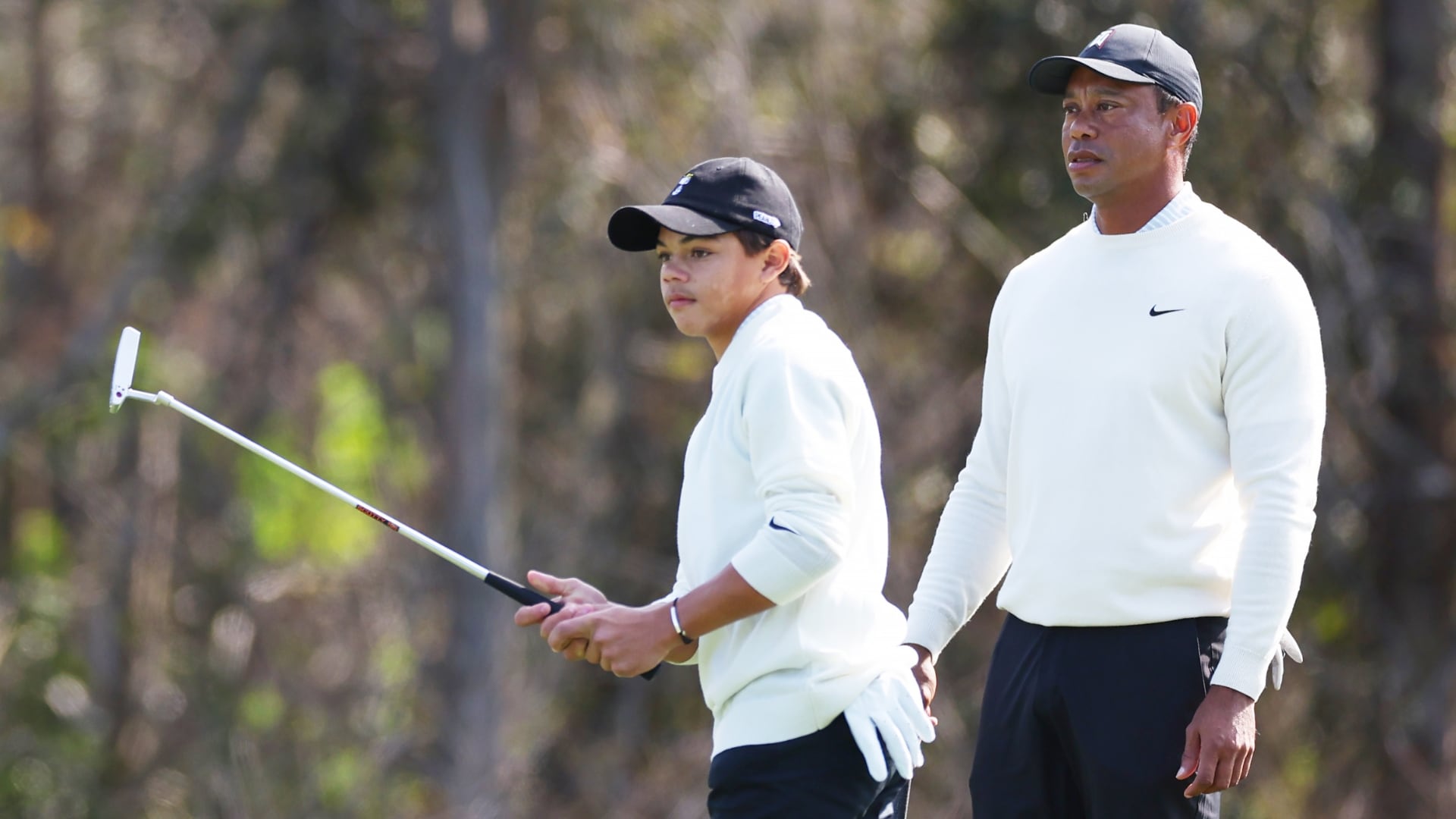 
ORLANDO, Fla. – In a bit of a role reversal, it wasn’t Tiger Woods’ health he was immediately asked about following his pro-am round Friday at the PNC Championship. It was his son’s health that drew reporters’ attention.

Charlie Woods appeared to be favoring his left ankle and was seen limping throughout the round. Asked after the round about his son’s condition, Tiger said, “He is [fine]. His ankle is not exactly, well, it’s better than mine … but we’ll be ready come game time tomorrow.”

Charlie, 13, is playing the PNC Championship for the third year following last year’s runner-up showing to John Daly and his son in 2021. Tiger said his son’s biggest improvement since last year’s event has been his mental approach to the game.

“I always tell him why we’re doing what we’re doing, so that he can retrace the steps. And when he gets a little off, now he knows what to go back to and understand that, OK, if I hit that shot, it’s that pattern, this is the fix,” Tiger said. “You’ve got to be able to do that when [you’re] playing tournament golf. You have to understand, in tournament golf, you’ve got to make a switch on the fly and trust it.”

Like last year, Team Woods will be paired with Justin Thomas and his father, Mike, for Round. 1.