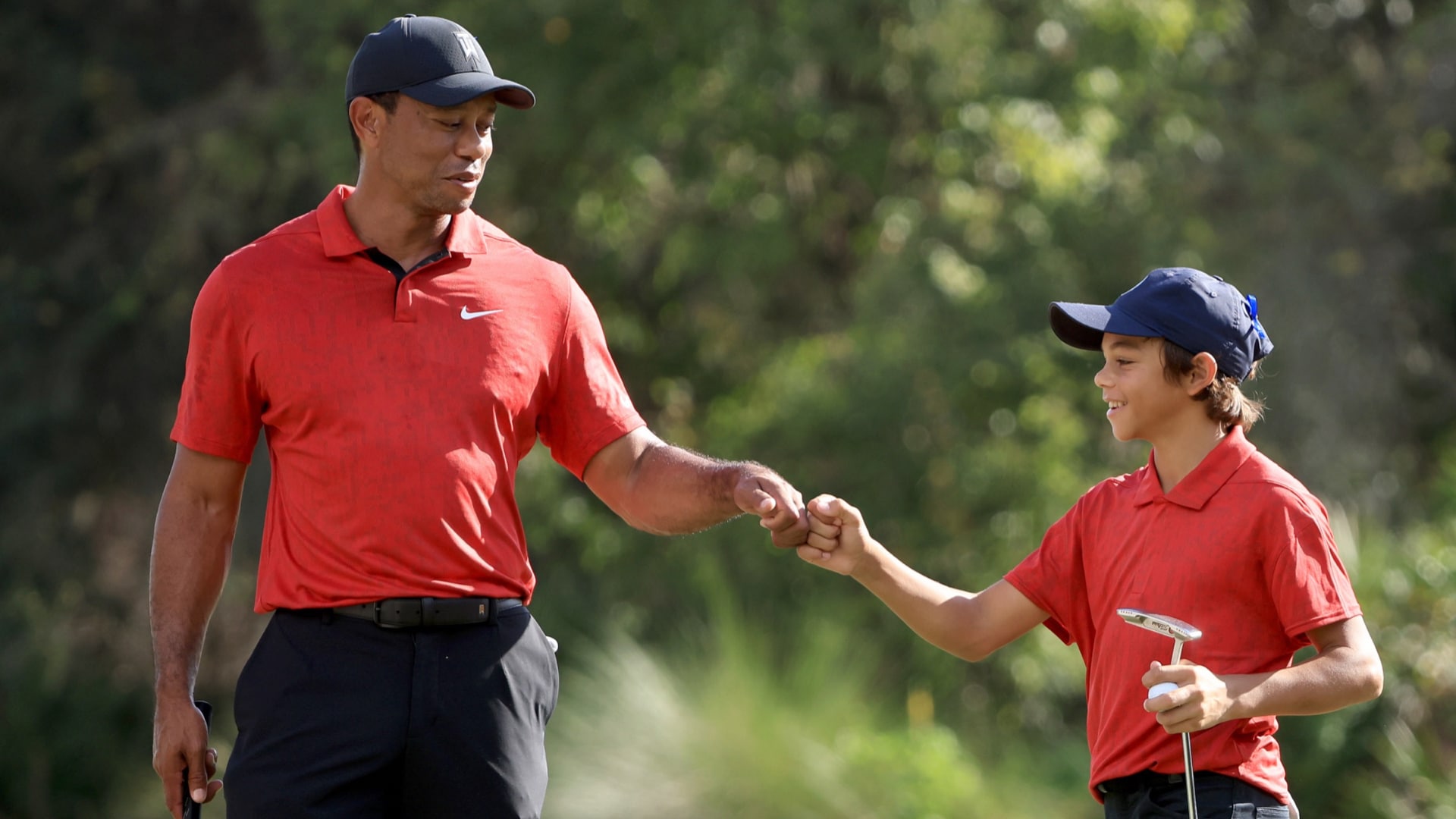 It’s a big moment when any kid (actually) beats their parent for the first time, but when that parent is Tiger Woods? And you beat him at his game? It’s got to be a sign of something special to come.

Well, 13-year-old Charlie Woods has yet to beat his dad in a round of golf, but during The Match on Saturday, Tiger revealed his youngest recently outdrove him for the first time.

“I hate to say it, but I’m going to admit it. He finally did it a few weeks ago,” Woods said while on the course at Pelican Golf Club. “I spun one, he tomahawked one and got me.”

Whether Charlie ever beats Tiger isn’t an if but a when, according to dad, who said the day “is coming.”

Lucky for Tiger, the beatdown will have to wait a bit longer as the pair will tee it up together next week, as a team, at the PNC Championship.