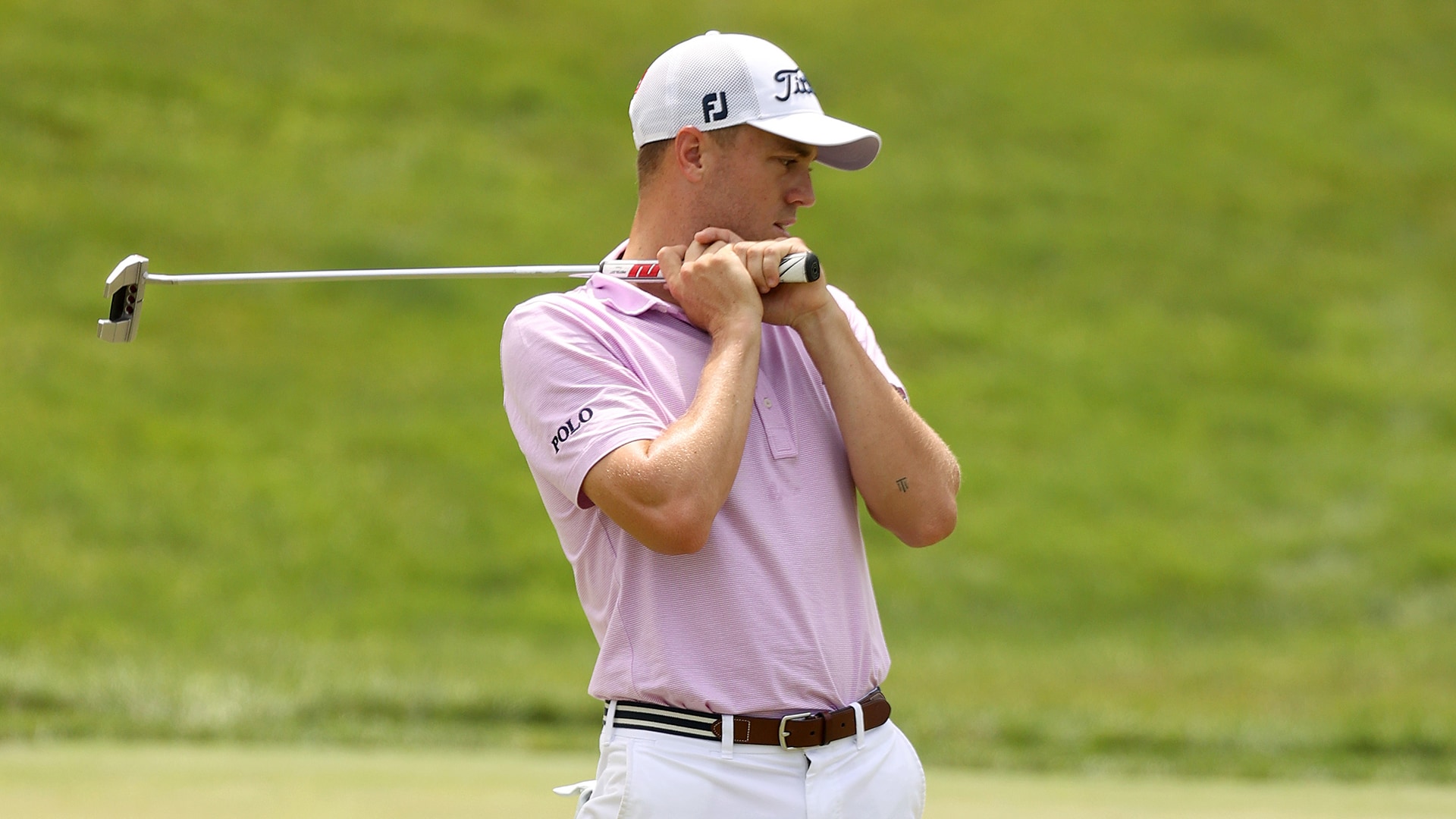 DUBLIN, Ohio – Jack Nicklaus had planned to be at Muirfield Village when the Workday Charity Open finished Sunday, but those plans changed after officials moved up final-round tee times because of inclement weather.

Since the Golden Bear couldn’t make it in time to congratulate the winner of the first of back-to-back events at Muirfield Village, he instead sent a text to the champion – or at least he thought.

While Justin Thomas was sinking a 50-footer for birdie on the first playoff hole in a playoff against Collin Morikawa, Nicklaus’ plane was getting ready to take off.

“Barbara and I both texted Justin,” Nicklaus explained, “and said to him, ‘Wow, what a fantastic putt, unbelievable fantastic super putt; can’t believe that you made that putt. Now you’ve got the chance to win two in a row.’ “

It wasn’t until the flight reached 10,000 feet that Nicklaus was able to access the internet and realize that Collin Morikawa had also made birdie on the first playoff hole and gone on to win on the third extra hole.