Jason Day, Jason Scrivener feed off each other and tie Zurich foursomes record 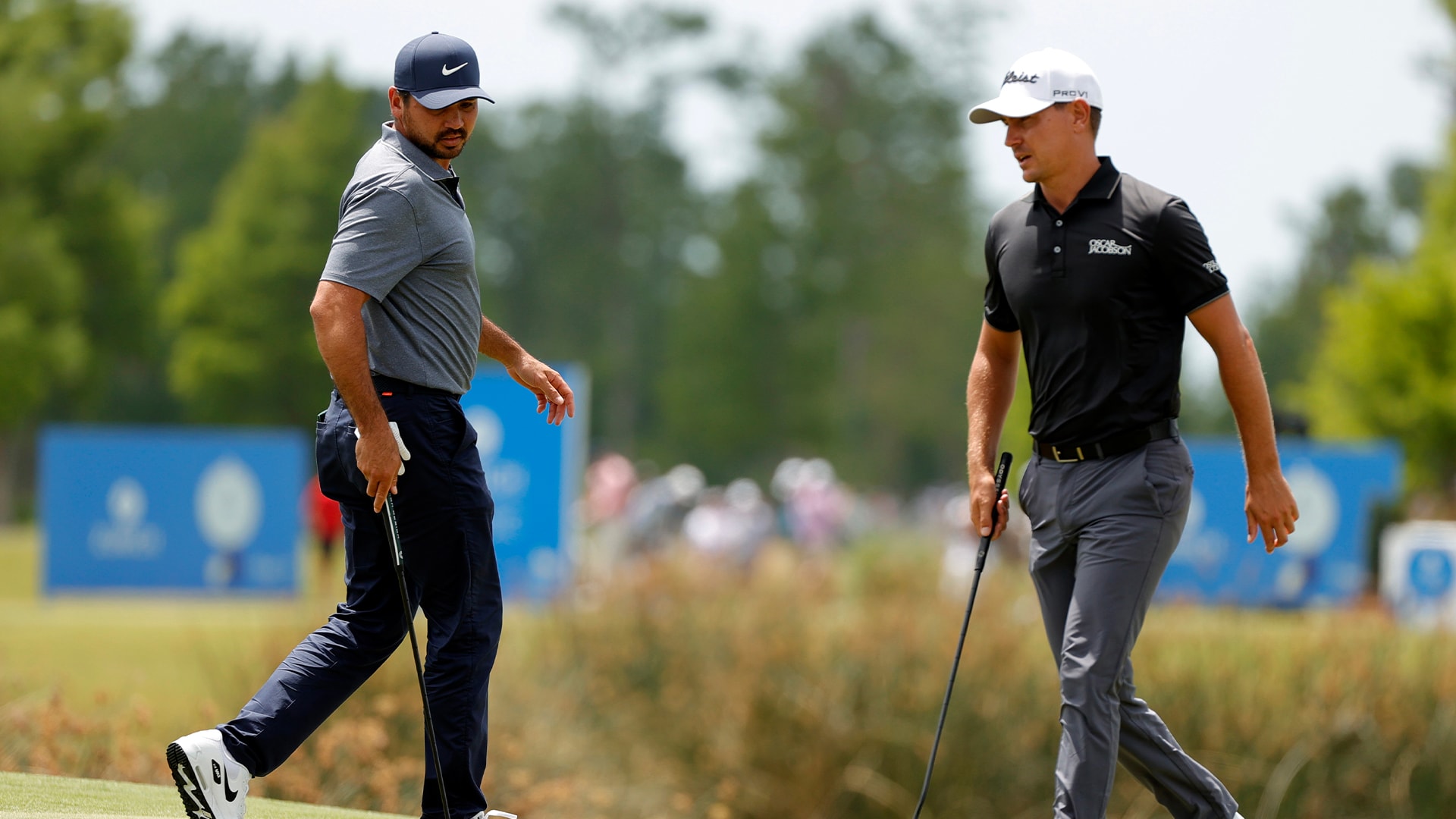 
Two Jasons from Australia walk into a golf tournament.

One Jason (Day) is a former world No. 1 and major champion, but now is the world No. 124 and hasn’t claimed a victory since 2018. The other Jason (Scrivener) is a 33-year-old who came into the Zurich Classic with six PGA Tour starts to his name (three made cuts) and 177 DP World Tour starts with zero wins.

Scrivener said he’s trying to “play a bit more” on Tour when he gets a chance, and for this week, he took matters into his own hands. With Day already in the Zurich field, he can pick anyone who has some form of Tour status to be his playing partner. So Scrivener “just messaged” Day, who he says he’s known for a while, asking if he needed a teammate for the Tour’s lone team event. Day said yes, and after two rounds, the partnership looks like a match made in heaven.

Following consecutive 65s, the team sits T-6 at 14 under, three shots behind the leaders, Patrick Cantlay and Xander Schauffele. And on Friday, Day and Scrivener tied the tournament’s foursomes record that Jon Rahm and Ryan Palmer set on Day 2 in 2019 before emerging victorious.

“I think we just kind of got on a roll today,” Scrivener, the world No. 188, said after Round 2. “We both were hitting fairways and greens and giving ourselves looks at it. Managed to roll a few in. I think it was just basically mistake-free. I think that was the biggest part.”

With the two bouncing off of each other’s momentum, Day called the round “special.”

“Sometimes in a foursome, you obviously are kind of feeding off your partner and your partner hits it down the middle, he hits it on the green, you roll in a good putt,” Day said. “I feel like we’re gelling really, really well together on the greens and we’re very similar in regards to how we read the putt and how we like to see the putt go in the hole.”

Patrick Cantlay and Xander Schauffele maintain their lead at the Zurich Classic, shooting a 4-under 68 in alternate-shot play Friday.

Their lone eagle of the day came on the par-5 seventh.

“High cut 3-wood. It was like 233 [yards] to the front, had like 250 something to the pin. Wind was in off the right,” Day said. “I hit my 3-wood like 275, so gripped down, high kind of like just fading this thing back into the wind to kill it enough to land soft enough, and fortunately for us this morning the greens were very receptive, and the softness of the greens. Being able to cut that back up against the wind, we were able to stop it pretty quick and then Scriv just rolled in a nice (12-foot) putt. He’s putting really well. It’s nice to see.”

If the Jasons keep their magic going, it could be Scrivener’s best Tour finish and it would return Day to his winning ways. Day showed flashes earlier this year that he was heading in the right direction. He placed T-3 at Torrey Pines and shot 68-66 in Rounds 1 and 2 at Pebble Beach, saying after that he feels ‘due’ for a win. However, his mother passed away ahead of the Arnold Palmer Invitational and he hasn’t made a cut in the three events that he’s played since. But moving forward, Day won’t get too far ahead of himself.

“Obviously, it would be nice to win, but I can’t think about outcome stuff because obviously that’s going to stress me out if I think about it too much and things don’t happen my way,” Day said. “Right now I’m just focused on trying to stay as present as possible every single day, have my goals list every single day and just keep knocking them out.”