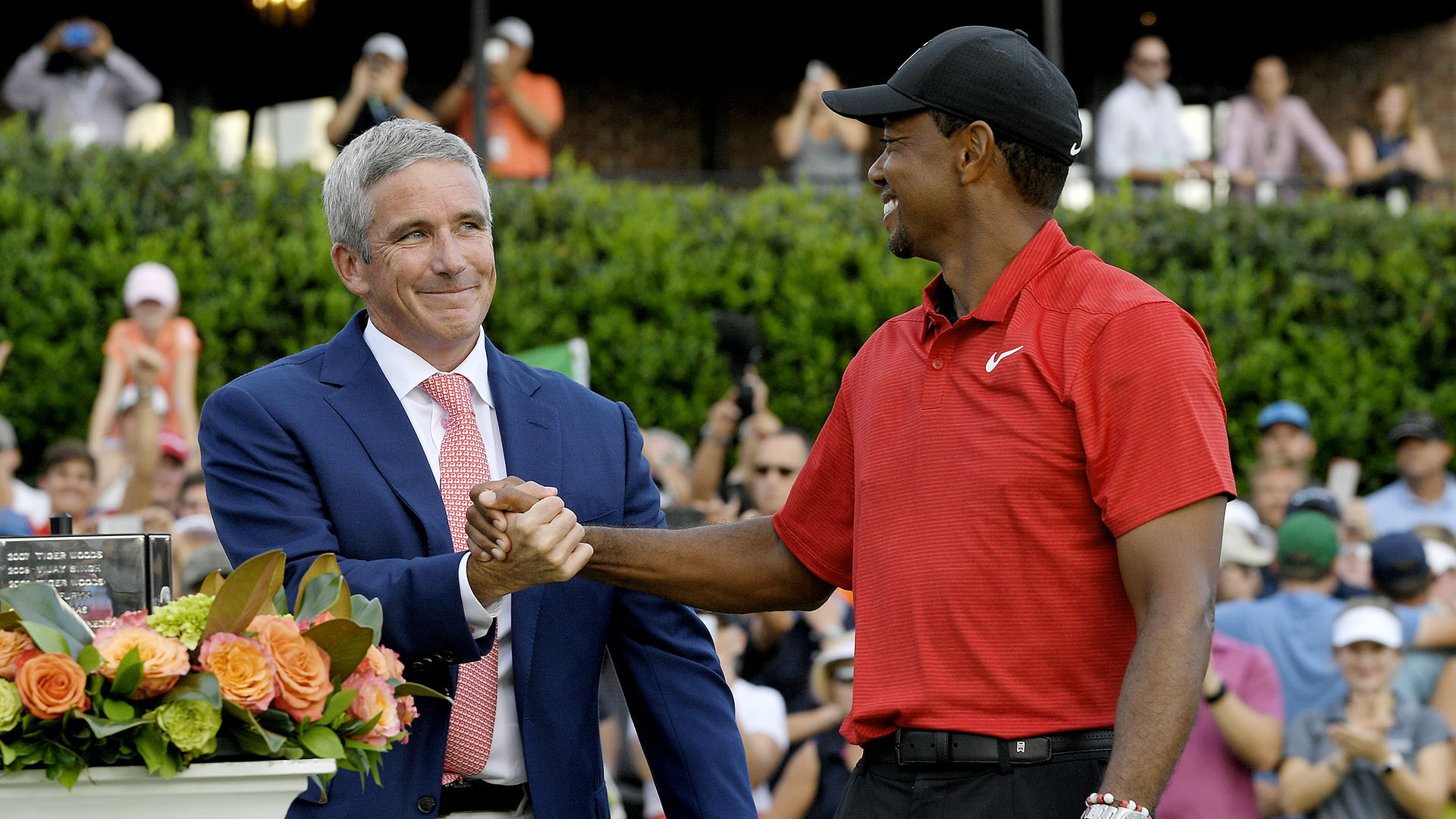 When it comes to the new mandatory participation requirement for the PGA Tour’s Player Impact Program, it appears the rules continue to be malleable.

Initially, PGA Tour commissioner Jay Monahan laid out the guidelines at last summer’s Tour Championship, stating that in order to be eligible for the PIP, a player must compete in all 13 elevated events plus three other tournaments. Then in November, Tour members were notified that players would be allowed to skip one elevated event and still be entitled to their full PIP payout; Rory McIlroy and Shane Lowry took advantage right away, both missing last week’s Sentry Tournament of Champions.

Now, Monahan is opening the door for even more exceptions.

Speaking to reporters at Kapalua, Monahan was asked the hypothetical question as to what would happen if a player were to miss multiple designated events – the term elevated has apparently been removed from the lexicon, according to Golf.com’s Dylan Dethier via Monahan himself.

“Guys are going to play the events. So that’s the policy,” Monahan said. “I have discretion, OK? This is something we haven’t done before. So ultimately, if that happens, then that’s, going back to your earlier question, at the end of the day I’ll work with our team, I’ll understand the situation, and we’ll make a decision.”

The clear example is Tiger Woods, the two-time defending PIP champion who has already stated that he only plans on playing the majors and maybe one or two other tournaments per year because of his physical limitations.

Per Monahan, Woods seems to be exempt from any sort of PIP penalties.

“Tiger isn’t going to get a decrease,” Monahan said. “I think it’s hard for me to say what’s going to happen until it actually happens, OK? But I don’t see that happening.”