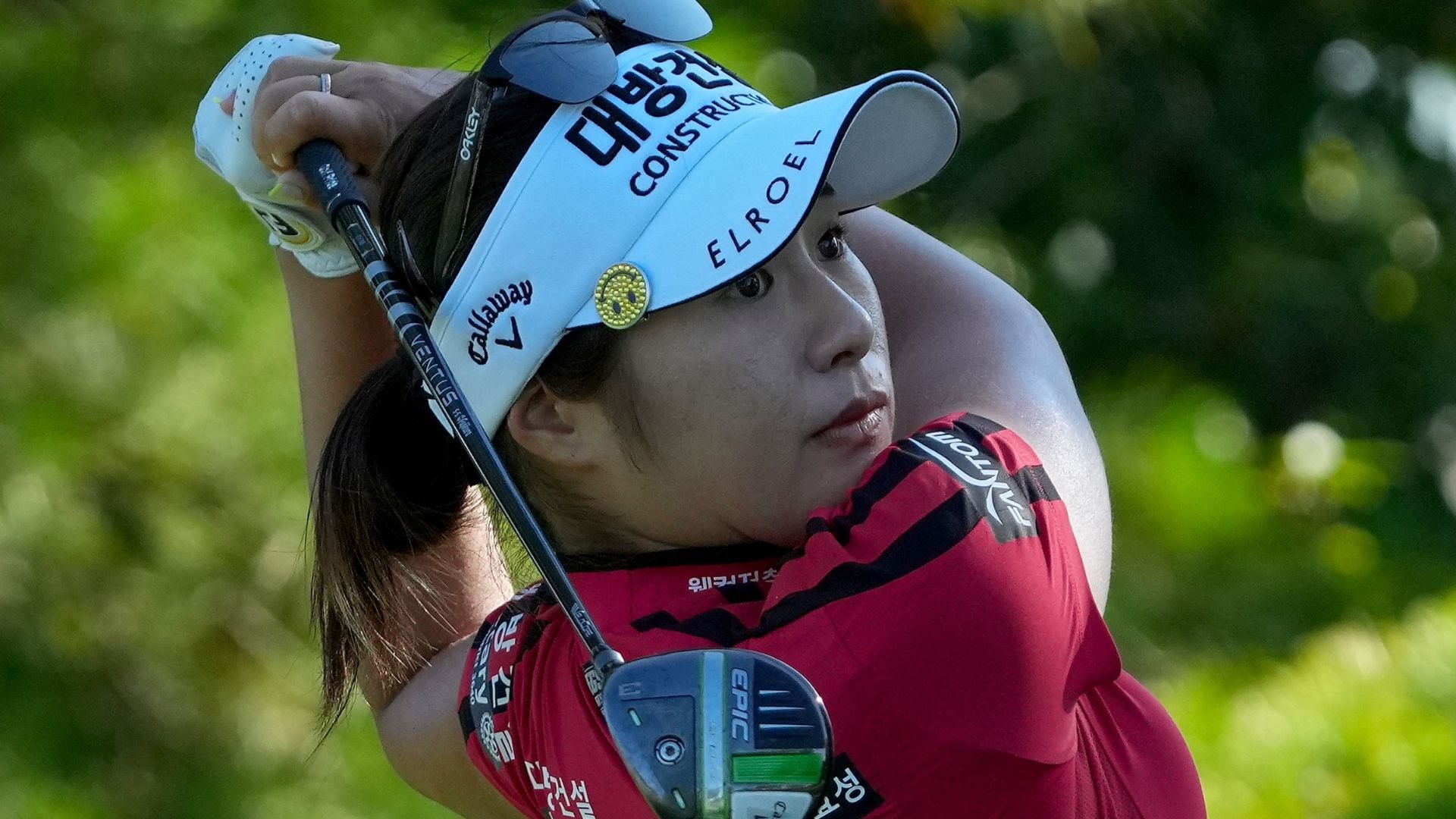 
CINCINNATI — Without a top 10 since the Asia swing in early March, Jeongeun Lee6 posted her best score in nearly a year on Friday with a 9-under 63 that gave her a one-shot lead in the Kroger Queen City Championship.

Lee6 has gone three years since her lone win on the LPGA Tour at the 2019 U.S. Women’s Open, and the 26-year-old South Korean hasn’t contended since Singapore at the HSBC Women’s World Championship.

She was at 13-under 131, one ahead of Janet Lin of China, who had a 68. Ally Ewing had six straight birdies on the front nine and shot 64, leaving her two behind.

Lee6 was never under much stress and was at her best around the turn at Kenwood Country Club, making seven birdies in a 10-hole stretch.

“It was a good bogey-free round, and it’s been a while I played bogey-free, so I’m really satisfied with my game today,” Lee6 said. “Two more rounds, so I’m just going to focus on my swing. I’m focusing on just downswing, so I did really well today.”

A teenager still in high school will be around for the weekend at the first LPGA Tour event in Cincinnati since 1989. Anna Davis, the 16-year-old from the San Diego area who won the Augusta National Women’s Amateur, had a 66 and was at 4-under 140.

Davis has made the cut in three of her five LPGA starts this year, one of them a major at the Evian Championship. She also made the cut two weeks ago in Canada. She was tied for 26th going into the weekend in Cincinnati.

“I’m very excited,” Davis said. “I’m not very in contention, but kind of finally up there on the leaderboard a little bit, so it’ll be nice to see if I can keep climbing the leaderboard on the weekend.”

Gianna Clemente, the 14-year-old who splits time between Ohio and Florida, wasn’t so fortunate. This is her third straight LPGA start — getting through Monday qualifying each time — and she opened with a bogey-free 70 to have a good chance at the weekend.

But she only made one birdie, twice took bogey on par 5s and wound up with a 77 to miss the cut by four shots.

The cut was at 1-under 143 on a course that hasn’t hosted an LPGA-sanctioned tournament since the 1963 U.S. Women’s Open. Another major, the LPGA Championship, was in the area for 10 years until 1989.

Maria Fassi is desperately looking for a breakthrough, and halfway through the Kroger Queen City Championship, she can taste one.

The weekend will not include U.S. Women’s Open champion Minjee Lee, who leads the Race to CME Globe, or American star Lexi Thompson. Lee never recovered from a 76 in the opening round. She had a 69 on Friday.

Thompson, who played in the final group a week ago at the Dana Open, went 36 holes without a birdie. She did hole a wedge for eagle on the seventh hole, though that was her lone score under par. Thompson had 16 pars and a bogey for a 71.

Paula Creamer made the cut in her second event back since having her first child. She had a 70 and was at 2-under 142.

Ten players were within five shots of Lee6.

Maria Fassi, the big-hitting Mexican who has struggled to keep it in the short grass, followed a 68 with a 66 and was three behind, along with Sarah Kemp of Australia (68).

Megan Khang, a runner-up last week, had a 66 and was four behind.

Fassi, Kemp and Khang have yet to win on the LPGA Tour, though this year already has produced eight first-time winners.

Fassi finished with five birdies on her last six holes.

“Last week it was the opposite for me. I didn’t quite finish the way I wanted on the Friday and I think it carried to the weekend,” Fassi said. “So I’m just hoping that I flip the script this week and just continue to build on how good I’ve been playing these first 36 holes. I’m excited to see what we can do this next couple of days.”