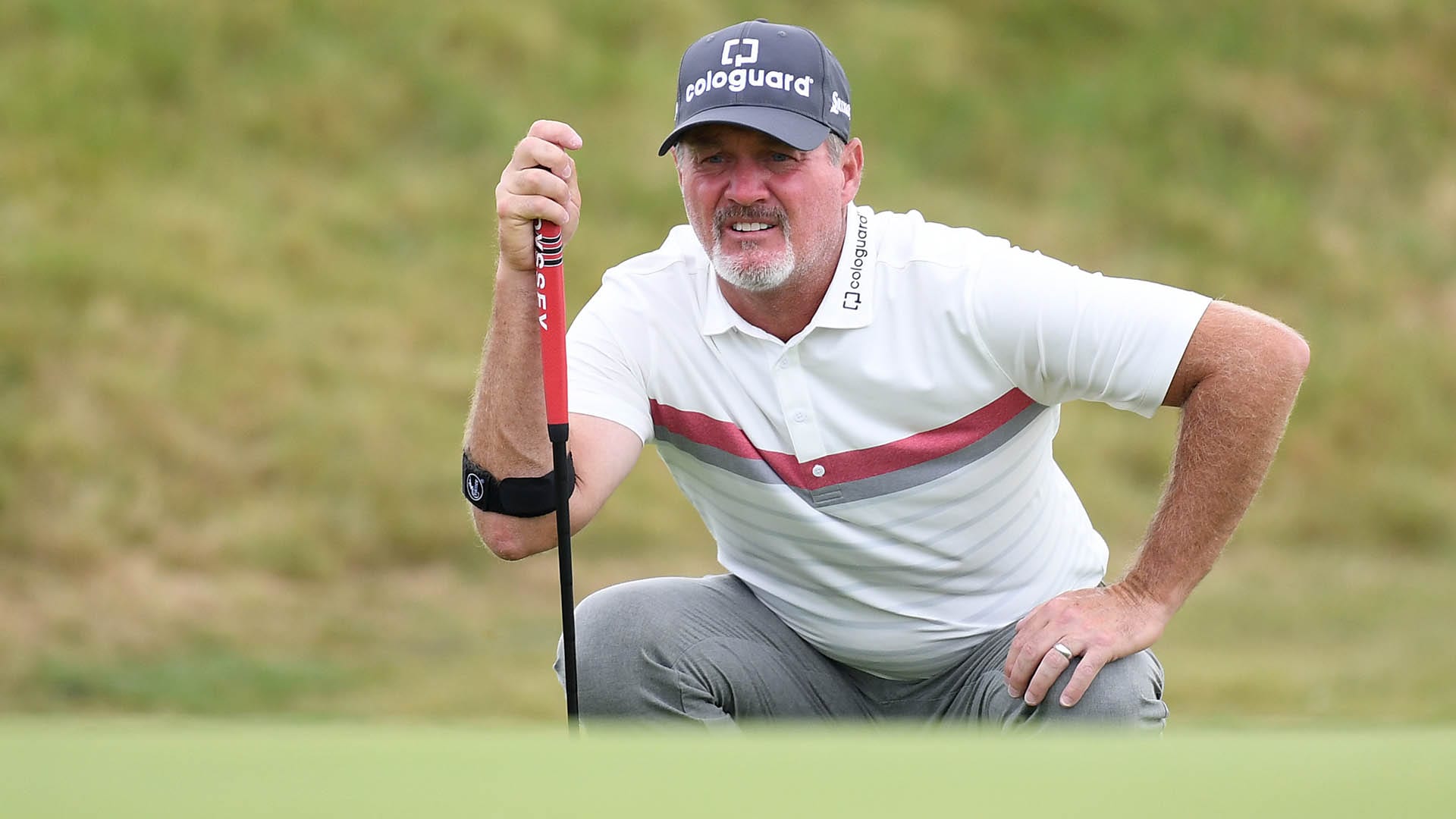 AKRON, Ohio – Jerry Kelly bogeyed two of the last four holes for another even-par 70 on Firestone’s challenging South Course, leaving him with a one-stroke lead Saturday in the Bridgestone Senior Players Championship.

The only player at par or better after two days in the PGA Tour Champions’ first major of the season, Kelly – at 2 under – had some company in red numbers going into the final round.

Woody Austin and Scott Parel each shot 67, and Colin Montgomerie had a 68 to get to 1 under on the testing course that was the longtime site of a PGA Tour event and later a World Golf Championship tournament.

Kelly played the back nine in 2 under with three birdies and a bogey to reach 4 under. He countered a bogey on the par-4 11th with a birdie on the par-4 13th, then dropped two more strokes with bogeys on the par-3 15th and par-4 17th.

“I could have made two or three more birdies,” Kelly said. “I was burning some edges. You’re going to make mistakes out here, I know that. I just need to make birdies to counteract those mistakes and limit the mistakes. So, even par is not a bad day. But I didn’t like giving them away.”

Parel rebounded from a bogey on 17 with a birdie on 18.

“Lucky for us, we had a little help off the tee, makes that hole a little shorter,” Parel said. “I hit a big drive yesterday and had a short shot, so I thought if I hit a good one, I would have a wedge in my hand. And I did. I hit a good shot and made a good putt.”

Austin had four birdies and a bogey.

“Really played good today,” Austin said. “Reminded me of a 30-something kid that used to hit it pretty good. I was struggling the first two days driving off the tee and today I drove it really well. And all my good irons kept going and I hit it really close. That’s probably the worst score I could have shot.”

Miguel Angel Jimenez was fifth at 1 over after a 69.