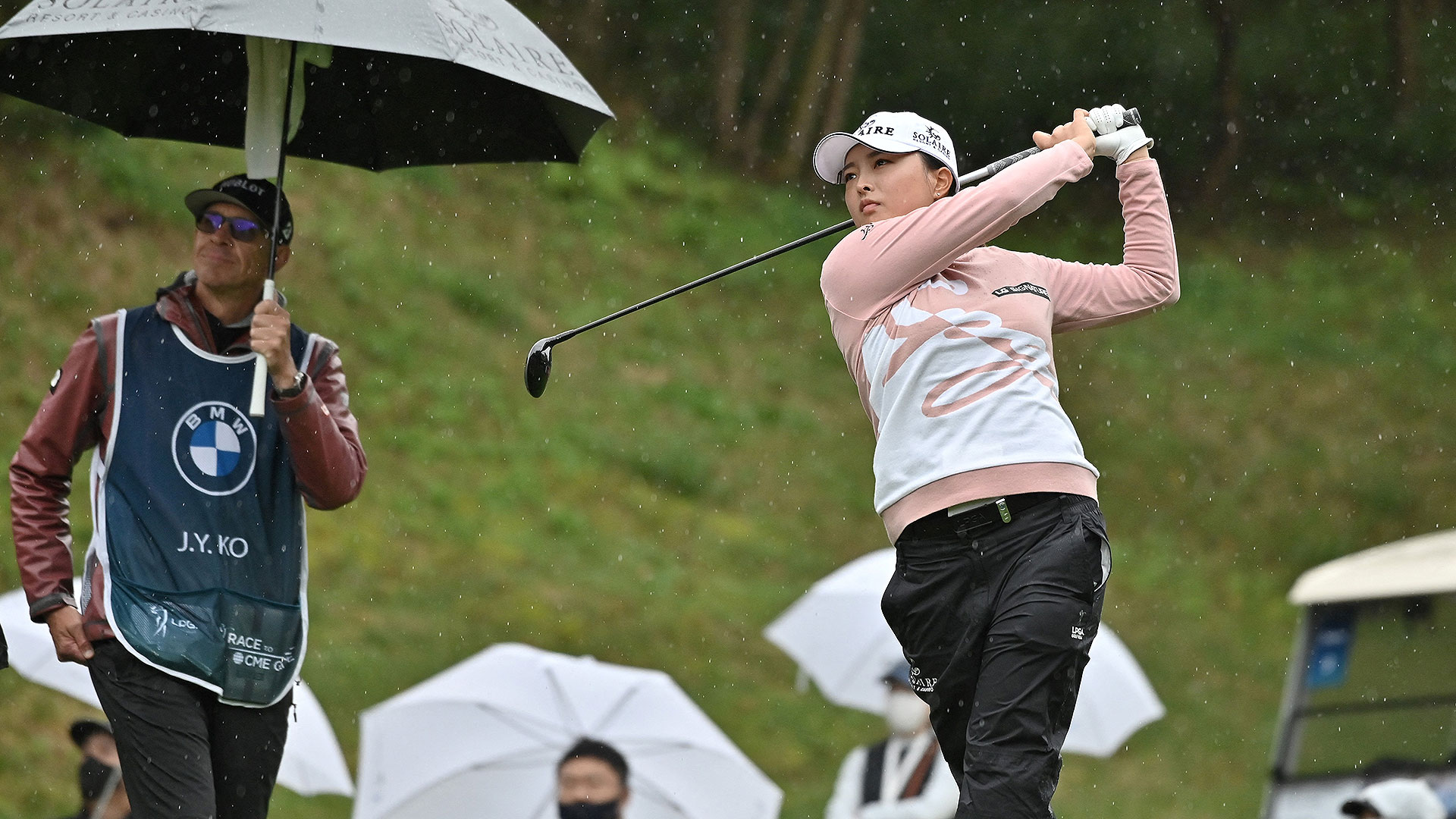 “I was able to tie with Annika and So Yeon because I worked hard every moment and I gave it my best every hole and every shot,” Ko said. “This in itself is really meaningful, and really 14 consecutive rounds in the 60s is not easy. I worked hard a lot, and also you need a bit of luck as well.”

Ko said she’s looking forward to better weather for the next three rounds in Busan.

Ko was seven strokes behind leader Na Rin An, who shot 64.

In Gee Chun and Ju Young Pak had 65s and were tied for second.

American Danielle Kang, whose father was born in Busan, shot 66 and was in a group tied for fourth.

Defending champion Ha Na Jang, who won the Busan tournament when it was last played in 2019, shot 74.

The Ladies Championship is the only Asia event in the fall season. The LPGA started out with a four-tournament Asia swing until events in Shanghai, Japan, and Taiwan were either canceled or removed from the schedule.

There are two tournaments left before the season-ending CME Group Tour Championship in Florida.