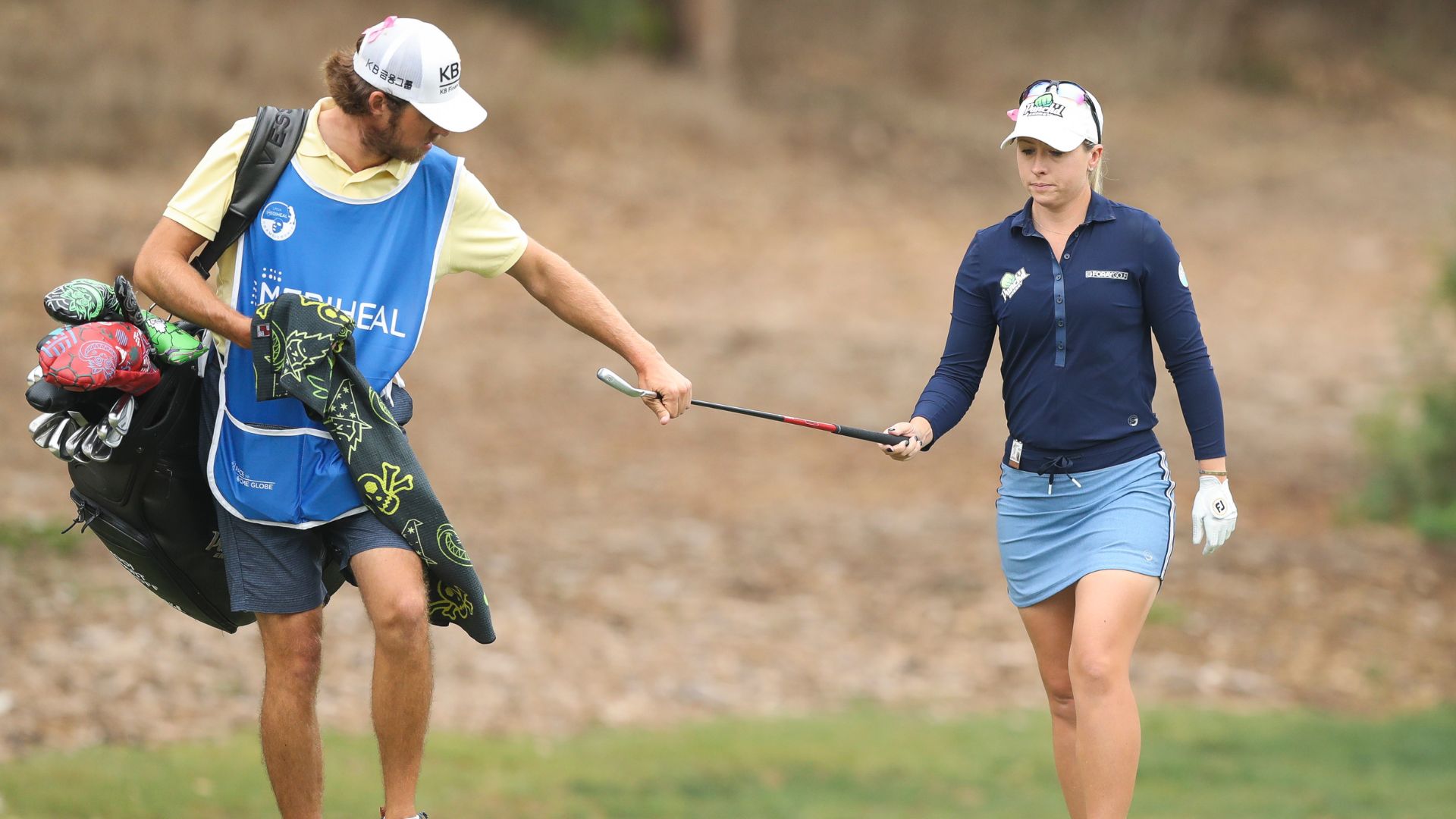 CAMARILLO, Calif. — Jodi Ewart Shadoff has played 245 times on the LPGA Tour and never had a better chance at winning as now. She played bogey-free Saturday for a 3-under 69 to keep her four-shot lead in the LPGA Mediheal Championship.

Ewart Shadoff picked up two birdies on the front nine at The Saticoy Club, added another on the par-5 14th and then kept a clear card to the end.

She was at 14-under 202, four shots ahead of Paula Reto of South Africa, who captured her first LPGA title last month in Canada.

Andrea Lee, who won her inaugural LPGA Tour event at the Portland Classic three weeks ago, had a 66 and was in a tie for third with Celine Boutier of France, who also had a 66, and former Women’s British Open champion Hinako Shibuno (68).

There were low scores available, and Ewart Shadoff did enough to keep herself in prime position for a victory that has been more than a decade in the making.

Reto played with the 34-year-old from England and knows what she’ll be facing.

“She’s playing really steady, real strong, not making any bogeys, so I’m going to have to try to do the same and just give myself opportunities, but try not to think about it, have fun and enjoy it as well,” Reto said.

For most players, the struggle is having a good attitude on greens that are slower than usual. Lee finally made the adjustment in her round of 66. She said the key was to get a little more aggressive with the putts.

“The greens aren’t as fast as we normally play them,” Lee said. “Just getting used to that and making sure that the ball actually gets to the hole to have a chance at making putts.”

Danielle Kang, who went to school on the other side of the foothills at Pepperdine, had a 68 and was in the group six shots behind with former U.S. Women’s Open champion Yuka Saso (68) and Xiyu Lin (70), who has three runner-up finishes this year in her bid to win for the first time.

Kang didn’t hide her frustration with the pace on the greens, saying it was so frustrating that she and Hye-Jin Choi (72) began playing money games.

“I think the greens are just so slow and I think they need to cut them,” Kang said. “I think members are pretty upset. They’re coming up to me for the last four days infuriated that the greens are playing this slow. We both couldn’t get it to the hole. Eventually, we started playing money games and start smashing putts. That’s how we started making birdies on the back three holes.”