Jon Rahm hangs on for Memorial win to become world No. 1 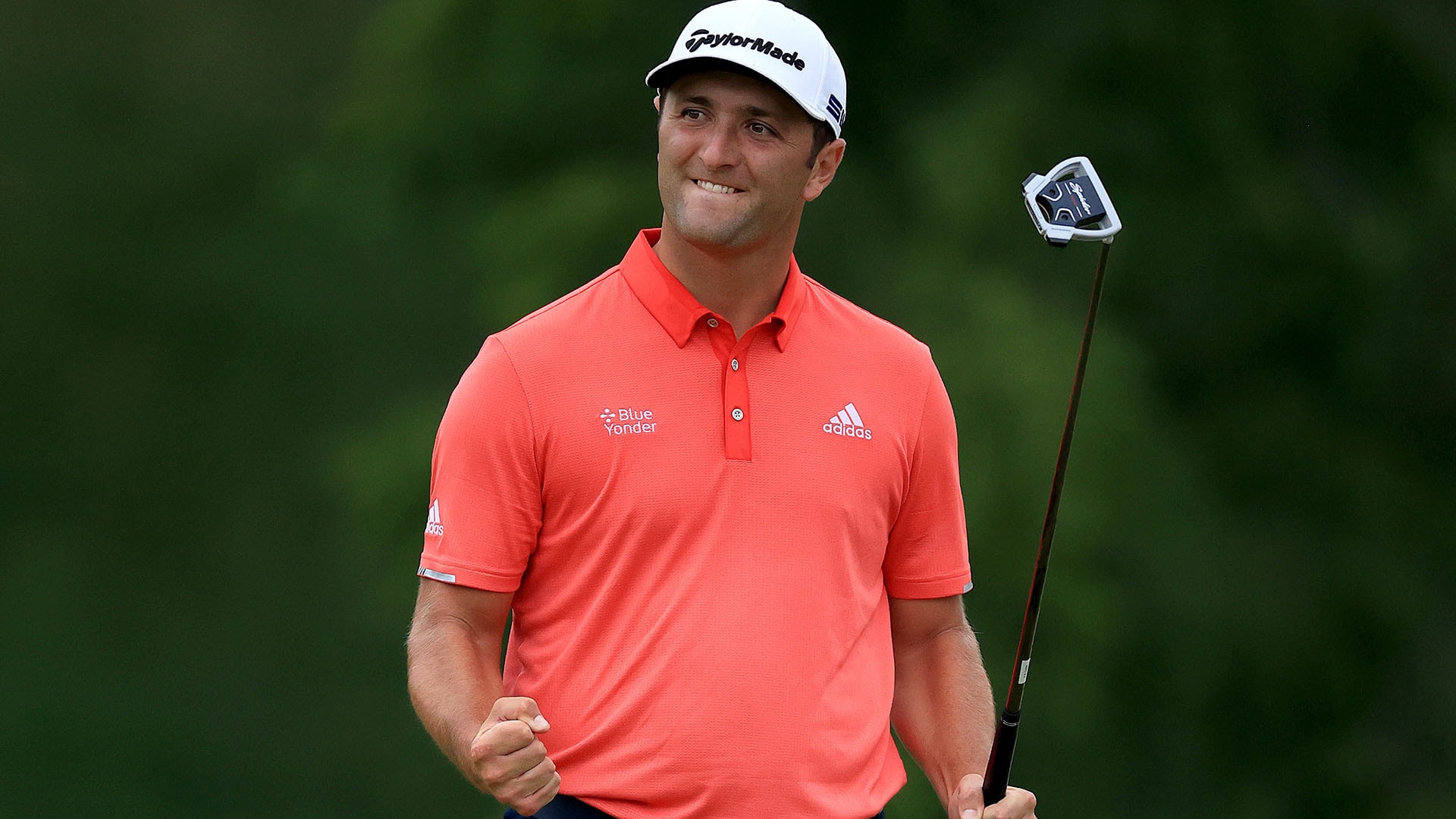 
It wasn’t quite the romp it once seemed destined to become, but in the end Jon Rahm did just enough to get the trophy at the Memorial Tournament. Here’s how things ended up in Dublin, as Rahm got his first win of the year despite a late penalty and became world No. 1 in the process:

What it means: Rahm started the final round with a four-shot lead, and he had doubled that margin by the time the leaders made the turn. But things got a little too close for comfort down the stretch, as Rahm stumbled and allowed Palmer to get within three shots with four holes to play. But a chip-in on No. 16 proved pivotal (and controversial), as Rahm ended up with a three-shot win. The victory is Rahm’s first on the PGA Tour as an individual since January 2018, and it will lift him past Rory McIlroy to world No. 1 for the very first time when the new rankings are published Monday. Palmer and Mackenzie Hughes (T-6) both qualified for this year’s U.S. Open with top-10 finishes, while Tiger Woods closed with a 4-over 76 to finish T-40.

After opening 71-76 at the Memorial, Tiger Woods repeated that to finish out his first start in nine months. Let’s sum up his week and look at what’s ahead.

Round of the day: With Muirfield Village burnt to a crisp, low scores were hard to find for the second straight day. But Fitzpatrick made the day’s biggest move with a 4-under 68, going from outside the top 15 to solo third place. The Englishman dropped his only shot of the day on the opening hole, adding three birdies on the back nine including a 7-footer on the 18th hole that ultimately secured a hefty payday.

Best of the rest: It wasn’t the lowest score, but Rahm’s 3-over 75 proved to be just what he needed to turn an advantage into a victory on a demanding track. Rahm was on cruise control on the front nine, circling two birdies against seven pars, before playing Nos. 10-14 in 4 over to bleed away much of his lead. What looked like a third birdie on No. 16 turned into a bogey after a two-shot penalty, but that only factored in the final winning margin.

Biggest disappointment: Tony Finau seemed like the guy to beat through 36 holes, but the weekend proved a far different story. Finau ballooned out of the gates Sunday, making the turn in 6-over 42 after playing Nos. 4-6 in 5 over. He finally rolled in a few birdies on the back nine, but a closing 78 dropped him to 2 under for the week and eight place overall.

Shot of the day: Rahm flew the green on the par-3 16th into a treacherous spot, short-sided in deep rough. But his escape channeled memories of a similar shot from Tiger Woods in 2012, as Rahm flopped it out of the heavy stuff and watched it roll into the cup for what looked like a birdie. Subsequent video reviews showed that Rahm barely caused the ball to move while grounding the club, leading to a two-shot penalty that meant the chip-in ultimately counted as a bogey.

Quote of the day: “Anytime I can join the Spanish history with Seve, it’s unbelievable.” – Rahm, who becomes the only Spaniard besides Seve Ballesteros to reach world No. 1.