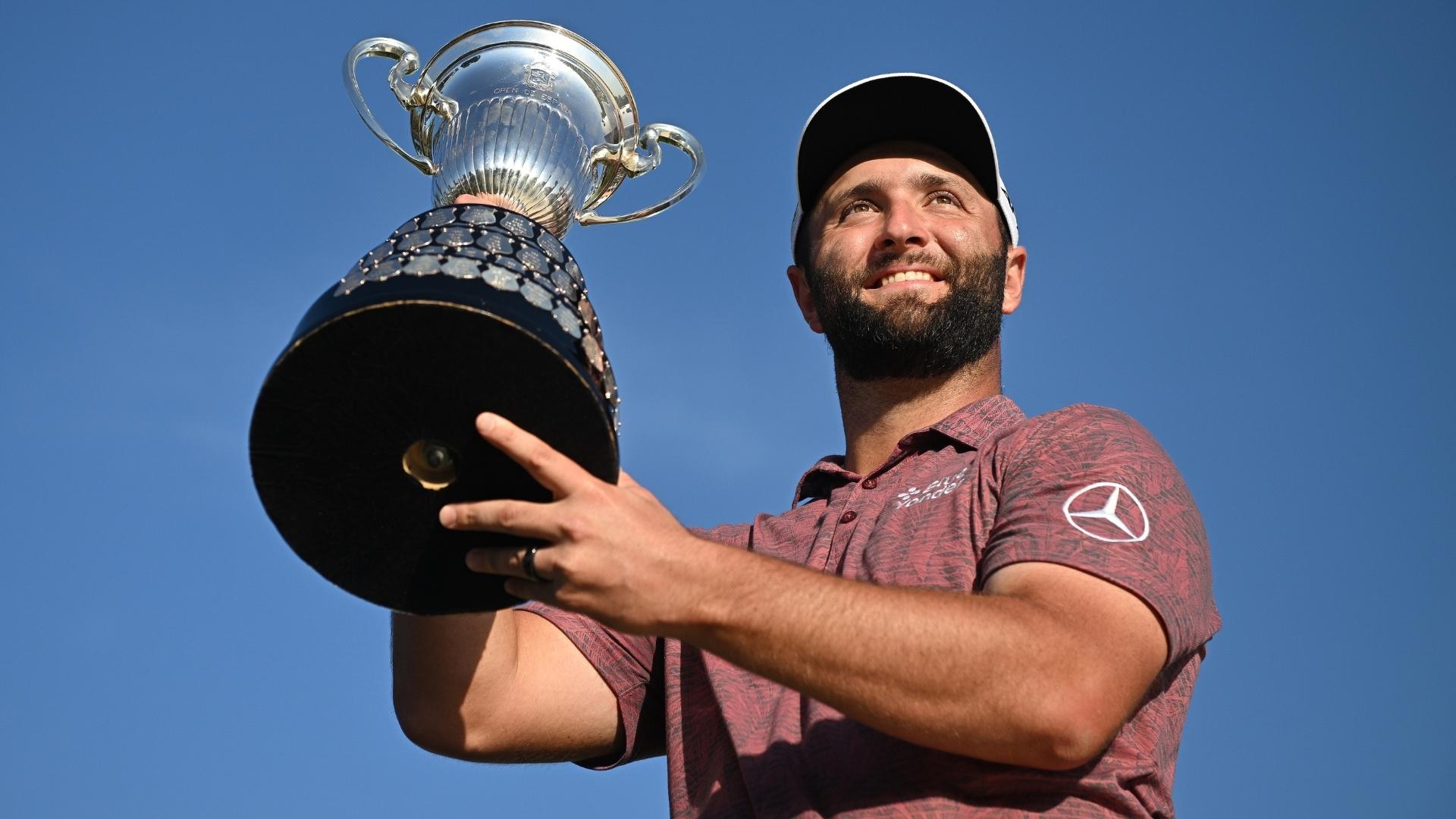 MADRID — It took a year longer than he’d hoped for, but Jon Rahm is finally a three-time winner of the Spanish Open, matching the achievement of his hero Seve Ballesteros.

There was frustration and disappointment after Rahm finished his home tournament last year, when he failed in his first attempt to match the three titles won by the Spanish golfing great.

It was a lot different this time, as Rahm raised his putter and gave a hard fist pump after making his second-straight birdie to close out a remarkable final round 9-under 62 for a six-shot win at the Club de Campo Villa de Madrid on Sunday.

He finished at 25 under for the week, bettering his own tournament record from 2019 by three shots. Matthieu Pavon of France was second after a 6-under 65.

“My lowest round out here, my lowest score out here. It was pretty much a perfect week,” Rahm said.

A loud “Viva Seve” shout was heard from the crowd that packed the 18th green just as Rahm’s six-foot birdie putt was on its way.

“It was the goal coming in,” the 27-year-old Rahm said. “Seve is a great hero of mine and to do something he took his whole career to do in just a few years is quite humbling, I’m not going to lie.

“I understand it might not be the strongest field I play all year, but sometimes these can be the hardest to win,” the world No. 6 said. “I’m supposed to win, everybody is betting on me to win, and to come out and play a Sunday like I just did is hard to describe.”

Australian Min Woo Lee (68), who was in the final group and challenged Rahm all week long, couldn’t keep up on Sunday and finished third, another stroke back.

It was never a contest, as Rahm played his best golf of the week.

He made eight birdies, an eagle and one bogey. His lead was up to five after the 14th hole when he nearly made an albatross two on the par-5 hole — his ball hitting the flag a tad too hard and going past the hole.

It was Rahm’s second win of the year after his triumph at the Mexico Open in May. It was his eighth DP World Tour victory overall.

Ballesteros won the last of his 50 titles on the DP World Tour at this tournament in 1995. Rahm’s other Spanish Open titles came in 2018 and 2019. He struggled last year — finishing in a tie for 17th — after arriving as the top-ranked player following his U.S. Open victory.

Before the tournament started in the Spanish capital, local activists dropped cement in some holes to protest the alleged mismanagement of water in golf courses. Organizers said they use water sustainably.

Play was not affected as the cemented holes were not used on the tournament’s course, organizers said.