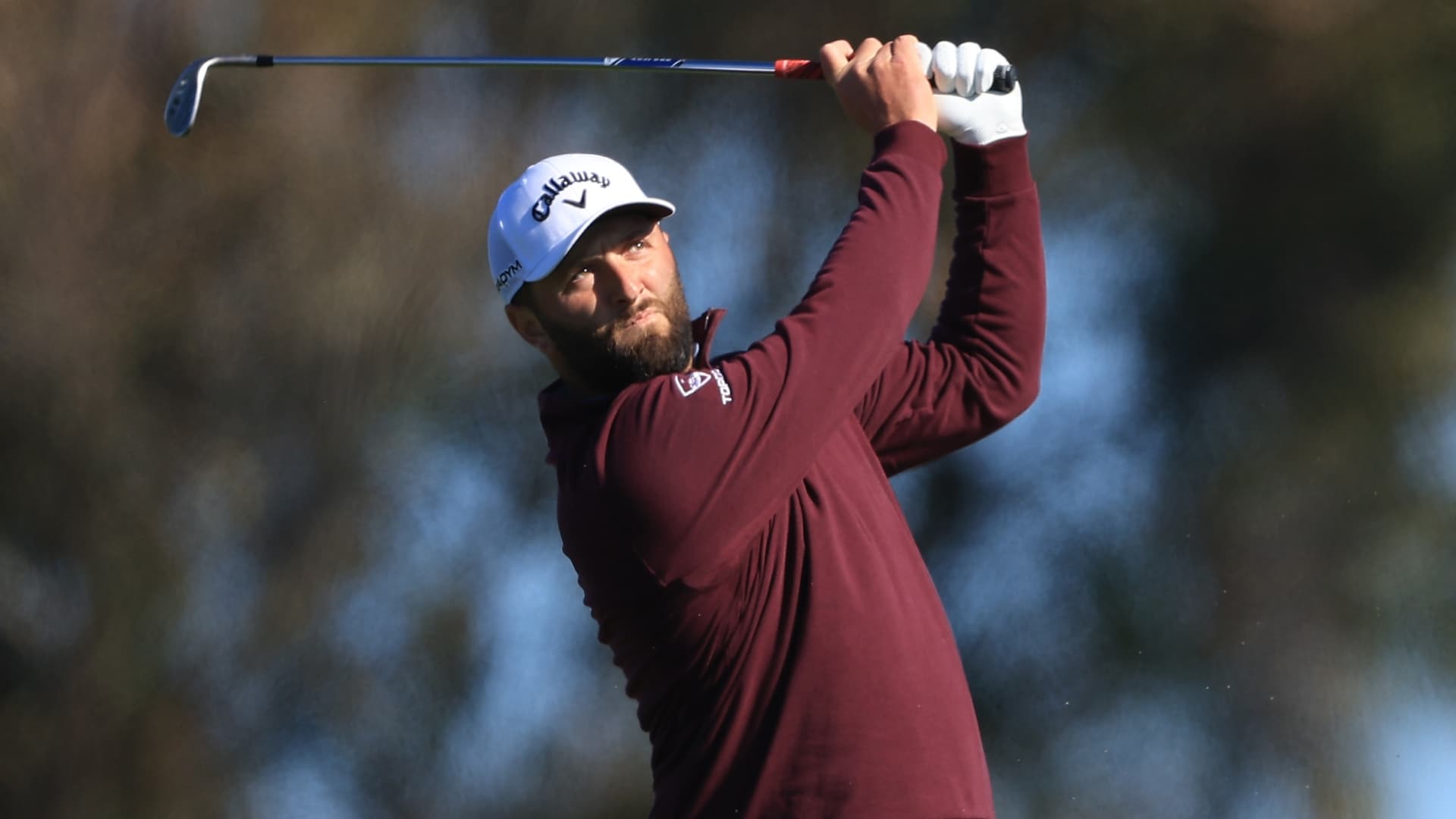 SAN DIEGO — Jon Rahm struggled to a 1-over 73 at Torrey Pines South, which has become one of his favorite courses, while Sam Ryder, Aaron Rai and Brent Grant all shot 8-under 64 on the more forgiving North Course on Wednesday to tie for the first-round lead at the Farmers Insurance Open.

Rahm, ranked No. 3 in the world and trying for his third win in as many starts, made a double bogey on the par-4 seventh hole and was continually left frustrated on the South Course. He earned his first PGA Tour victory in 2017 at the municipal courses on a bluff above the Pacific Ocean and then won the U.S. Open on the South Course in 2021.

Rahm, who is trying for his 10th-career Tour win, was tied for 116th with 11 others, including playing partner Tony Finau and Justin Rose.

“Not good,” the Spanish star said as he signed autographs in the fading sunshine. Rahm won The American Express at PGA West in the Coachella Valley last weekend and the Sentry Tournament of Champions at Kapalua two weeks earlier.

Ryder, Rai and Grant have never won on tour. Ryder is coming off three-straight missed cuts. Grant’s last four rounds have been 74 or worse. They took a one-shot lead over Brendan Steele, who was at 7-under 65, with seven players bunched another shot back at 6-under 66. Defending champion Luke List and Collin Morikawa, ranked No. 8 in the world, were in a group of seven at 5-under 67.

The top six finishers and 13 of the top 18 played the North Course. Players will switch courses on Thursday, with stronger wind in the forecast, and play the final two rounds on the South Course.

PGA Tour rookie Sam Stevens and Andrew Novak had the best rounds on the South Course. Both were in the group at 66.

Rahm was 2 under through six holes before he sent his second shot on No. 7 over the green into a brushy native area. After taking a penalty and a drop in the right rough, he chipped onto the green and two-putted.

“No. 7 was arguably the best swing of the day that cost me two shots,” Rahm said. “I’ve hit that shot over 25 times in the past with the same wind, and I’ve never seen a ball get pin high. And today we don’t know what happened. Somehow it ended up flying the pin by 10 yards and in the hazard. If it just flies the green and stays in the rough, it’s OK. But that was costly.

“The main thing on the round today, with the tee shots I hit on 6, 7, 12 and 13, I was 3-over par,” Rahm added. “In any other given round I’ve played here in the past I’m actually playing that at least even par to under par, so it’s easily a three- to five-shot swing and that’s the difference.”

Ryder, a 33-year-old still looking for his first Tour victory, opened his round with an eagle on the par-5 10th.

“No. 10 is one of the easier holes on the course, short par 5, beautiful hole going down toward the ocean,” he said. “You’re really thinking it’s nice to hit it in the fairway, hit it on the green. You’re thinking OK, maybe I can make a 4. I wasn’t really thinking attack, attack, but there wasn’t much to the putt. It was actually fairly straight, and it was one of those when it was halfway there, it looked pretty good, and it just kind of fell in perfect. It’s almost like a little bit of a bonus, but it’s really nice to start the round with a birdie or eagle.”

DIVOTS: With the Wednesday start, no one had a quicker turnaround than Scott Brown. He was competing on the Korn Ferry Tour in the Bahamas, a tournament that started Sunday and concluded Wednesday. After making the cut on Monday, Brown realized he was first alternate for Torrey Pines when John Huh withdrew. Brown withdrew from the Bahamas, flew to San Diego on Tuesday and was in the first group out Wednesday morning. He shot a 3-under 69 on the North Course.