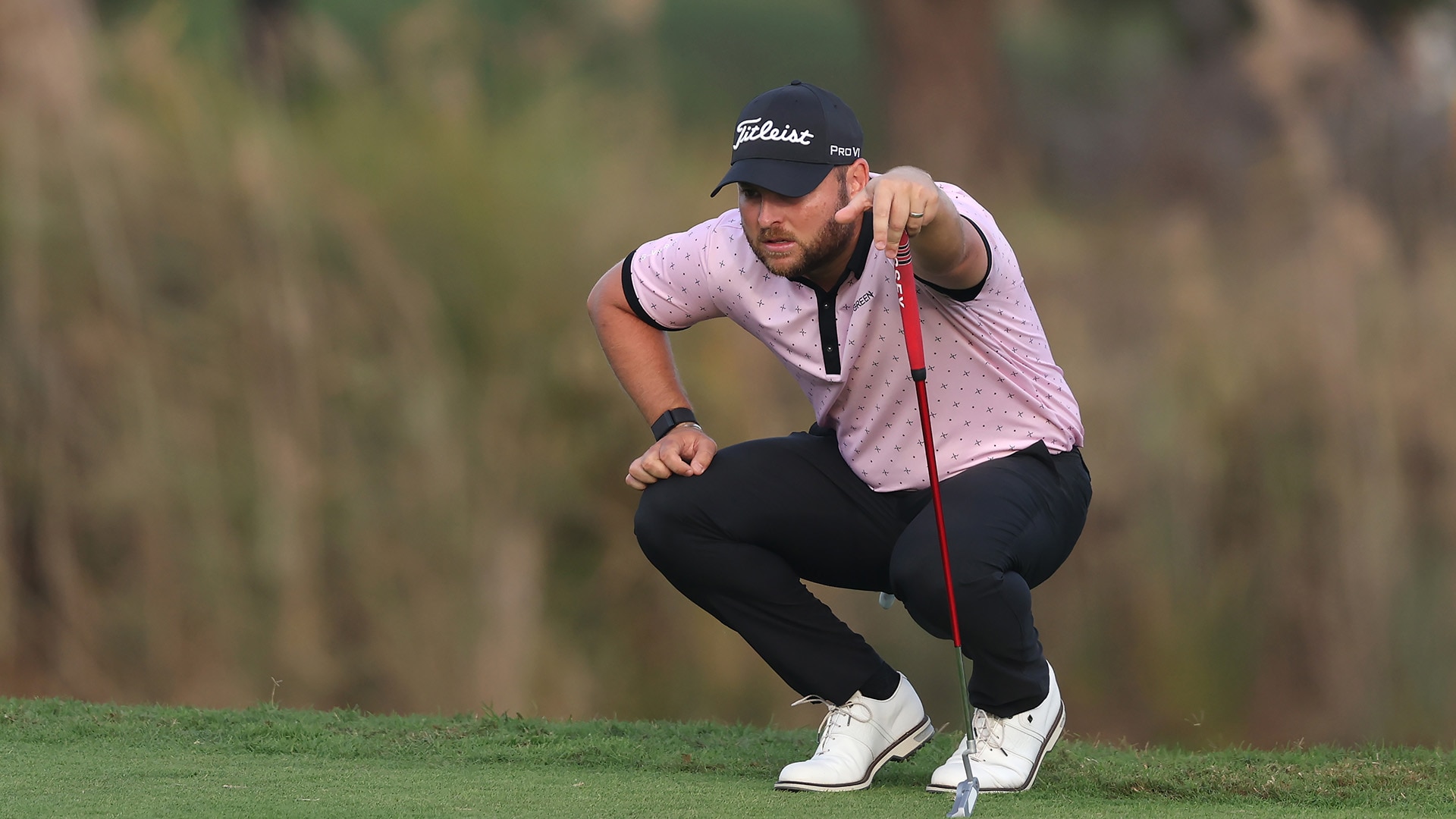 VILAMOURA, Portugal — Jordan Smith will take a two-shot lead into the final round of the Portugal Masters after staying atop the leaderboard for a third straight day.

The Englishman shot 9-under 62 after eagling the par-4 15th hole and making eight birdies to go with a sole bogey on Saturday at the Dom Pedro Victoria Golf Course.

Gavin Green of Malaysia, who shared the lead with Smith entering the day, is still his nearest chaser after his 64.

“It’s a lot of good stuff. It’s the best I’ve putted for a long, long time,” Smith said. “I’m just going to go out there and play the attacking golf that I’ve done the last three days.”

Smith has excelled in Portugal despite feeling ill on Thursday and Friday. His one European tour win came in 2017, but he has two runner-up finishes this season.

“If (the win) happens, then brilliant, it’s the cherry on the cake this year,” Smith said.

Sebastian Heisele, who is playing his last DP World Tour event before retiring, is third at five shots off Smith’s pace.

Another four players are seven back.