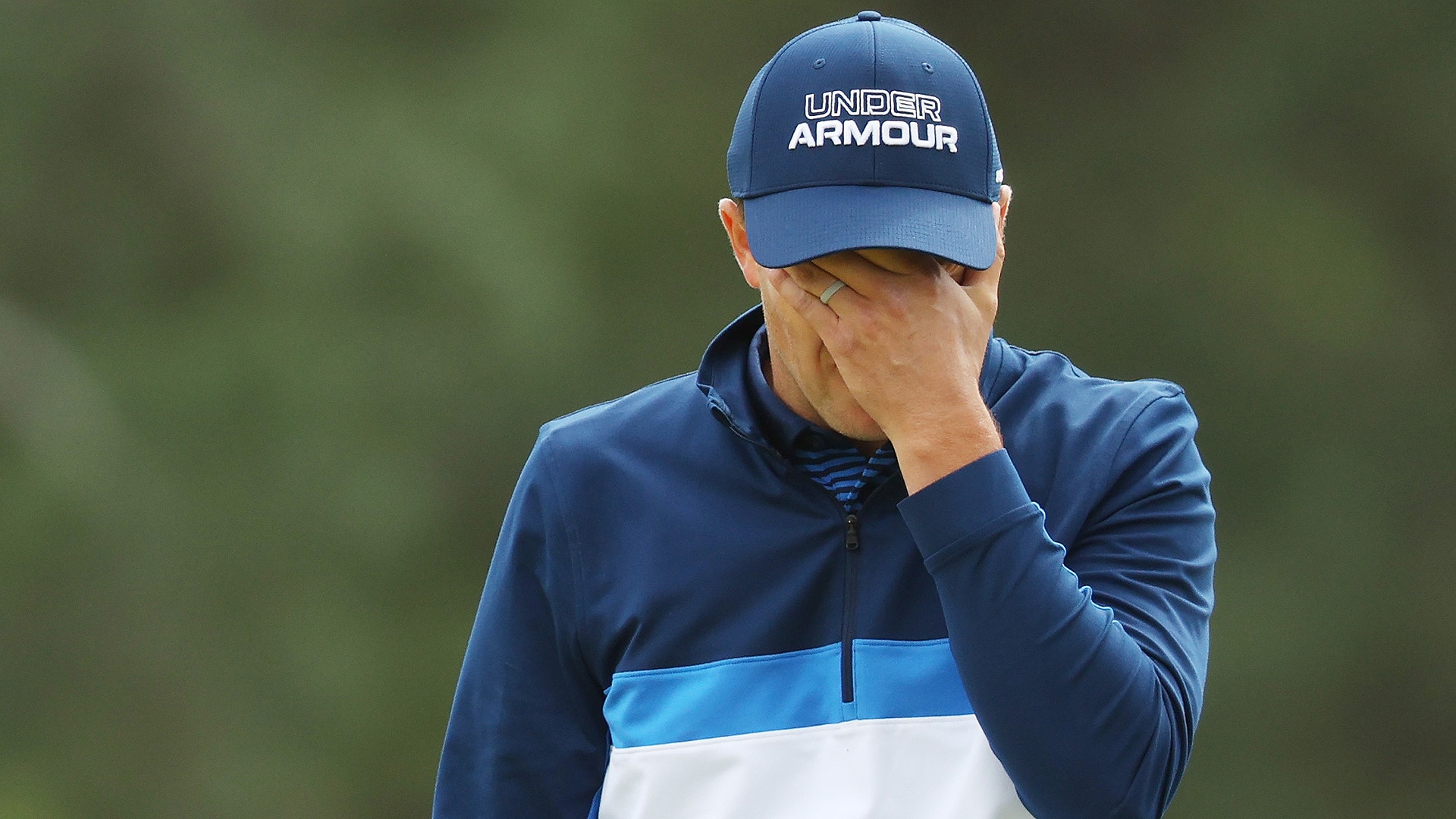 As he did during the final round of the 2016 Masters, Spieth rinsed two balls in Rae’s Creek while playing the iconic par-3, nicknamed Golden Bell, on Friday. And though he bested his score from six years ago thanks to an up-and-down from 35 yards to 4 feet for triple bogey, Spieth still punched an early ticket home at 6 over.

Spieth capped a 4-over 76 with a double bogey at the par-4 finishing hole to finish two shots off the cut line, his first missed cut at this tournament in nine starts. In his previous eight appearances, he boasted a win (2015) and four other top-3 finishes.

Joining Spieth at 6 over was another pre-tournament favorite, Brooks Koepka, who carded three bogeys in his final five holes to shoot a second straight 75. He played the second nine in a combined 8 over with no birdies to miss his second straight weekend at the Masters.

Bryson DeChambeau, who entered the week battling wrist and hip injuries, followed his first-round 76 with a jarring 80. At 12 over, he notched only three birdies and beat just seven players who completed two rounds.

Sam Burns (5 over), Xander Schauffele (7 over), Abraham Ancer (7 over) and Justin Rose (8 over) were some others who failed to finish 36 holes among the top 50 and ties.