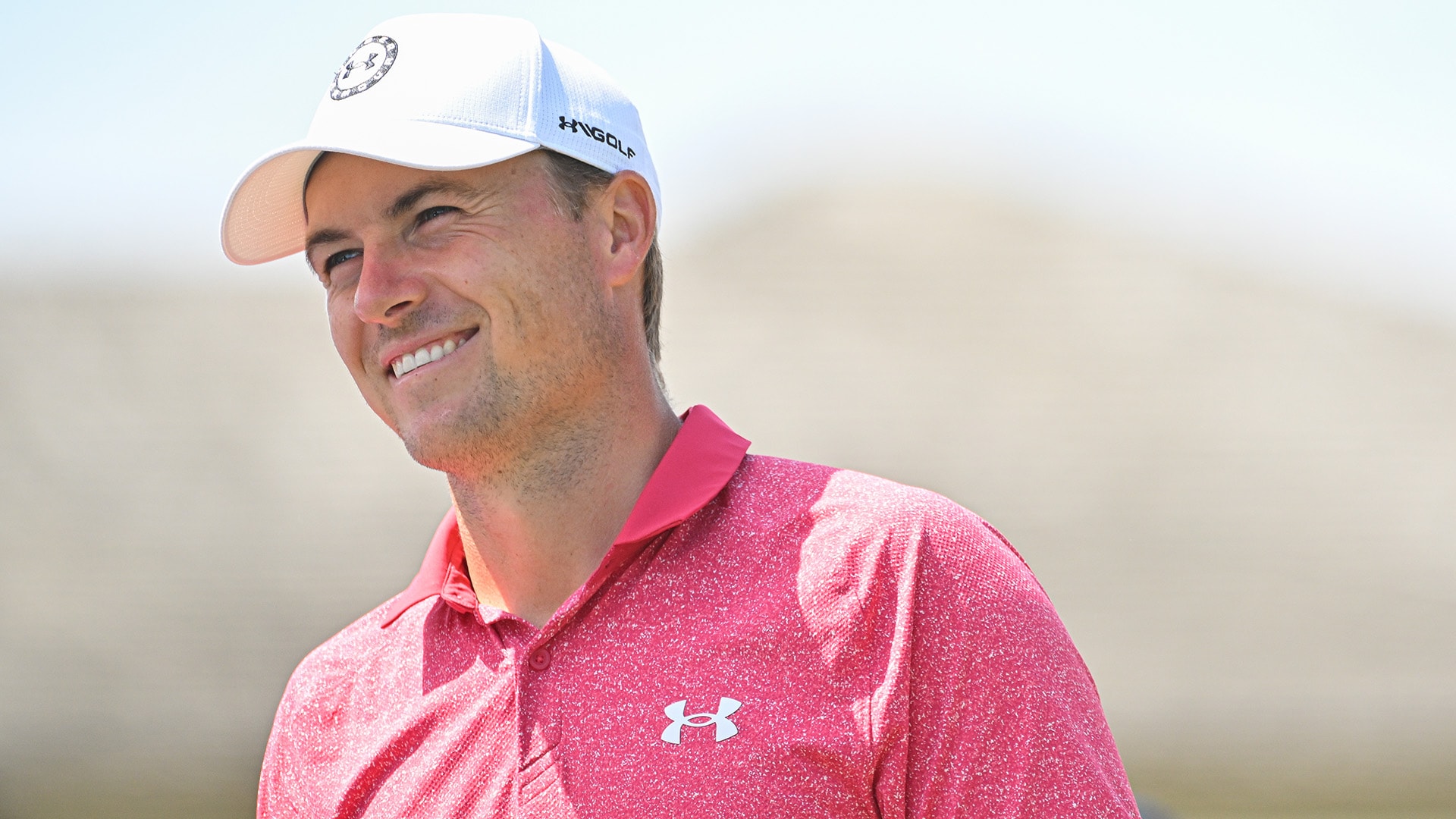 
Jordan Spieth and Scottie Scheffler hit the pickleball court last week to take on Dallas Mavericks legend Dirk Nowitzki and American tennis star John Isner in the Celebrity Battle of the Paddle in Frisco, Texas, and Spieth shed some light on the experience when asked whether he enjoyed competing on the hard-court.

“I think I’ll probably play quite a bit more, but probably not as often as Scottie,” Spieth said. “I think he’s like an every other day kind of guy and I think I had played less than 10 times.”

Scheffler supposedly finding time to play pickleball three or four times a week and stay at No. 1 in the world ranking is quite a feat.

The former Longhorns gave pickleball a go in the Celebrity Battle of the Paddle against Dirk Nowitzki and John Isner.

Spieth elaborated further, and you may be surprised to hear that there was a particular element of his pickleball debut the former Longhorn didn’t care for.

“I’ll tell you, it was a really weird feeling going in front of a big crowd knowing you were the worst on the court and I didn’t like that at all,” Spieth said Tuesday at Congaree Golf Club. “I’m fine in front of a crowd if I know that I’ve practiced and I’m good at what I’m going to do. But I wouldn’t say like I’m bad, but when you’re the worst of the ones that are going to be on there and there’s like 500 people there, you’re like this kind of stinks, I don’t really enjoy this.”

The former world No. 1 likened the experience to caddies hitting tee shots on famous par 3s in practice rounds, knowing that the crowd is watching and they’re not at the level of the pros.

“So I asked Michael (Greller), is that what it’s like when you’re hitting shots at like 17 at Sawgrass or 16 at Phoenix, I’m like, is this kind of how it feels?” Spieth joked. “He’s like yeah. He’s like, that’s why I’ll either hit it really close or I’ll miss the green.”

Spieth held his own on the court despite being new to the game, so we’ll call his performance the pickleball equivalent of “hitting it really close.”