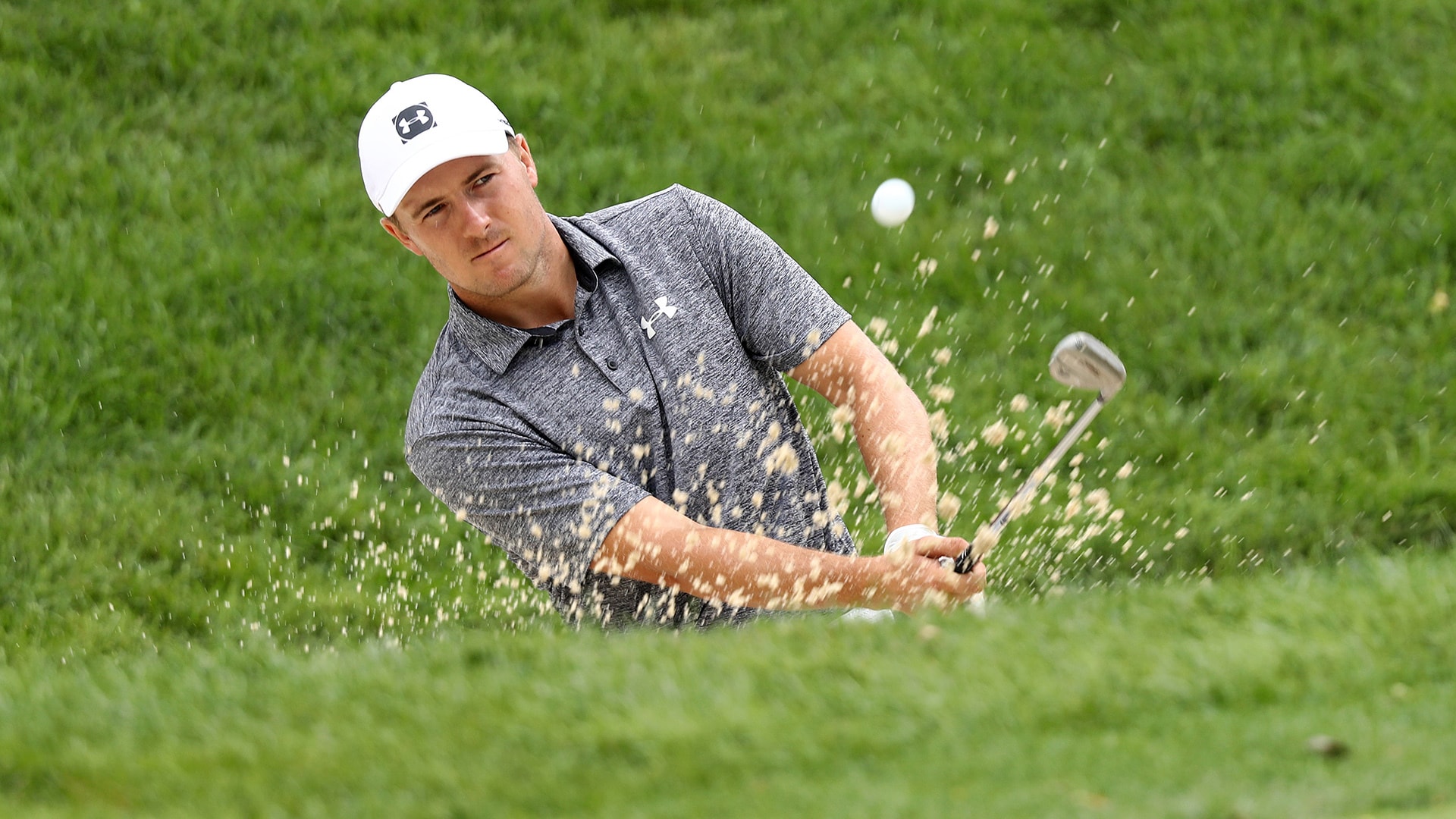 DUBLIN, Ohio – Jordan Spieth has become accustomed to eventful rounds in recent years, but his start Thursday at the Memorial was still jarring.

After starting his day on the 10th hole with a par, Spieth made eagle at No. 11 (highlighted by a 211-yard second shot to 4 feet), double bogey-5 at No. 12 (highlighted by a tee shot that caught a gust and dropped into a pond) and a birdie at No. 13.

Eventful for some, just another day at the office for Spieth.

“I was fine,” he shrugged following a first-round 70 that left him among the top 10. “You go into a day like today, even when you know the golf course was going to be challenging, it’s almost like going into a major championship. You’ve just got to be prepared for a little bit of everything, and it felt like I stayed really cool after 12.”

Spieth’s 2-under round was another glimmer of hope for a player that has struggled with consistency for some time but has appeared more at ease with his game since the PGA Tour’s restart last month at the Charles Schwab Challenge, where he tied for 10th place.

“I’ve actually made a lot of progress,” he said. “It may not kind of look like that via results, but I’ve made a lot of progress in how I’m seeing sight lines, committing to lines. All in all, now it’s just about trying to kind of find the timing element as I go up the bag. A day like today I can get a lot of confidence from.”