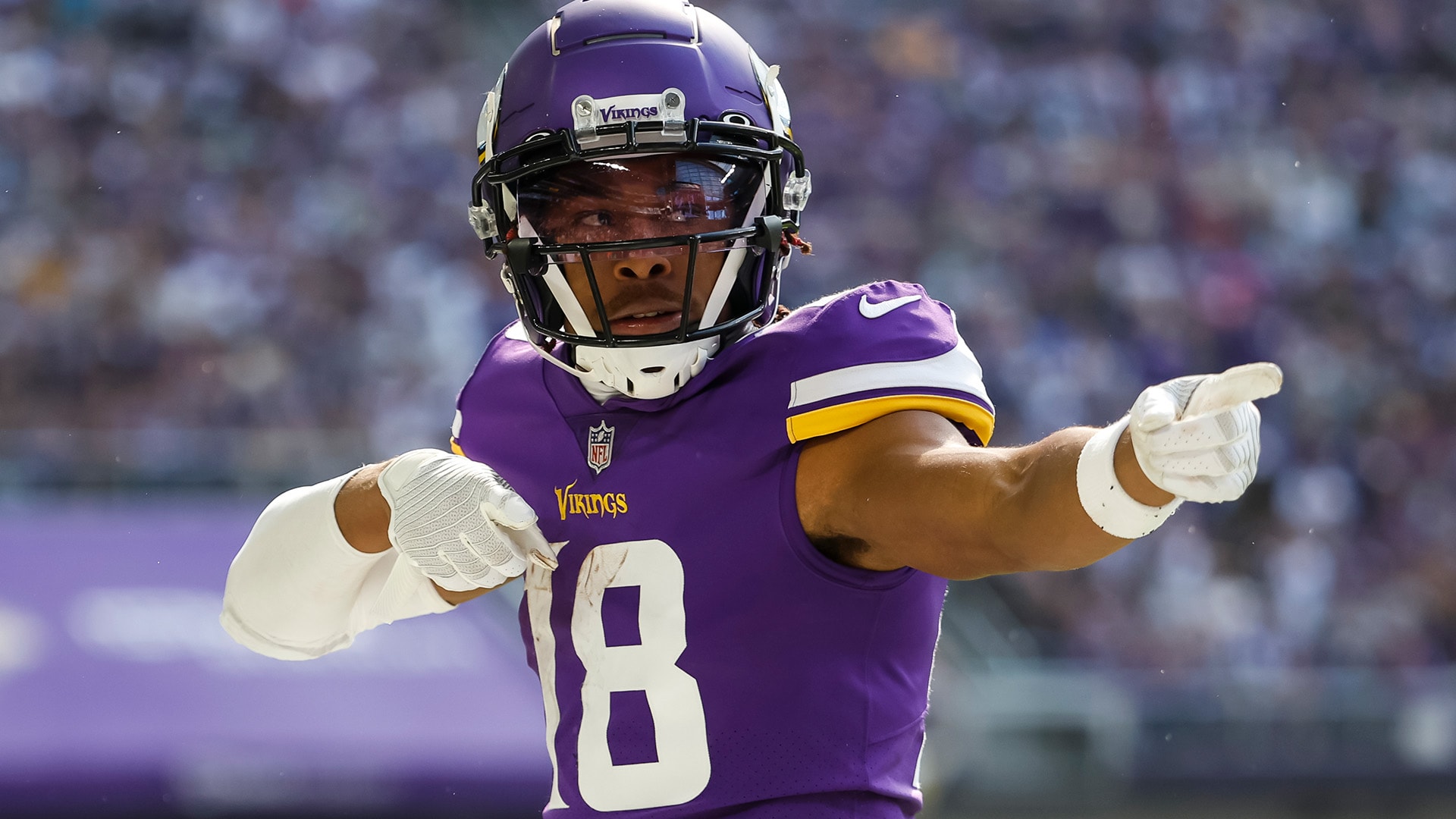 Justin Jefferson taking a page out of Jarmo Sandelin’s playbook probably wasn’t on your NFL bingo card this Sunday, but alas, the Vikings’ superstar followed in the footsteps of the 1999 European Ryder Cupper.

When you think groundbreaking fashion, it’s impossible to ignore the impact of Sandelin’s unique sunglasses that made their way onto an NFL field in 2022.

The over-the-head, almost alien-like look was first made popular by Sandelin when he wore them in competition.

While not classically fashionable, the shades certainly seem as though they would be more functional than traditional sunglasses while running around catching a football or going full speed at a driver.

If you need a putt in a big moment, probably best to defer to the five-time DP World Tour winner, but let’s leave the touchdowns to one of the NFL’s best.