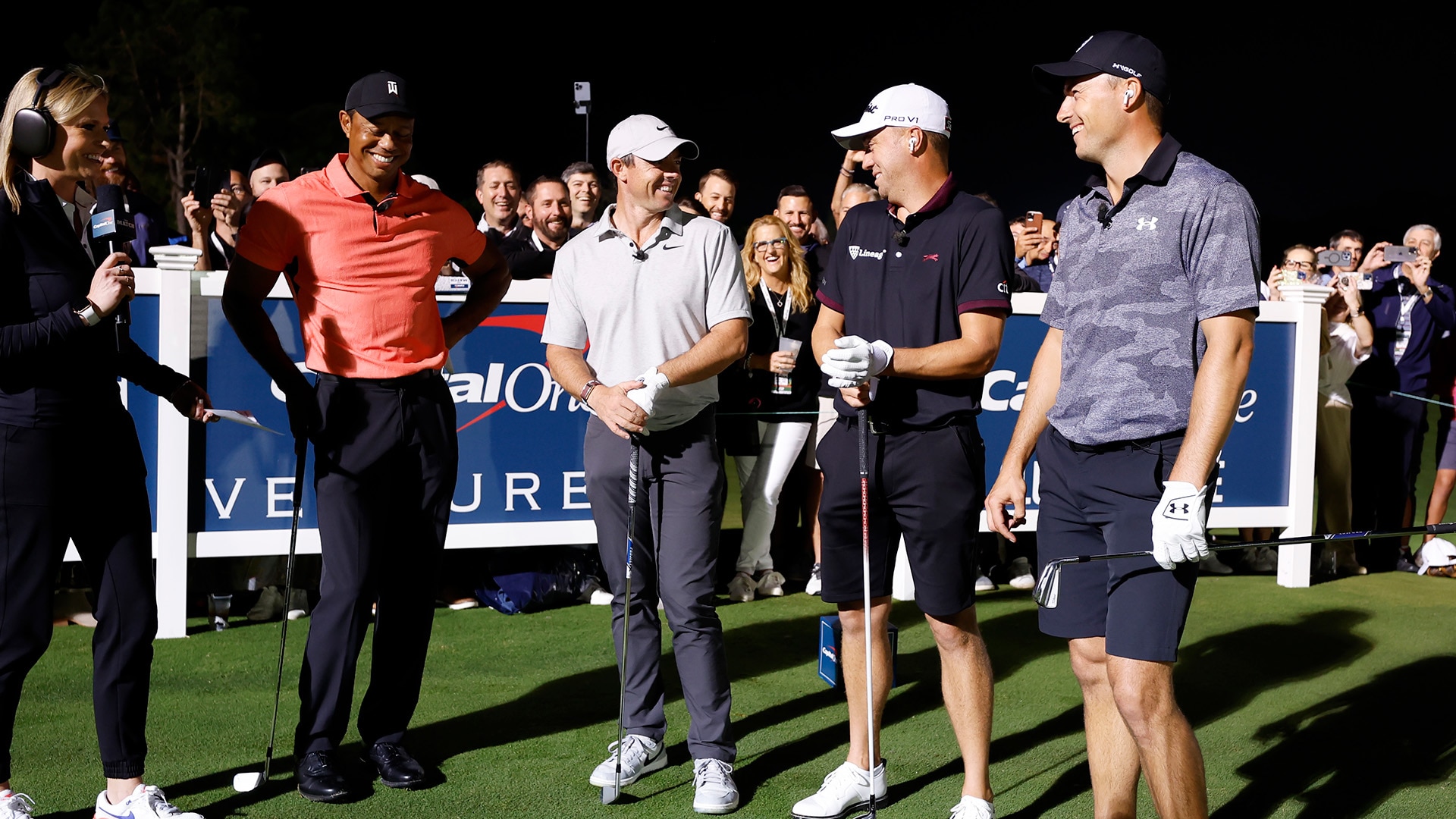 
The Match was back Saturday night as Tiger Woods and Rory McIlroy squared off with Justin Thomas and Jordan Spieth, and the viewing experience didn’t disappoint.

A far cry from a standard event, four of golf’s biggest names were mic’d up as they made their way around Pelican Golf Club under the lights.

With shadows casting and dew mounting, Woods returned to center stage (his last competitive appearance was in July at The Open) with a birdie to halve the opening hole in the best ball format. That’s about the only thing that went right for Woods and McIlroy early on.

On Saturday, Tiger Woods revealed his son, Charlie, recently outdrove him for the first time.

Each player could only choose one club to use throughout the hole, and no two players could use the same club. The team of Spieth and Thomas chose 4-iron and 5-wood, respectively. McIlroy and Woods elected for 3-iron and 5-iron, respectively. There were three bogeys, with only Thomas managing a par to put his team 3 up through four holes.

McIlroy found himself closest to the pin on the par-3 fifth, but the birdie try lipped out, leaving him and Woods 3 down through five in the 12-hole match play format.

It would take something special for the pair with 19 combined majors to mount a comeback, and it wasn’t in the cards Saturday night.

Woods and McIlroy would win the par-5 seventh with a birdie from the No. 1 player in the world, but Thomas birdied the ensuing par-3 eighth to extend the lead back to 3 up with just four holes remaining.

The ninth was halved, leaving Woods and McIlroy needing a miracle that wouldn’t come.

McIlroy did all he could by birdieing the 10th but was matched by Spieth (and Thomas was inside both) to seal the 3-and-2 victory for JT and Spieth.

“The joy of getting this does not match the joy of standing here with Tiger just being so upset,” Spieth said during the award ceremony.

It was top notch entertainment, even if the competition was one-sided after the early birdie barrage from the youngsters.