↓ Skip to Main Content
Home › Blog › Kathy Whitworth, the winningest player on the LPGA and PGA tours, dies at 83

Kathy Whitworth, the winningest player on the LPGA and PGA tours, dies at 83 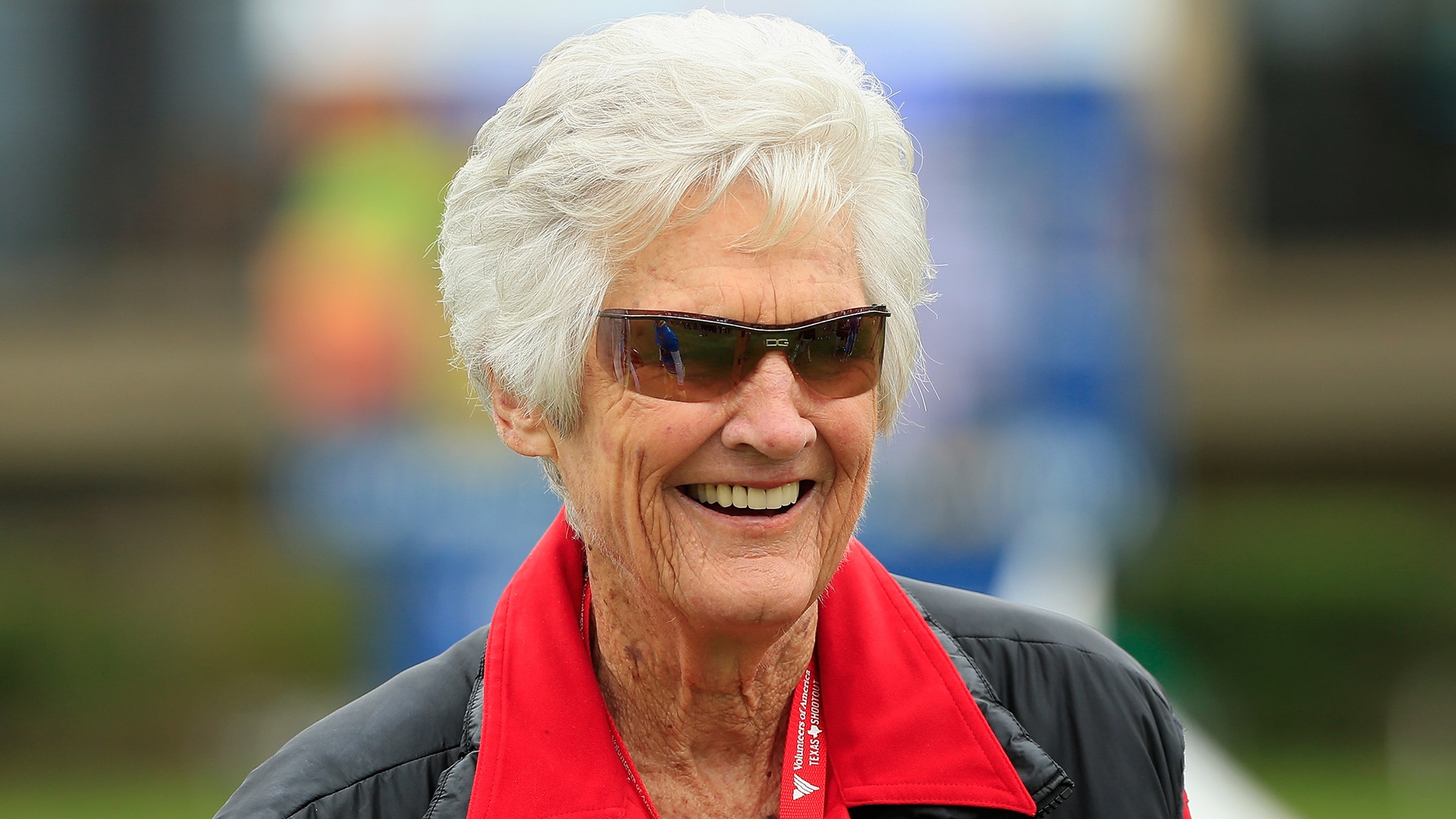 
Kathy Whitworth, who won more than anyone on the LPGA or PGA tours, died Saturday. She was 83 years old.

“It is with a heart full of love that we let everyone know of the passing of the winningest golf professional ever, Kathy Whitworth,” Bettye Odle, Whitworth’s long-time partner, said in a release provided by the LPGA. “Kathy passed suddenly Saturday night celebrating Christmas Eve with family and friends. Kathy left this world the way she lived her life, loving, laughing and creating memories.”

Whitworth won 88 times on the LPGA Tour, six more than fellow Hall of Fame member Mickey Wright. It’s also six more than Sam Snead and Tiger Woods have won on the PGA Tour, a record for the men’s circuit.

Whitworth was born Sept. 27, 1939, in Monahans, Texas. She lived across the state line in Jal, New Mexico, where her father, Morris, owned Whitworth Hardware and Supply, and eventually became the town’s mayor. She was the youngest of three daughters.

Kathy Whitworth played tennis as a youth and didn’t pick up a club until she was 14, when she was invited by a friend to play at Jal Country Club. She told the Albuquerque Journal in 1989 that she “whiffed the ball” on her first swing and was so mad that she returned the next day to play again. She played by herself, paying the $1.50 green fee before her parents bought an associate membership for $25.

Whitworth began working with pro Hardy Loudermilk when she was 16 and won the 1957 and 1958 New Mexico Women’s Amateur. At age 19, Loudermilk introduced her to Harvey Penick, who was her instructor the rest of her career.

Whitworth joined the LPGA Tour in 1958 and struggled to the point where she considered quitting. Her father and a few local businessmen from Jal agreed to subsidize her career at $5,000 a year for three years. Though she didn’t win during that period, she did find her game.

That game produced its first victory in July 1962 at the Kelly Girls Open in Ellicott City, Maryland. Her final victory came in the 1985 United Virginia Bank Classic. Among her 88 LPGA titles were six majors.

“I don’t think about the legacy of 88 tournaments,” Whitworth once said. “I did it because I wanted to win, not to set a record or a goal that no one else could surpass. I’m not some great oddity. I was just fortunate to be so successful. What I did in being a better player does not make me a better person. When I’m asked how I would like to be remembered, I feel that if people remember me at all, it will be good enough.”

In addition, she was the LPGA’s leading money winner eight times, and seven times won both the Player of the Year and Vare Trophy for lowest scoring average.

The Associated Press Female Athlete of the Year in 1965 and 1967, Whitworth was inducted into the LPGA Hall of Fame in 1975 and the World Golf Hall of Fame in 1982. She was also captain of the victorious U.S. team in the inaugural Solheim Cup in 1990.

She wrote, “Kathy Whitworth’s Little Book of Golf Wisdom: A Lifetime of Lessons from Golf’s Winningest Pro,” a pocket book in the tradition of Harvey Penick’s “Little Red Book,” and was regarded as a selfless defender of women’s rights and racial equality.

Editor’s note: The Golf Channel Research Unit contributed to information for this story.