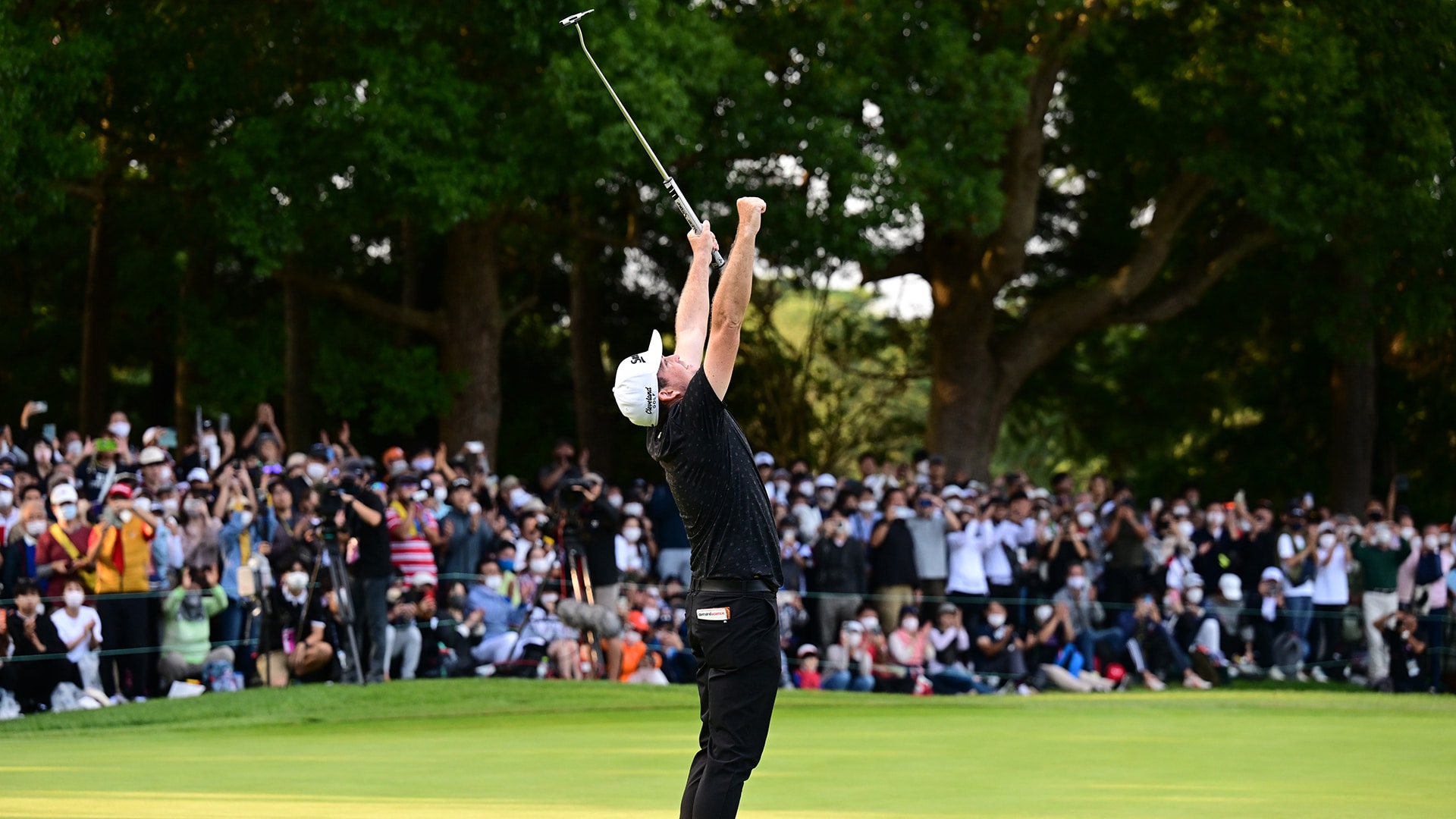 Keegan Bradley called it “one of the best holes of my life.”

He had just bogeyed two of his previous three holes to surrender a two-shot lead Sunday at the Zozo Championship when he found the middle of the fairway at the par-4 17th hole at Narashino Country Club in Japan. Playing competitor Andrew Putnam was tied with Bradley for the lead at 14 under while the third member of their group, Rickie Fowler, was a shot back.

After sticking his approach to 15 feet from just over 150 yards out, Bradley needed to convert the birdie to turn the momentum back in his favor. Even better for Bradley: Putnam had gotten into trouble off the tee and was facing a likely bogey.

“I kind of realized if I make this putt, I’ve got a two-shot lead going down 18, which I thought, ‘Boy, that would be nice to have two there,’” Bradley said. “And I just buried it. It’s the perfect putt, meant to be and I’m proud of the way I handled that hole.”

A hole earlier, Bradley had struck what he believed to be his first shank out of a greenside bunker ever.

“Bizarre,” Bradley said, “…but I stayed calm. That two-putt [for bogey] on 16 was huge, and that birdie on 17 is one of the best birdies of my life and one that when I think back on this tournament, that’s the pivotal hole.

“I was never going to give up or let in.”

Bradley, now a five-time PGA Tour winner (Sunday’s win snapped a four-year drought that began after the 2018 BMW), has never been known for his putting. After the anchoring ban went into effect at the start of 2016, Bradley, a former belly putter, ranked outside the top 170 in strokes gained putting in four of the next five seasons before cracking the top 100, at No. 88, last season.

But two weeks ago at the Sanderson Farms, Bradley gained over a shot-and-a-half on the field with the flatstick and entered the Zozo, where ShotLink is not available, an early fifth on Tour in strokes gained putting.

“I putted spectacularly all week,” Bradley said. “I wish there were stats so I could see what they were.”

One doesn’t need to measure how big Bradley’s penultimate-hole putt was.

They could see it in his eyes afterward.

“I’ve been crying since I finished,” Bradley said. “I can’t remember the last time I cried. I talked to my wife on the phone a second ago, FaceTime. I can’t keep it together, I don’t know what’s wrong with me.”

Nothing is wrong with his putter right now, that’s for sure.