Kevin Kisner (65) shares lead in Detroit; Bryson DeChambeau one back 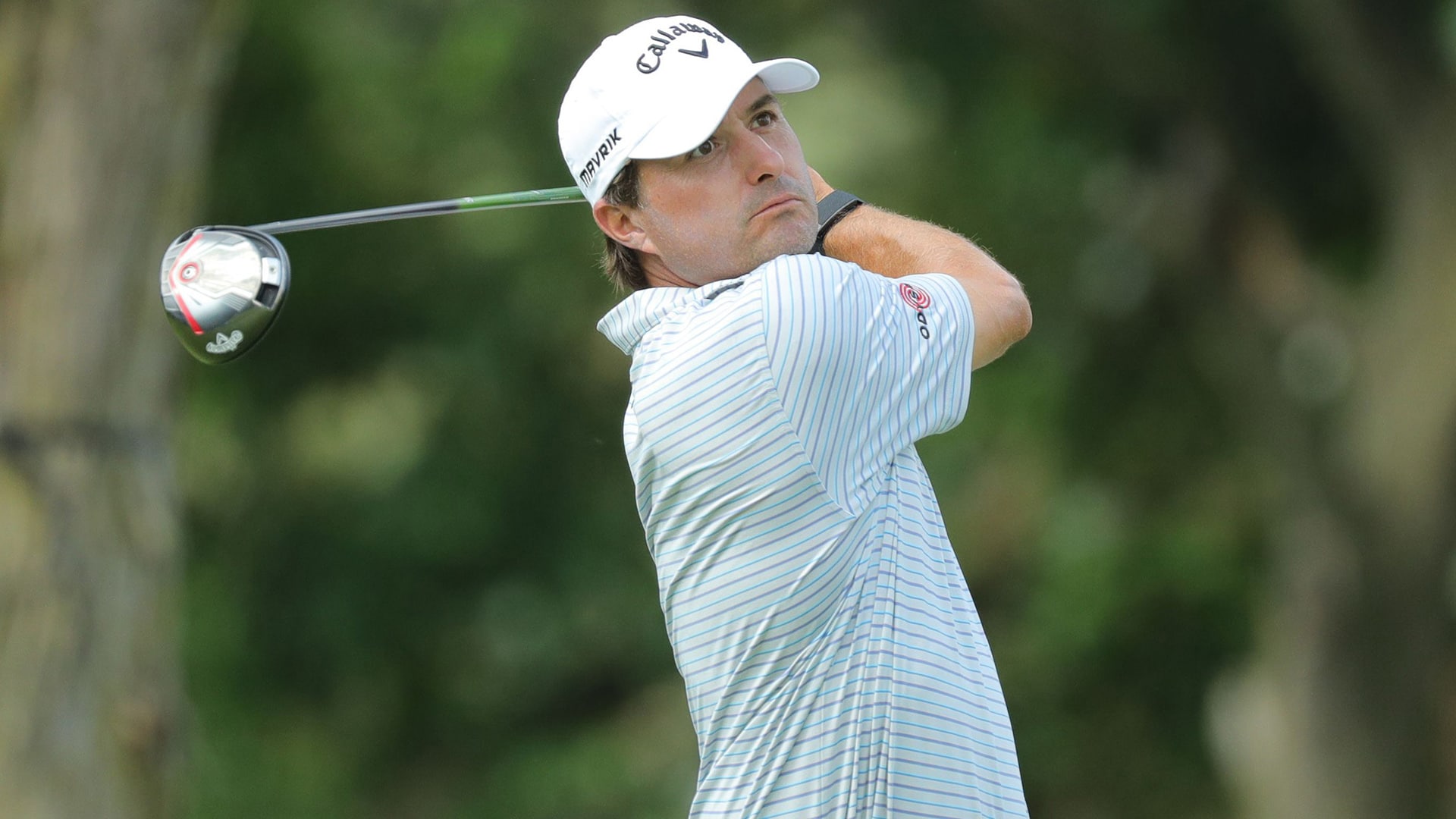 Redman shot a 7-under 65 on Thursday to share the first-round lead with Scott Stallings and Kevin Kisner in the Rocket Mortgage Classic.

Bryson DeChambeau, the only player with top-10 finishes in each of the last three tournaments, topped the group a stroke back.

The 22-year-old Redman closed with four straight birdies and seven over the last eight holes at the Detroit Golf Club. Last year, he went from being a Monday qualifier to finishing second at the inaugural Rocket Mortgage Classic.

At last week’s Travelers Championship, Redman closed with a 63 to tie for 11th – his best performance this season – after tying for 21st the RBC Heritage.

“I’ve come off two good finishes and a really good finish last year at this event, which has never really happened to me,” he said. “So, I’ve never had this kind of expectation externally or even internally.”

Stallings, who tied for sixth last week, birdied his last two holes and three of four. Players with afternoon tee times didn’t fare as well, but Kisner was an exception with a bogey-free round.

DeChambeau surged up the leaderboard with four birdies and an eagle over a eight-hole stretch on the back nine. He gave a stroke back, though, with a bogey at the 18th after pushing an 8-foot putt just to the right.

“That really got me a little agitated,” DeChambeau said. “It’s going to put a little fire in my belly.”

Rickie Fowler, who has missed the cut in the two tournaments he has played since the restart, was among the many players another shot back.

Redman, DeChambeau, Lucas Glover, Tyler Duncan, Viktor Hovland, Mark Hubbard and Brian Stuard have made the cut in all three events since the PGA Tour returned from the COVID-19 shutdown.

On a quiet morning at the fan-free tournament in which the hum of generators was often the only sound, a slew of players took advantage of favorable playing conditions and one of the easier courses on the PGA Tour.

And when their rounds were complete, players took off their caps and extended fists without coming close enough to make contact with one another.

Despite missed cuts piling up amid swing changes, Rickie Fowler is in position to break out of his slump after an opening 67 at the Rocket Mortgage Classic.

Fowler started with a birdie on his first hole and four on his first six. He pulled within a stroke of the lead when he was standing on his ninth tee and got into trouble in the rough, which appears to be longer than it was last year in the Motor City, and ended up with a double bogey at the par-4, 465-yard 18th.

“There was probably, I don’t know, 8 inches of grass there,” Fowler said. “I thought it was going to kind of just pop up when I hit it and it kind of came out low and left.”

Defending champion Nate Lashley, who had a wire-to-wire win at the Detroit Golf Club last year, opened with a birdie before hurting his chance to repeat with three bogeys and three birdies the rest of the round.

Lashley landed in a greenside bunker and holed out from 45 feet on his final hole to escape with a much-needed birdie, but just a few people clapped and several others simply stood silently.

“With no fans out here, it almost feels like it’s not a golf tournament,” Lashley said. “I need to maybe get some nerves for (Friday) and get a little adrenaline going.”