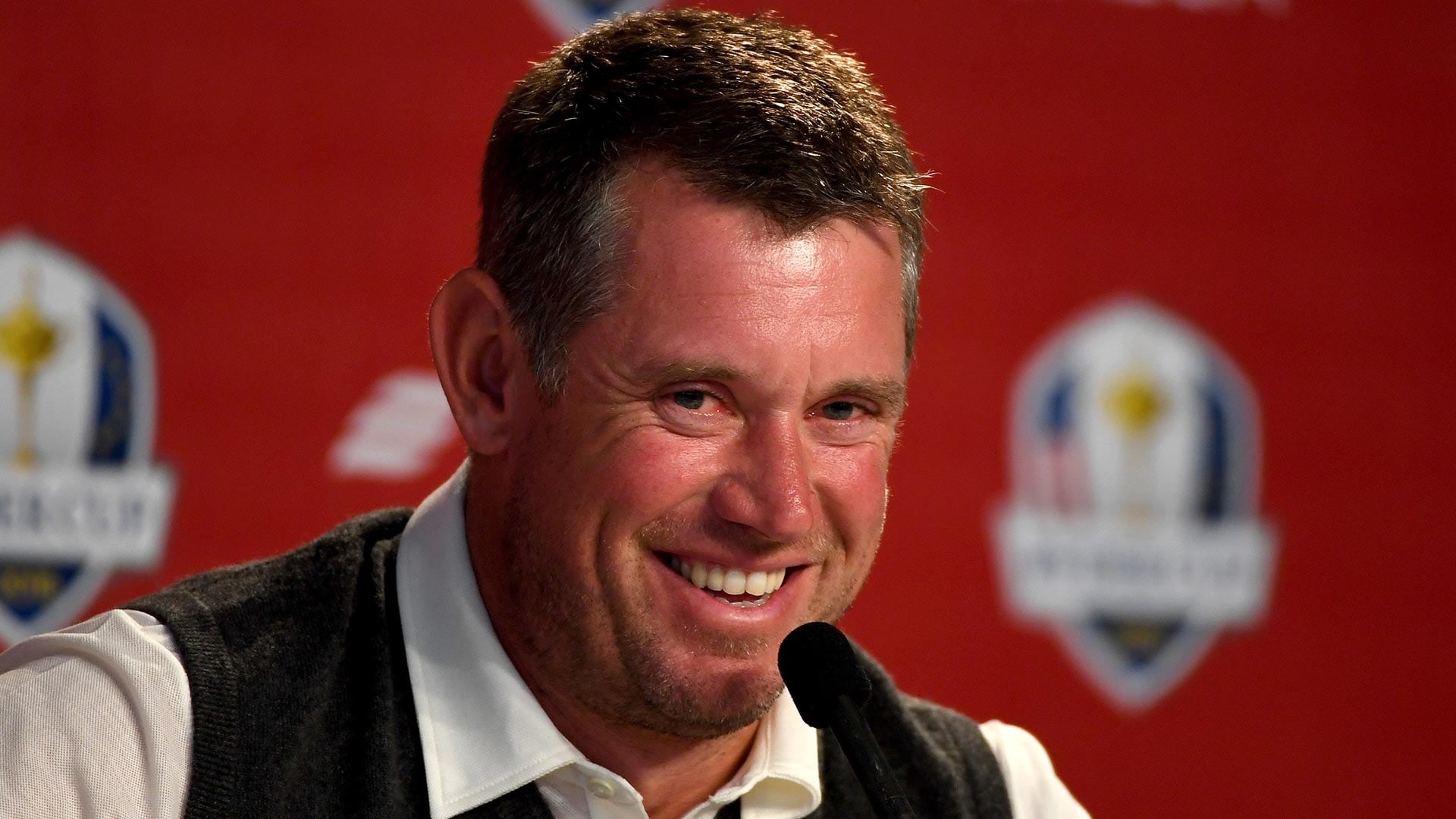 
Add veteran Lee Westwood to the chorus of player voices regarding the need for fans at this year’s Ryder Cup.

Westwood has represented Europe in the biennial matches 10 times, plus a stint as a vice captain two years ago in France. Echoing previous comments from the likes of Rory McIlroy and Brooks Koepka, Westwood told Golf Channel’s Todd Lewis that it’s hard for him to envision the merit of playing a fan-less Ryder Cup because of coronavirus precautions.

“I just don’t see somebody holing the winning putt, from either side, on the 18th green or wherever it may be, turning to an empty stand, raising his hands in the air and it feeling the same,” Westwood said. “It’s never going to feel the same, with what’s going on. But if any tournament needs fans, it’s that tournament. Just for me, the fans are essential for the Ryder Cup.”

While dozens of tournaments around the world have been postponed or canceled because of the COVID-19 pandemic, the Ryder Cup remains on schedule for Sept. 25-27 at Whistling Straits. No final decision has been made about fan attendance scenarios, but European captain Padraig Harrington said last month that the tournament may need to “take one for the team” and play without fans in the greater interest of the overall sport.

England’s Lee Westwood believes it’s ‘not worth it’ to travel to the U.S. for the first two PGA Tour events given current international travel restrictions.

That’s not a scenario that sits well with Westwood, who added that a postponement to 2021 “may be needed” if the only remaining scenario calls for matches to be played in front of empty galleries. But there’s also the matter of qualification, with the process flown into flux by months of canceled events.

Westwood is currently in line to qualify automatically for the European squad, thanks in large part to his win earlier this year at the Abu Dhabi HSBC Championship. But with the European Tour sidelined until at least late July, he expects some adjustments may be needed if the matches are still going to be played this fall as scheduled.

While the U.S. qualification system includes the results from majors and WGC events played in 2019, Europeans only began accruing points toward the European Ryder Cup standings in September 2019.

“I know we’ve only played for 37 percent of the points on the European Tour. That’s only just over a third. A lot can happen. We’ve not played any majors in the qualification process,” Westwood said. “I think we might have to modify it a little bit. I think Padraig is pleased with the way the team’s shaping up, and the way that qualifying has gone. But at the same point, there are people on the outside that would have been some of the favorites to get in there. It’s a difficult one.”