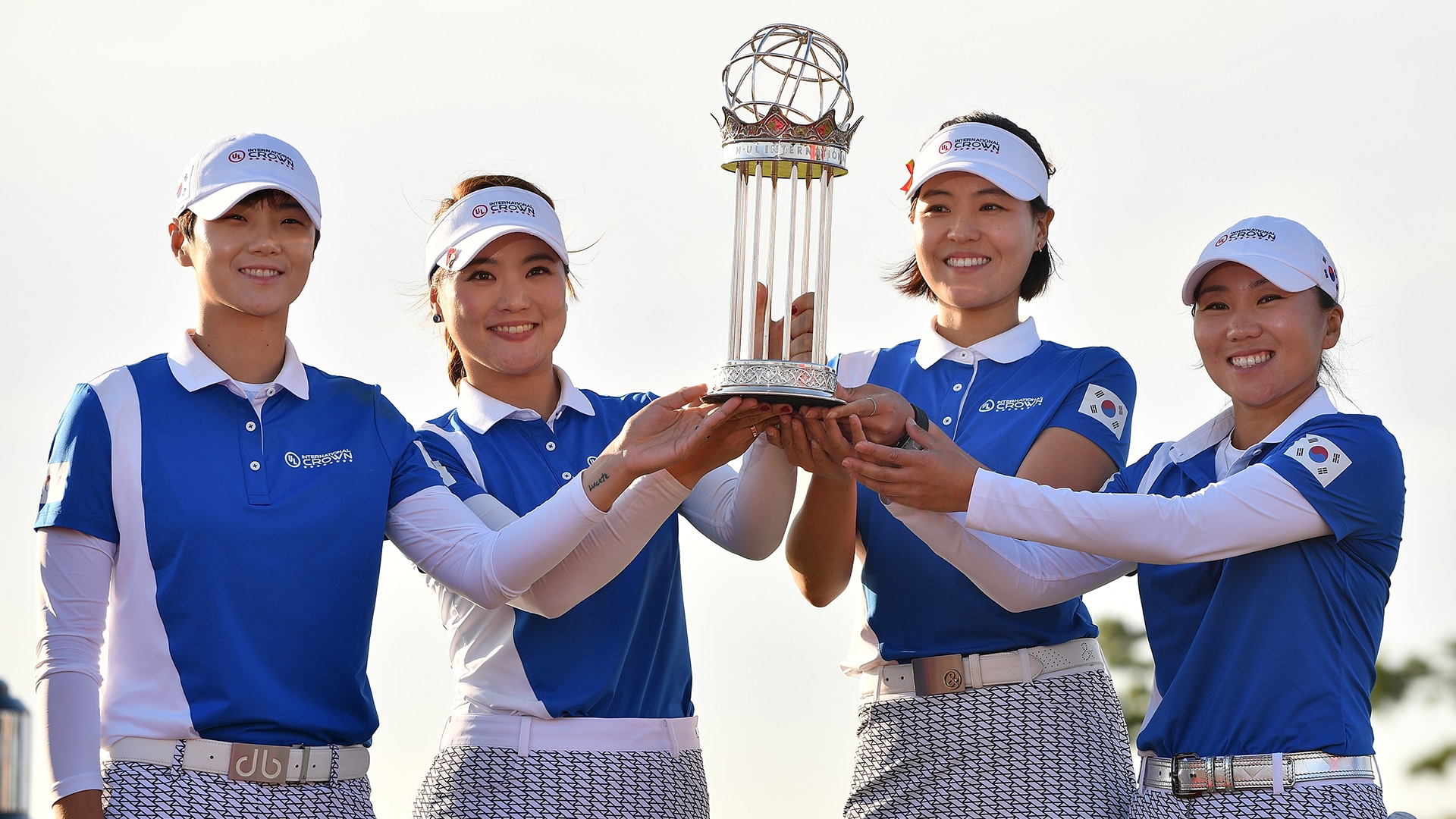 Next year, the International Crown will return to the LPGA calendar for the first time since 2018.

With Hanwha Lifeplus as the new sponsor, the biennial event will be held at TPC Harding Park in San Francisco, May 4-7. It will be the first elite women’s competition held at the famed course, which hosted the 2020 PGA Championship.

Players will represent their home countries in the four-day event, rather than a continent or region. The field of eight countries will be determined by the combined Rolex Women’s World Golf Rankings of the top four players from each country. The field of 32 players will be finalized on April 2, 2023, following the Palos Verdes Championship.

“The Hanwha Lifeplus International Crown is a true marker of the global reach of the LPGA. The 32 athletes who will compete at TPC Harding Park in 2023 will have the ultimate honor of playing under their national colors and representing their countries, one of the most exciting opportunities an athlete can experience,” LPGA commissioner Mollie Marcoux Samaan said. “We are very happy to bring the International Crown back to our schedule and are incredibly thankful to our partners.”

The first three days will feature a fourball (best-ball) competition. Then, the top two countries from each pool will advance to Sunday, which will boast a new format from years past. Both semifinal matches will be played Sunday morning, with each match containing two singles matches and one foursomes match. The victorious semifinal countries will play in the final match on Sunday afternoon, along with a third-place match between the two losing semifinal countries. The final and third-place matches will be the same format as the semifinals.

In 2018, the Republic of Korea team with In Gee Chun, Sei Young Kim, Sung Hyun Park and So Yeon Ryu won the event at the Jack Nicklaus Golf Club Korea in Incheon, South Korea.

The International Crown was played three times from 2014-18. However, the 2020 edition, which was supposed to be held at the Centurion Club in England, was canceled due to COVID-19. Shortly after, UL dropped out as the event’s title sponsor, and the LPGA struggled to find a new sponsor, putting the event in flux.