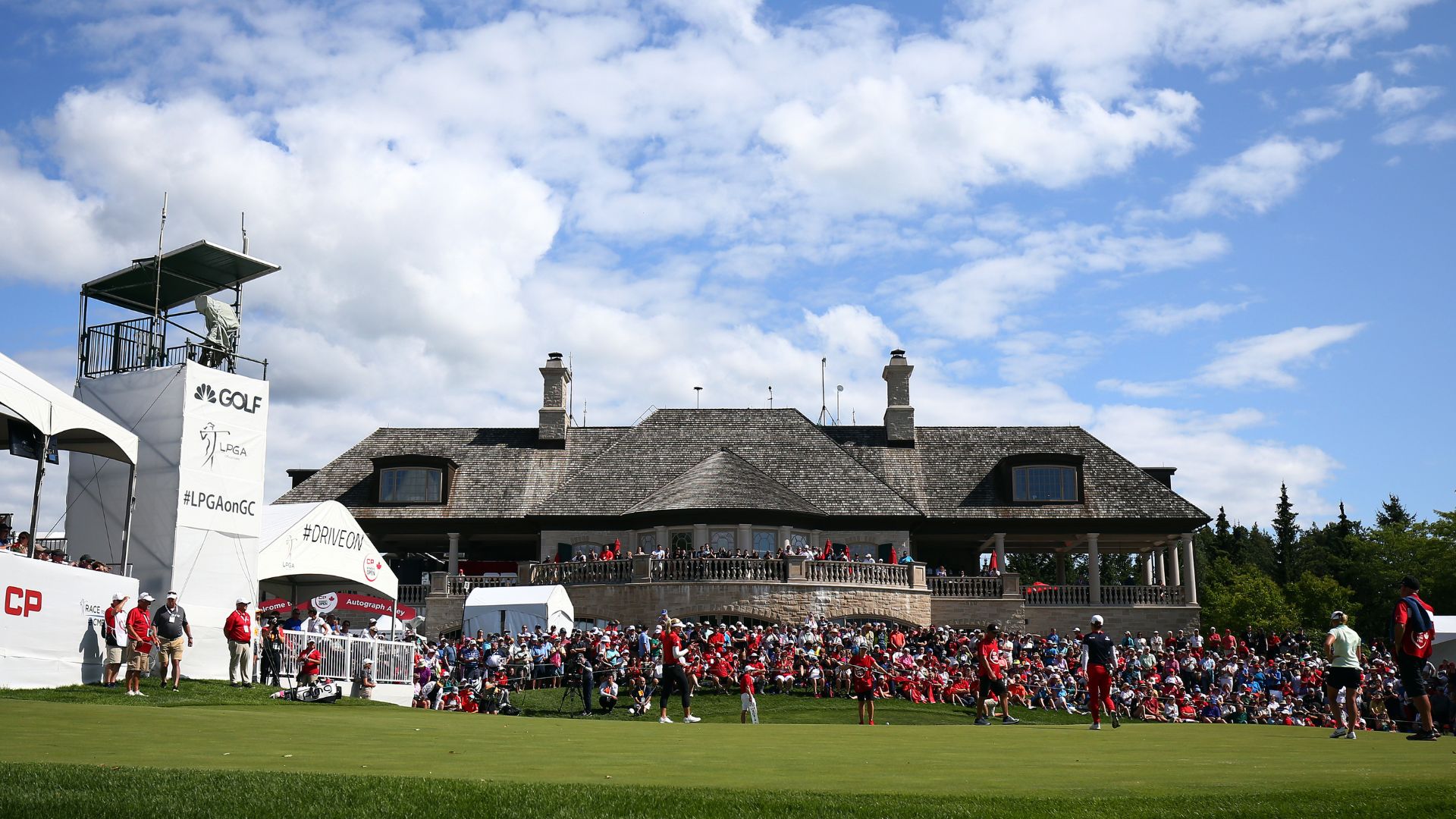 Lucy Lin achieved a childhood dream Monday, while still a child herself.

The 12-year-old Vancouver native prevailed in a 3-for-1 playoff to Monday qualify for the LPGA’s CP Women’s Open, becoming the youngest ever to qualify for Canada’s national open. Lin edges Michelle Liu, who at 12 years old in 2019 made her first LPGA start at this event.

Right after earning the last spot in the event and making history, Lin didn’t realize the magnitude of her feat.

“I didn’t know (she was the youngest to qualify for the event) until I finished the round and somebody told me,” Lin said.

What makes Lin’s accomplishment even more impressive is she didn’t start playing golf until after her ninth birthday. Just three years later, she’ll be playing alongside some of the game’s biggest stars, with her mother on her bag.

“Just enjoying the experience and meeting all these great players,” Lin said when asked what she’s looking forward to most this week, “and hopefully getting autographs.”

Some of those marquee players, however, are just as excited to tee it up with Lin at Ottawa Hunt and Golf Club.

“It’s amazing to see all the young talent coming out and to Monday qualify,” Canadian and two-time major champion Brooke Henderson said. “I was in a bunch of Monday qualifiers a few years ago and they’re tough, a lot of competition. So it’s pretty impressive that she was able to get in.”

“I played in my first Canadian Open when I was 14, and it was just life-changing. I’m sure this week will be huge for her, and she’ll just really enjoy it and be a huge learning experience, which I think is great. Like I said, the talent just keeps getting better and better and younger, and so it’s pretty cool.”

A decade ago at this tournament, Lydia Ko, then an amateur, claimed her maiden LPGA title while also becoming the tour’s youngest-ever winner. It’s a record that still stands. Though Lin would love to smash that record, she said, “hopefully I can make the cut.”

Wherever Lin finishes on the leaderboard, this will always be a week to remember — and maybe the stepping stone to something bigger.

“It’s a dream come true, definitely being here at a very young age,” she said. “But super excited. Going into Monday, I wasn’t really knowing I would be here, but I did (the) best I could. But I ended up here, so I’m really excited about it.”