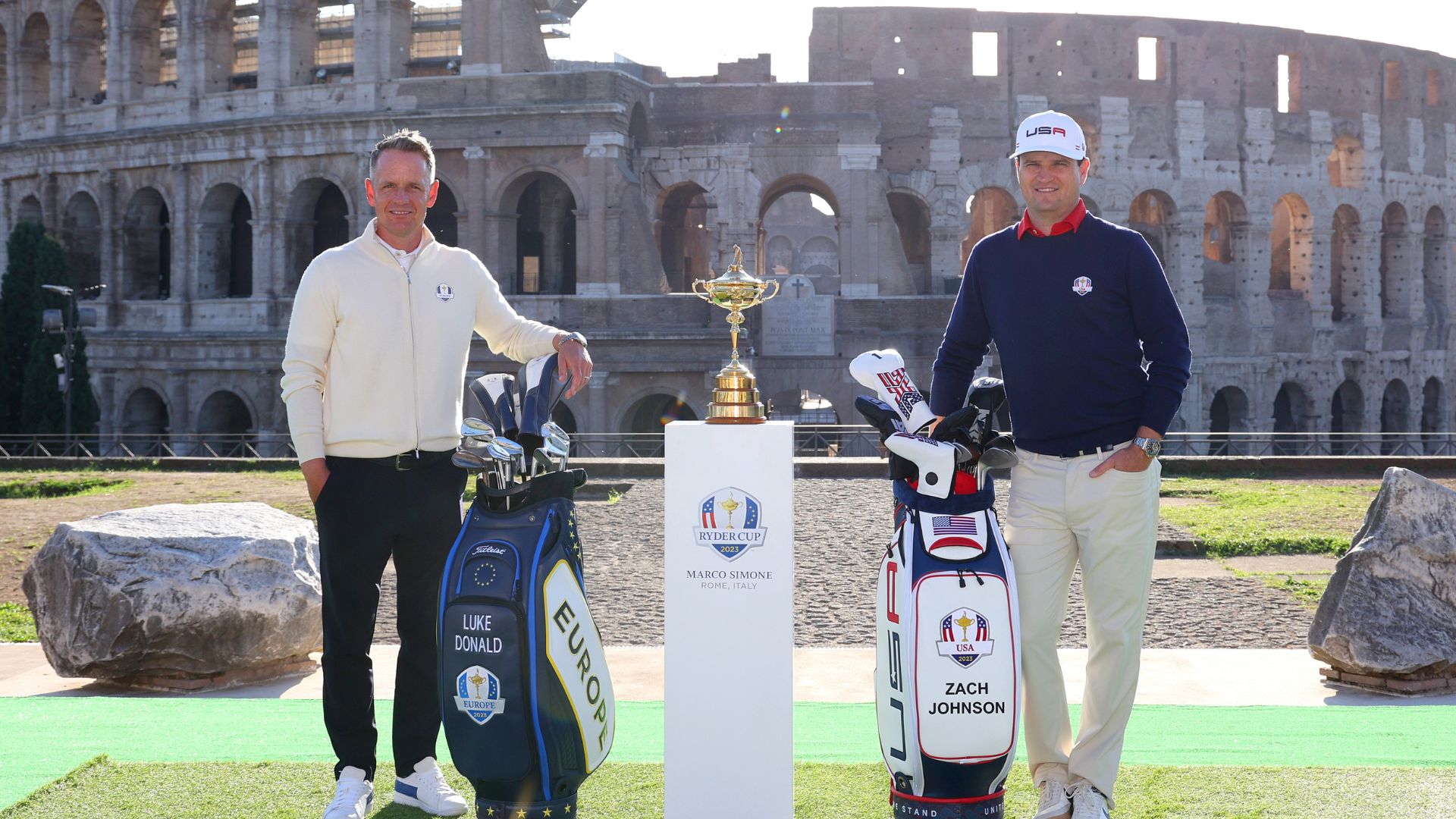 As part of the Ryder Cup Year To Go festivities, the two captains got the full Rome experience.

Luke Donald (Europe) and Zach Johnson (U.S.) visited the Colosseum, hit shots at the Temple of Venus and Roma and met Pope Francis.

The two captains met the Pope at the Vatican and presented him with a replica Ryder Cup trophy — as next year’s event will take place at Marco Simone Golf and Country Club, which is just outside of Rome.

“It was a very memorable experience and the honor wasn’t lost on us,” Johnson said. “Clearly today was a once-in-a-lifetime opportunity. Pope Francis was beyond gracious, warm and welcoming. (My wife Kim) and I will never forget our Vatican morning.”

“As Ryder Cup Captain I am fortunate to be able to do many special things, but having a private audience with Pope Francis was certainly a memory that myself and (my wife Diane) will always cherish,” Donald added.

Team USA is the Ryder Cup’s defending champion after defeating the European squad 19-9 last year at Whistling Straits. Next year in Rome, the U.S. will try and win on European soil for the first time since 1993.