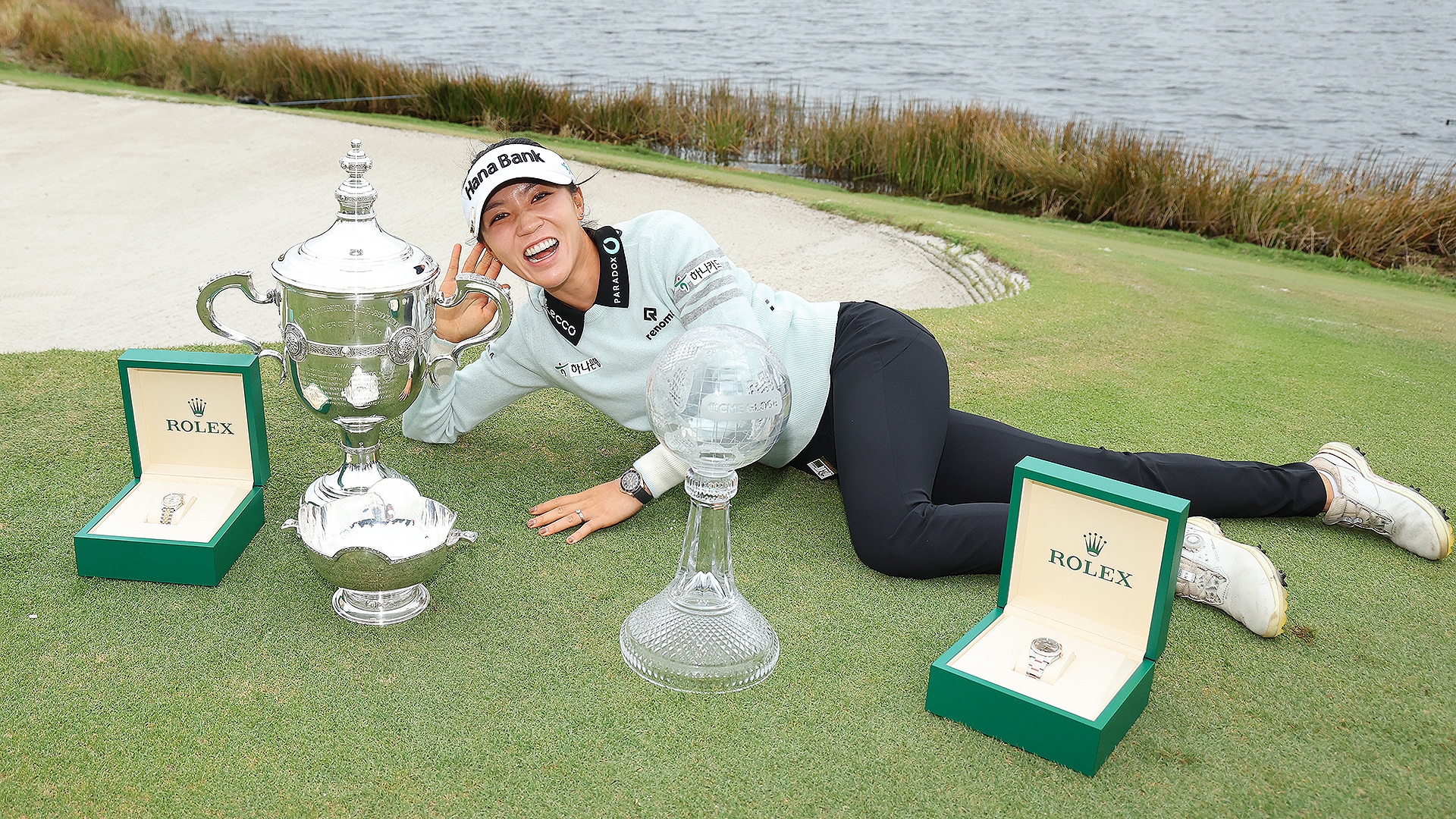 
NAPLES, Fla. – Lydia Ko never won more in one day than on Sunday in the CME Group Tour Championship, where she claimed the richest prize in women’s golf at $2 million with a victory that allowed her to win LPGA Player of the Year.

Ko outlasted Leona Maguire of Ireland in the final round, seizing control with a 7-foot birdie putt on the 16th hole and closing with 2-under 70 for a two-shot victory.

Unflappable in a strong but occasional wind, Ko wiped away tears when she tapped in for par on the final at Tiburon Golf Club.

“There was a lot of things on the line today,” Ko said. “I really wanted to play the best golf I can. I knew it would be a tough battle, especially with how tough the conditions were.”

The $2 million prize took her season earnings to just over $4.3 million, leaving her $591 short of the Lorena Ochoa’s record for single-season earnings set in 2007. Ko clinched the points-based award for Rolex Player of the Year for the second time, and she won the Vare Trophy for the second straight year for having the lowest scoring average.

Player of the Year and the Vare Trophy are each worth one point, along with the victory, giving her 25 points toward the 27 points needed for the LPGA Hall of Fame.

The 25-year-old Kiwi, tied with Maguire at the start of the final round, took her first lead with a birdie on the par-3 eighth hole. Ko still led by one shot when she hit her tee shot just short of the flag on the par-3 16th and made the 7-foot birdie putt.

Ko two-putted from 25 feet for birdie on the par-5 17th to keep her lead at two shots going to the final hole, and she played it safe from there.

Ko finished at 17-under 271 and won the LPGA Tour finale for the second time. Her first title in the CME Group Tour Championship was in 2014 when she was 17 and already becoming a dominant figure in women’s golf.

Ko is on the verge of the LPGA Hall of Fame at age 25, a testament to how good she has been for so long.

She ends the year with three victories – her first multiple-win season since 2016 – and had nine other finishes in the top five.

Lydia Ko came up just shy of a single-season money record, but her prize count moved her closer to the LPGA HOF.

Maguire’s hopes began to fade when she hit a fairway metal so thin on the par-5 14th that it didn’t cross the hazard. She took a penalty drop, still couldn’t get to the green into the strong wind and had to get up-and-down with a wedge to salvage bogey.

Ko, however, hit her second shot off the side of a hill and into the hazard, and she also made bogey to keep the lead at one shot.

Ko heads into the offseason with plans to get married. “This is my last tournament as a single lady,” she said with a laugh at the trophy presentation.

She now has 19 career victories – the first one was 10 years ago in Canada when she was a 15-year-old amateur, making her the youngest to win an LPGA Tour event.