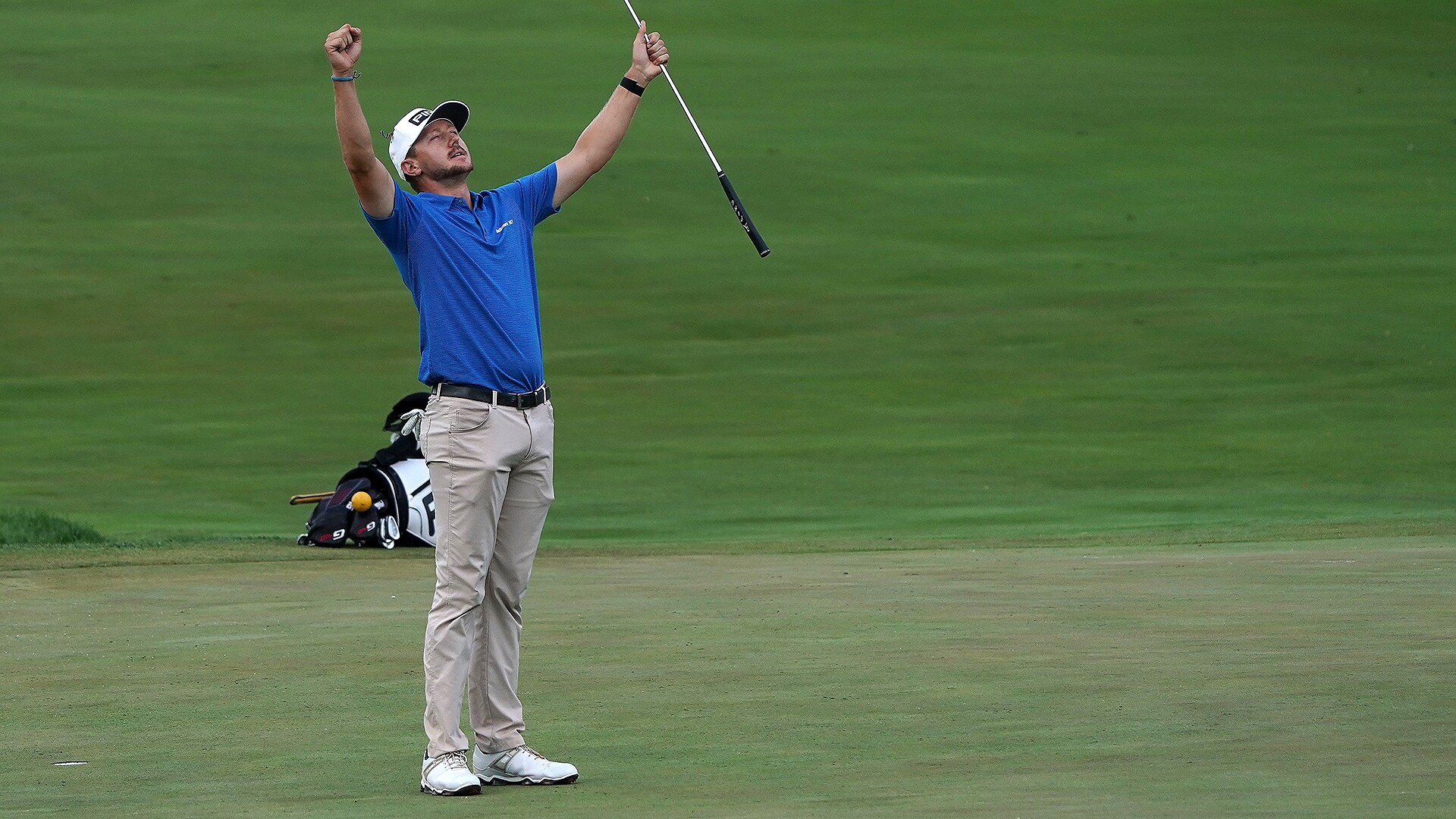 OLYMPIA FIELDS, Ill. – Mackenzie Hughes has won on the PGA Tour, and he has played in five major championships. But he admits he may never have felt as nervous as he was standing over a 5-foot par putt to close out the BMW Championship.

“That was some of the most pressure I’ve felt in a long time,” Hughes said.

Of course, this wasn’t just any par putt. After blocking his approach from the middle of the fairway, Hughes needed to convert his sand save to finish T-10 at Olympia Fields and earn enough points to sneak into the 30-man Tour Championship. Had he missed the putt, Adam Long would’ve played next week at East Lake.

But Hughes rolled in the par save, raised his fist triumphantly and looked to the heavens. By advancing to the season finale, Hughes will return to the Masters next year for the first time since 2017. He’ll also play in the U.S. Open, The Open, the WGC-Mexico Championship and Sentry Tournament of Champions. Of course, he’ll also have a chance at winning $15 million next week in Atlanta, where he’ll start 10 shots behind Dustin Johnson.

“I’m obviously not expected to go do anything at the Tour Championship, but I’m 10 back, and you never know what could happen,” Hughes said. “I know you can’t win if you’re not there, so step one accomplished.”

Hughes entered the week 36th in points and moved up to 28th. He was one of only two players to move into the top 30 this week and will be joined in Atlanta by his final-round playing partner, Joaquin Niemann. Niemann won the season-opener at The Greenbrier almost a full year ago, and he started the week No. 31. But the Chilean held a share of the lead on the back nine before ultimately finishing T-3, a result that moved him to No. 18 in points, meaning he’ll tee off next week at 2 under par.

While a short birdie miss on No. 15 dented Niemann’s hopes of catching Jon Rahm for the tournament title, he’s still pleased with a performance that netted him a debut appearance in Atlanta in just his second full season on Tour.

“It’s awesome to get one of those weeks that you play good,” Niemann said. “I haven’t been playing great the last couple weeks, so this gave me a lot of confidence for what is coming next for East Lake. I just feel great, I’m happy to be in this situation right now.”

With Hughes and Niemann both moving in, two players fell out of the top 30 at the season’s penultimate event. Long dropped from 27th to 31st after a T-56 finish, while Kevin Streelman fell from 28th to 32nd after finishing T-51.

There was also some drama with the 30th and final spot, which went to Billy Horschel. Horschel won at East Lake in 2014, but he would have been on the outside of the number were it not for playing partner Corey Conners’ blunder on the final green. Conners three-putted from 5 feet, including a 2-foot miss for bogey, to fall into a tie for 33rd alongside Horschel. Those fractional points between T-33 and T-34 proved to make the difference between Horschel and Long for the final spot, as Horschel’s 953-point total was less than three points ahead of Long.

“You never want to see something like that happen to anybody,” Horschel said. “If it turns out that was how I made the Tour Championship, I’ll probably give him a nice bottle of wine or a good dinner or something.”