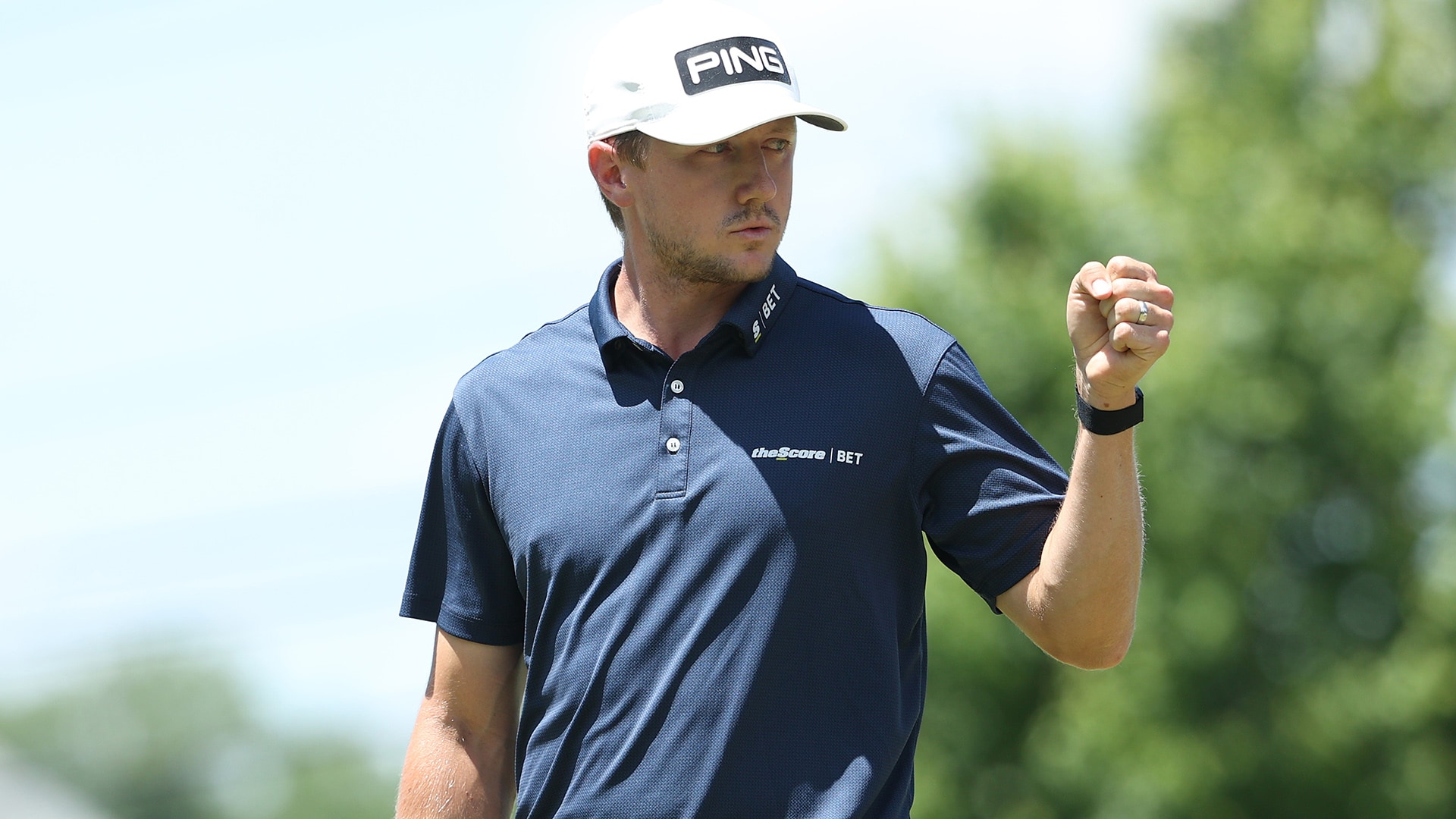 Mackenzie Hughes flirted with 59 before settling for 10-under 60 and the first-round lead Thursday at the Travelers Championship. Here’s everything you need to know from TPC River Highlands in Cromwell, Connecticut:

What it means: While Hughes’ round was the standout in Round 1, one doesn’t have to go far down the leaderboard to see some familiar names. A day after positive COVID-19 tests and WDs dominated the headlines, McIlroy, Mickelson and other stars got off to strong starts and pulled the focus back on the golf at TPC River Highlands. McIlroy has yet to find his groove since the Tour returned to action two weeks ago, but he eagled the par-5 13th and added six more birdies to jumpstart his week. Mickelson, in his first round as a 50-year-old and on the same day he qualified for the 2020 U.S. Open at Winged Foot, carded a 66, his best round since the second round at Pebble Beach in early February.

Round of the day: Hughes had never shot better than 61 in competition before Thursday, when he went 6-under 29 on the back nine before adding four birdies on the front to set up a potential birdie for 59 at the par-4 ninth. However, he missed the fairway and left himself a 40-footer for birdie, which didn’t fall. Over the pandemic break, Hughes had a putt to break 60 at TPC Piper Glen in Charlotte, North Carolina, but he missed. “Still waiting for it,” Hughes said. He’s also still waiting for his second PGA Tour victory, as it’s now been more than three years since he won the 2016 RSM Classic.

Best of the rest: Xander Schauffele shook off a poor weekend and T-64 finish at Harbour Town, making nine birdies and firing 63. … Viktor Hovland collected four birdies and an eagle over his final seven holes to also shoot 63. … Bryson DeChambeau didn’t make a bogey during an opening 65 and averaged 321 yards off the tee in the first round. … Jordan Spieth got off to a 4-under start through eight holes before shooting 3-under 67. It was the highest he could’ve shot, Spieth said, before adding, “I kind of had a long way to go when we went into quarantine and I feel like I’ve come a long way since then to where I actually stand on the tee feeling like I can go low each day versus I’m fighting a lot of things.”

Shot of the day: Abraham Ancer had never had a hole-in-one in Tour competition until Thursday when he holed an 8-iron from 155 yards at the par-3 16th hole.

Quote of the day: “Whoever thought that we were going to come out here and it was going to be zero positive tests, I don’t know, was living in la-la land.” – Garcia