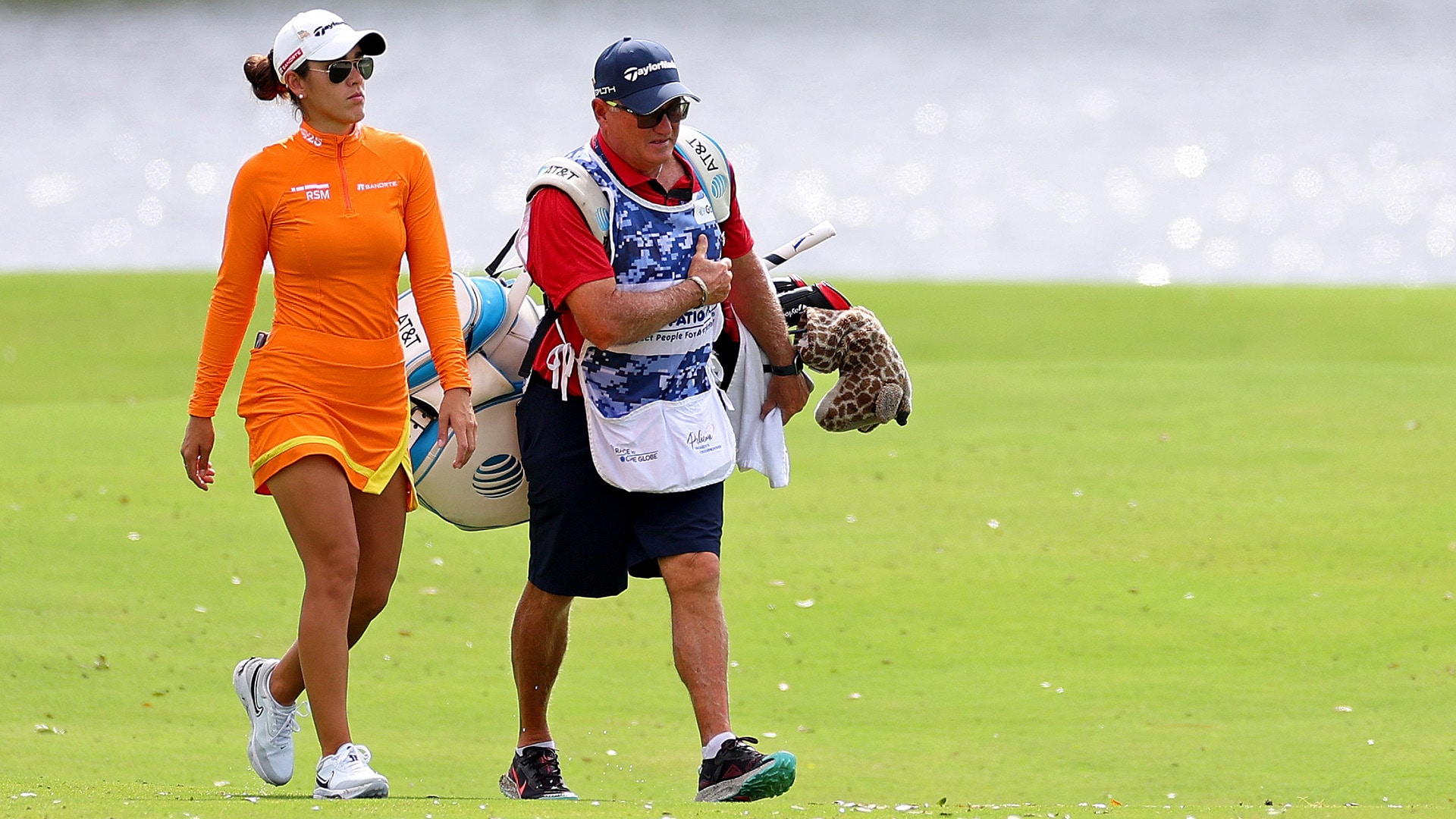 
BELLEAIR, Fla. — Maria Fassi always knew a good putting stroke to go along with her explosive power would lead to low scores. She picked a good time for it to finally come together.

Fassi powered her way across the rain-softened Pelican Golf Club and rode a smooth putting stroke to an 8-under 62, her career low on the LPGA, giving her an early two-shot lead in the Pelican Women’s Championship.

This is the final tournament before the leading 60 players qualify for the CME Group Tour Championship with its $7 million purse.

“I think every single one of us out here wants to finish the year at CME,” Fassi said. “For me, it was a very tough season at the beginning and kind of got back on my feet towards middle, end of the season. So now that I have a chance, and especially after today’s round, it’s just keep doing what I’ve been doing today.”

Fassi felt confident by going back to her “claw” putting grip. Her power was an even bigger advantage on soft fairways with little roll.

Lexi Thompson, Carlota Ciganda and Hyo-Joo Kim were among those at 66. Thompson ended a streak of more than three years without a victory at the Saudi-funded Aramco Team Series in New York last month.

Lydia Ko can clinch LPGA player of the year with a victory. She was among those playing in the afternoon.

The Pelican Women’s Championship was washed out Thursday because of Tropical Storm Nicole, and was reduced to 54 holes.

Fassi decided to replace her 5-wood with a hybrid, and after a big drive on the par-5 14th, the perfect club was a 5-wood.

She figured her hybrid would leave her a few yards short of the green, but there was just enough breeze behind her and just enough power in her swing that it got onto the green and rolled out to 8 feet, setting up an eagle putt.

“Honestly, I couldn’t have left myself a better putt for eagle, and it was good to just finish it with a good putt,” Fassi said.

She was among the most heralded college stars after graduating from Arkansas, but getting her power under control has been mostly what held her back. It took her until her 15th start on the LPGA to seriously contend, tying for third in Cincinnati.

“I knew that a round like this could happen at any point in the year,” Fassi said. “But I think it was more mentally and just kind of letting myself go out and play; kind of get out of my own way. That was my biggest goal this week.”

One player who won’t be at the CME Group Tour Championship is Linn Grant of Sweden, who won the Scandinavian Mixed, when DP World Tour and Ladies European Tour players competed against each other. In a statement to Golfweek, Grant says she can’t travel to the U.S. because she is not vaccinated against COVID-19.

“I understand some people want to know why I am not playing in the U.S. I respect that. The simple reason is that I am not vaccinated,” she said. “Regarding why, I ask the same respect back.”