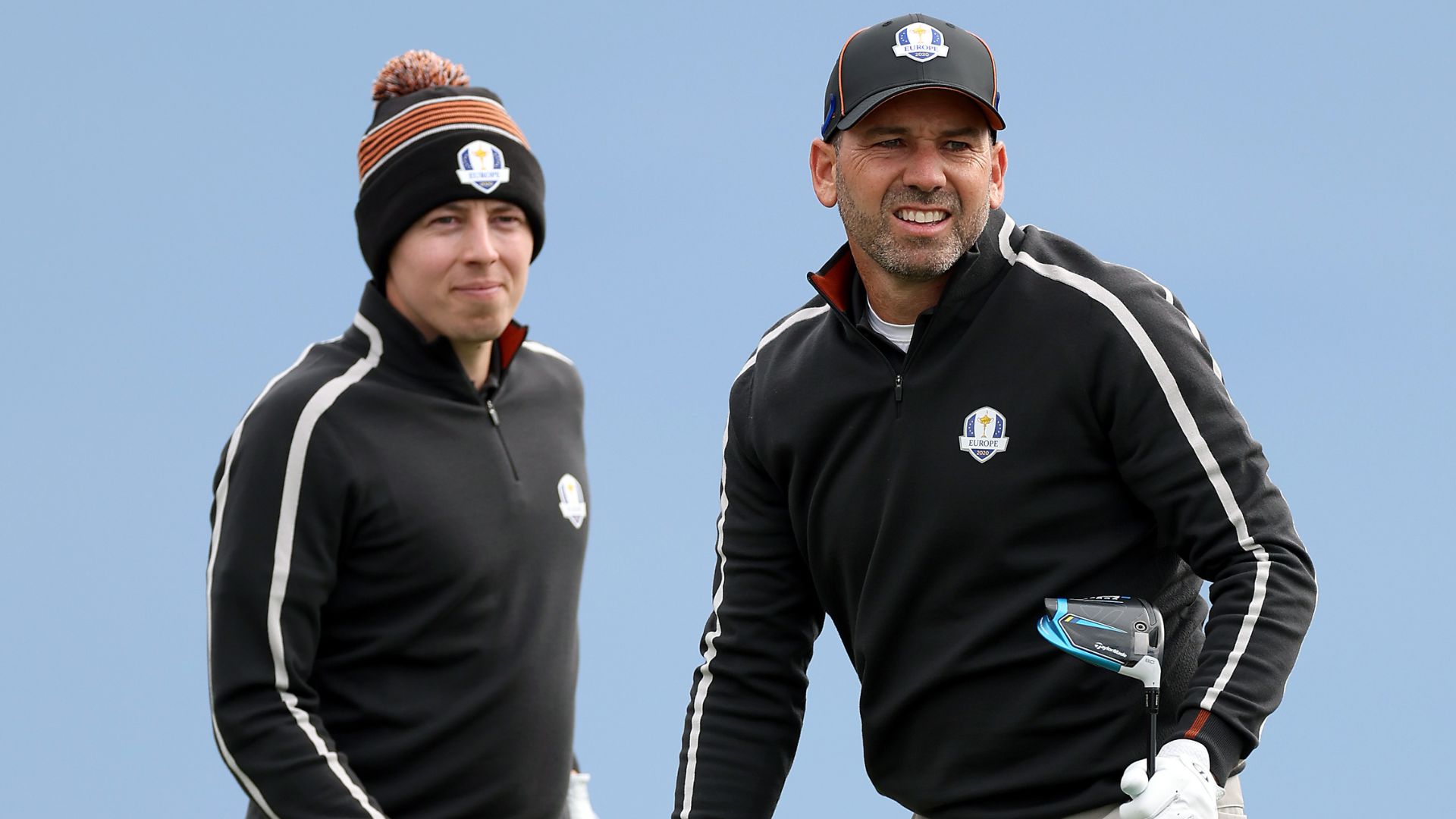 Matt Fitzpatrick is putting winning above everything else.

In 2023, Team Europe will look to bounce back at the Ryder Cup in Rome after losing to the U.S. 19-9 in 2021. With many relationships in the golf world fractured due to LIV Golf, the reigning U.S. Open winner is willing to put all that aside for a better chance at victory. If that means teaming up with multiple LIV players, so be it.

“I think there definitely are a few personal relationships that have been dented by this,” Fitzpatrick told Sky Sports. “I’m not bothered, I just want to win, and I’m sure those boys do too.”

“Sergio would be the one that would stand out for me, particularly,” Fitzpatrick said. “I don’t know the details of [his relationship with Rory McIlroy]. I’m happy to share a room with him, if that’s going to be the case, I can corner him off for everyone else.”

Along with Garcia, many European Ryder Cup stalwarts such as Ian Poulter, Lee Westwood, Graeme McDowell and Henrik Stenson, who was selected to be the captain of the 2023 European squad before losing that title in July due to his defection, have made the move to LIV.

In roughly nine months, Luke Donald, who replaced Stenson as captain, will have some tough choices to make. The U.S. team has ruled out selecting LIV players.

McIlroy is opposed to playing with those who left for LIV

“I don’t think any of those guys should be on the Ryder Cup team,” he said in September.

Spaniard Jon Rahm, however, shares the same sentiment as Fitzpatrick.

“The Ryder Cup is not the PGA Tour and European Tour against LIV – it’s Europe versus the US, period,” Rahm told The Telegraph in October. “The best of each against the other, and for me the Ryder Cup is above all. I wish they could play, but it doesn’t look good.”

Fitzpatrick has no ill will towards the LIV defectors but doesn’t want to see them go back on their words.

“As long as you go and don’t come back, I don’t have an issue,” the Englishman said. “Go take the money, go play wherever you want, I could not care less, just don’t come back and then take spots from other guys that want to play.

“I understand that there’s the likes of Westy, Poulter and Sergio that have played a lot in Europe over the years and have done their bit, and they have. I can’t ever knock them for that, they’ve done way more than I have for the European Tour.”

But with many of those past European Ryder Cup legends getting up there in age, Fitzpatrick knows that LIV or not, next year’s European squad is going to look different.

“I think it’s definitely going to be a younger team,” Fitzpatrick added.

“The young lads are going to have to step up their game and play a lot better to compete with the Americans, because their depth is better than ours, there’s no hiding that.”