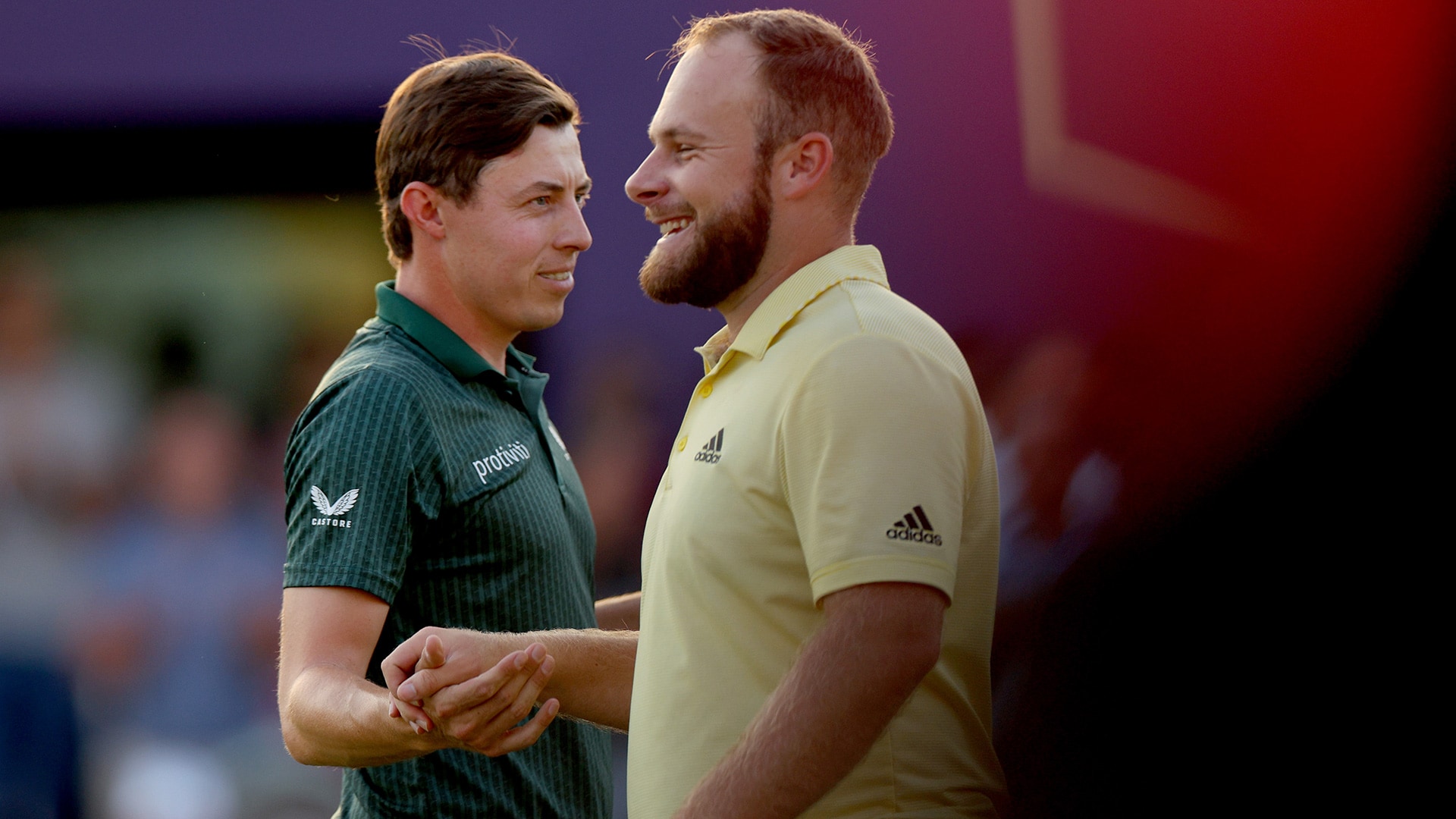 The top-ranked McIlroy, who leads the Race to Dubai standings, went birdie-birdie-eagle on this final three holes for a 4-under 68 that left him seven shots back of co-leaders Matt Fitzpatrick and Tyrrell Hatton.

“It was nice to finish with a flourish there and put myself a little closer to the guys going into the weekend,” said McIlroy, who is bidding to be the European tour’s leading player for the fourth time in his career.

Fitzpatrick’s 67 puts him at 12-under 132 overall to not only share a three-shot lead with Hatton after two rounds but also keep him out in front in the Race to Dubai.

“I’ve played two good rounds to start with to put myself in position,” the U.S. Open champion said. “Just keep doing more of the same and see where it gets me come Sunday.”

Fitzpatrick would clinch a first Race to Dubai title with a third win at the World Tour Championship, provided McIlroy or Ryan Fox don’t finish the event in second. A second-place finish would also be good enough for Fitzpatrick if McIlroy finishes lower than seventh.

Fitzpatrick had six birdies and a bogey at the 12th hole on the Earth Course, where he is a two-time winner. Hatton’s 67 included eight birdies and three bogeys.

Jon Rahm began 2022 as the world’s No. 1-ranked player. Now, he’s fifth. However, he still feels he had a quality year.

Fox, who is second in the points table to McIlroy, shot a 72 and was in 37th place after two rounds. Jon Rahm, meanwhile, is in a group four off the lead after shooting 66.

McIlroy’s brilliant approach shot set up his eagle on the par-5 18th. He described his first 33 holes as “very mediocre golf” but said “something sort of clicked.”

He’s not sure what.

“I’m not sure, but whatever it is I need to bottle it for the weekend,” the Northern Irishman said. “You never know, that finish here on Friday could be key to something that happens over the next 36 holes.”

McIlroy is trying to win the FedExCup and Race to Dubai in the same year for the first time, having won each event on three occasions. His last Race to Dubai title came in 2015, having also won it in 2012 and 2014.