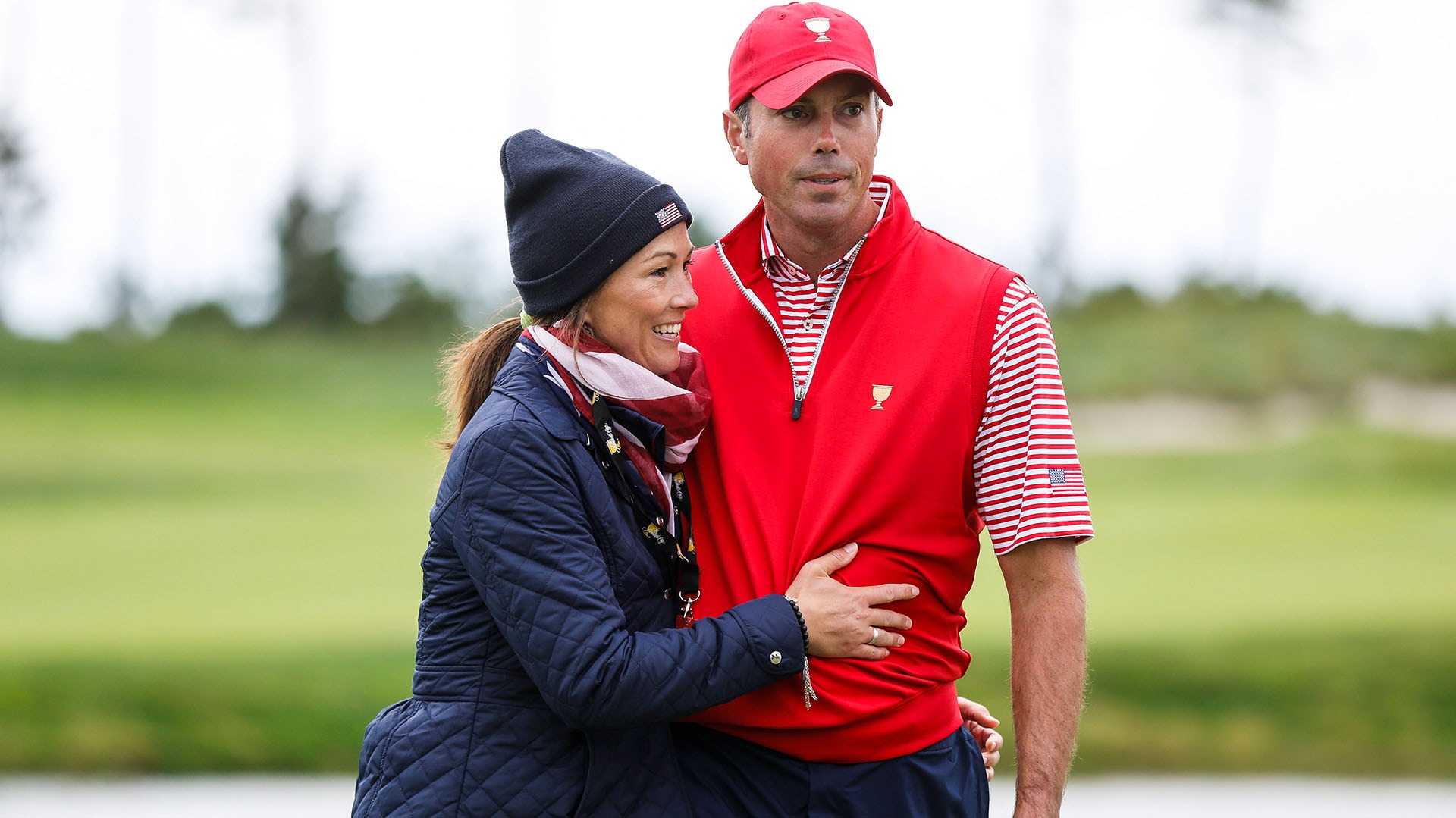 OLYMPIA FIELDS, Ill. – Matt Kuchar has a familiar face on the bag this week at the BMW Championship after parting ways with longtime caddie John Wood.

Kuchar’s wife, Sybi, is caddying this week at Olympia Fields as the 42-year-old looks to extend his season another week. Those longshot chances took a big hit when the veteran opened with a 5-over 75, leaving him eight shots off the early lead.

Kuchar and Wood had been together since 2015, teaming for Kuchar’s 2019 Sony Open victory as well as his bronze medal performance at the 2016 Olympics. They last worked together at the PGA Championship, where Kuchar missed the cut, and the following week Wood told him he wanted off the bag.

“John Wood called me after the week of Greensboro and said he was going to be done caddying, at least for me,” Kuchar told GolfChannel.com. “Said that he was going to look into some options with TV. And so I kind of had to piece together a couple caddies in the interim.”

Last week Kuchar finished T-18 at The Northern Trust with swing coach Chris O’Connell on the bag. O’Connell has been stationed at Friar’s Head in Long Island this summer, and travel restrictions into and out of New York have made it difficult for the two to connect in recent weeks. This week he turned to his wife, who has caddied previously including a fill-in stint at Mayakoba in 2018 for Zach Johnson, who was playing with Kuchar and whose regular looper at the time fell ill.

“Sybi was planning on coming here this week, and then when John pulled out she said she was happy to do it,” Kuchar said. “She’s caddied a handful of times, and it’s been great for us to be able to spend some time together. I think she gets some enjoyment out of being involved and being inside the ropes.”

Kuchar started the week at No. 55 in points, meaning his season will likely end this week outside Chicago. He plans to have veteran caddie Brian Reed on the bag to begin the fall portion of the 2020-21 season. Reed has caddied for several Tour pros, including a previous stint with Kuchar, and most recently was on the bag for Kyle Stanley.