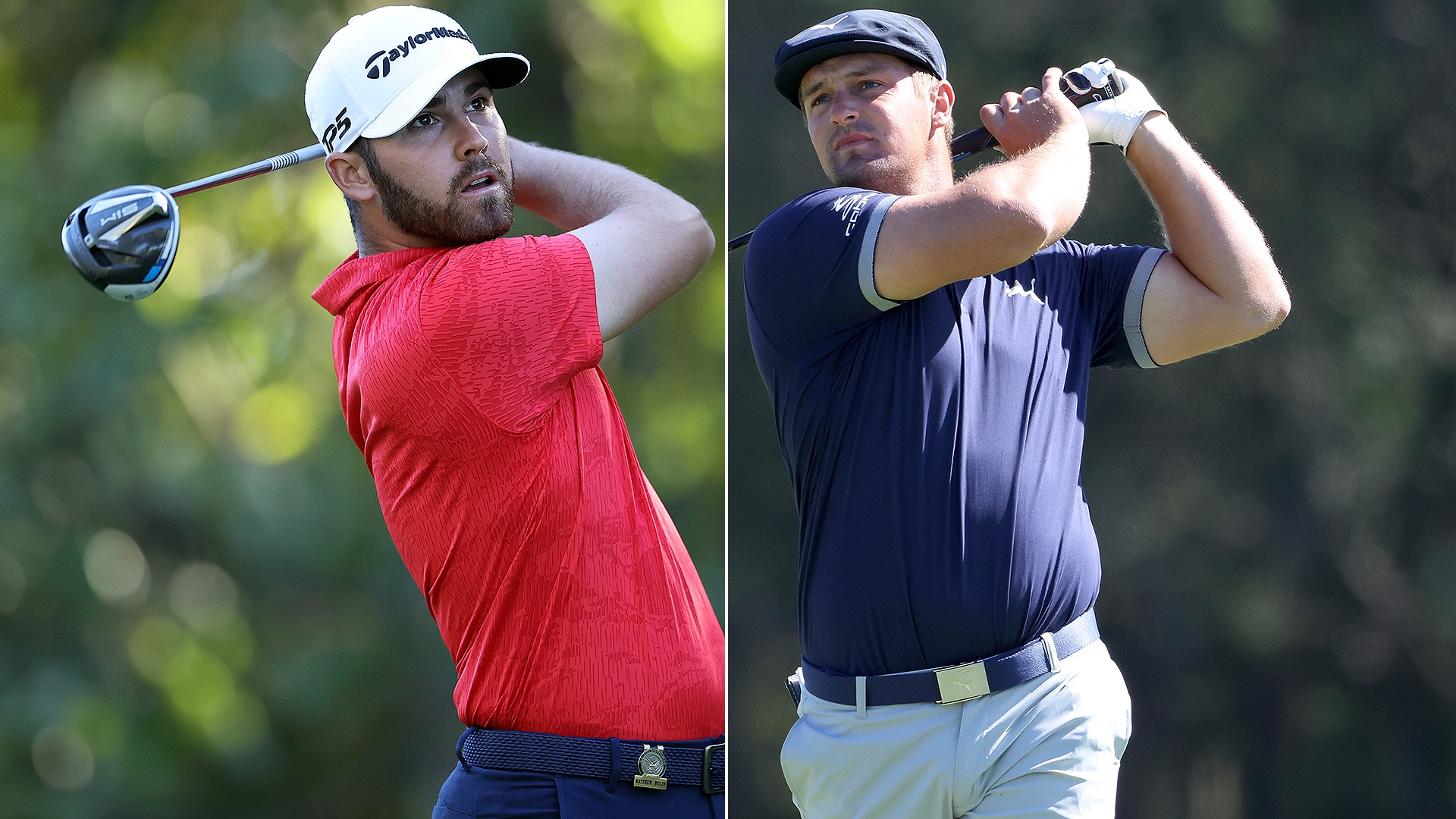 
It was another difficult day of scoring at Winged Foot, and now there’s a fresh face atop the leaderboard. Here’s how things look heading into the final round of the U.S. Open, where Matthew Wolff will look to become the first player in more than a century to win in his debut appearance:

What it means: Wolff started the day four shots off the lead, but he rocketed up the standings with five birdies over his first nine holes while the rest of the leaders struggled to save par. At just 21 years old, he’s making his U.S. Open debut and playing in just his second career major. Wolff grabbed a share of the lead at the turn and quickly built a three-shot cushion. He’s now in position to become the first to win a U.S. Open debut since Francis Ouimet in 1913 and become the youngest major winner since 21-year-old Tiger Woods at the 1997 Masters. But the margin is only two after DeChambeau played his final three holes in 1 under to remain within reach as he looks for a major breakthrough of his own.

Round of the day: Wolff channeled memories of Phil Mickelson from 2006, only this time there were no hospitality tents involved. The former Oklahoma State standout hit just two of 14 fairways but scrambled from various corners of the course, turning in 5-under 30 and hanging on for dear life from there. He capped a round of 5-under 65 with a 10-foot birdie on No. 18, his sixth of the day, tying Justin Thomas for the low round of the week and the lowest-ever score at a Winged Foot U.S. Open.

Best of the rest: Alex Noren went out early and showed the leaders that there was, in fact, a score to be had Saturday on the West Course. The Swede made a big move up the standings with a 3-under 67, his best of the week by five shots and one that seemed for a while like it would be the low round of the day. Noren made the cut on the number at 6 over but after carding four birdies against a bogey he’ll head into the final round in a tie for 11th at 3 over, eight shots behind Wolff.

Biggest disappointment: Reed appeared on cruise control after a pair of early birdies, increasing his lead from one shot to three. But it all fell apart for the former Masters champ over the back nine, as he carded an inward 43 after playing Nos. 10-15 in 6 over. Reed held the lead at the halfway point thanks in large part to his sizzling short game, but after a 7-over 77 he’s now facing an eight-shot deficit. Honorable mention here goes to a pair of former world No. 1s, as Justin Thomas (+4) and Jon Rahm (+7) both faded from contention after matching rounds of 76.

Main storyline heading into Sunday: All eyes will be on Wolff, who will look to follow former college contemporary Collin Morikawa by capturing a major in just his second major start and with no fans present. While Morikawa came from behind at TPC Harding Park, Wolff will have a target on his back for the entire final round with long-hitting DeChambeau just two shots back and accomplished players like Oosthuizen and Schauffele still within striking distance. Oh, and don’t sleep on Rory McIlroy, who trails by six at 1 over after a third-round 68 as he looks to win a major for the first time since 2014. Wolff earned his first PGA Tour win last summer at the 3M Open, but he’s about to enter a situation unlike any he has encountered thus far in his nascent pro career.

Shot of the day: After getting a fortunate bounce out of the primary rough, Wolff took dead aim with his final approach shot from 207 yards away that nestled 10 feet away. He calmly rolled in the putt to cap the day’s lowest round by two shots and ensure the pole position heading into the final round.

Quote of the day: “Just being in that lead and knowing what it’s like to sleep on the lead, I feel like I’m going to look back on that a little bit.” – Wolff, who had a three-shot lead through 54 holes at the Rocket Mortgage Classic in June but ultimately finished second, three shots behind DeChambeau.