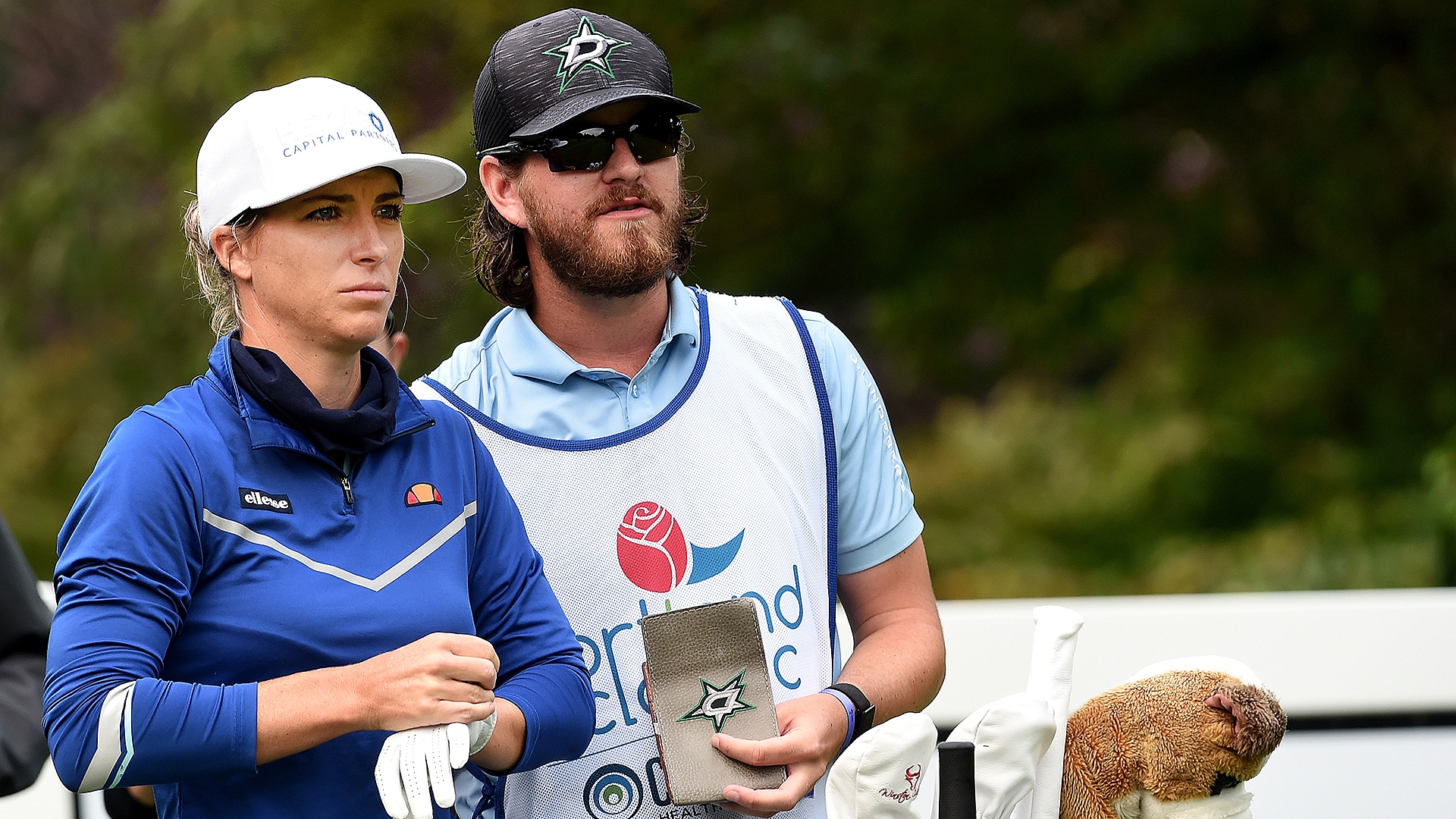 PORTLAND, Ore. – Mel Reid shot a 7-under 65 on her 33rd birthday Saturday to take a two-stroke lead over defending champion Hannah Green into the final round of the Cambia Portland Classic.

Reid closed her bogey-free afternoon round with a birdie on the par-4 18th at Columbia Edgewater. Winless on the LPGA Tour, the English player had a 12-under 132 total in the event reduced to 54 holes because of poor air quality caused by wildfires.

”Put myself in a great position, a position that everyone wants to be in, so I’m excited for the opportunity tomorrow,” Reid said. ”Just keep doing the same thing and see where tomorrow afternoon takes us.”

Reid closed the front nine with four straight birdies and added another on the 11th. She’s in position for her first victory a week after tying for seventh in the major ANA Inspiration in the California desert.

”I felt like I hit it really good last week, so kind of took that momentum going into this week,” Reid said. ”I think it did me a favor having an extra day off. I was pretty tired from last week.”

Green, tied with Cydney Clanton for the first-round lead after a 66, made a long birdie putt on the 18th for a 68.

”It was definitely slower than yesterday,” Green said. ”I got off to such a great start, so always hard to back up a low round. Really happy with my last putt. Holed a long bomb there, so gives me another positive momentum for tomorrow. Hopefully, I can get the pace of the greens a little bit better and give myself opportunities.”

”I love being in contention. It’s so fun,” Olson said. ”It’s what we play for, what we practice for.”

Sophia Popov was 4 under after a 69 in her first start as an LPGA Tour member. The German won the Women’s British Open, but missed the ANA Inspiration because the field was set in April when it was postponed by the COVID-19 pandemic.

”Celebrations will start tomorrow no matter what for my birthday.” Reid said. ”I’ve got to be well behaved tonight and I was well behaved last night, which is shocking to many people.”