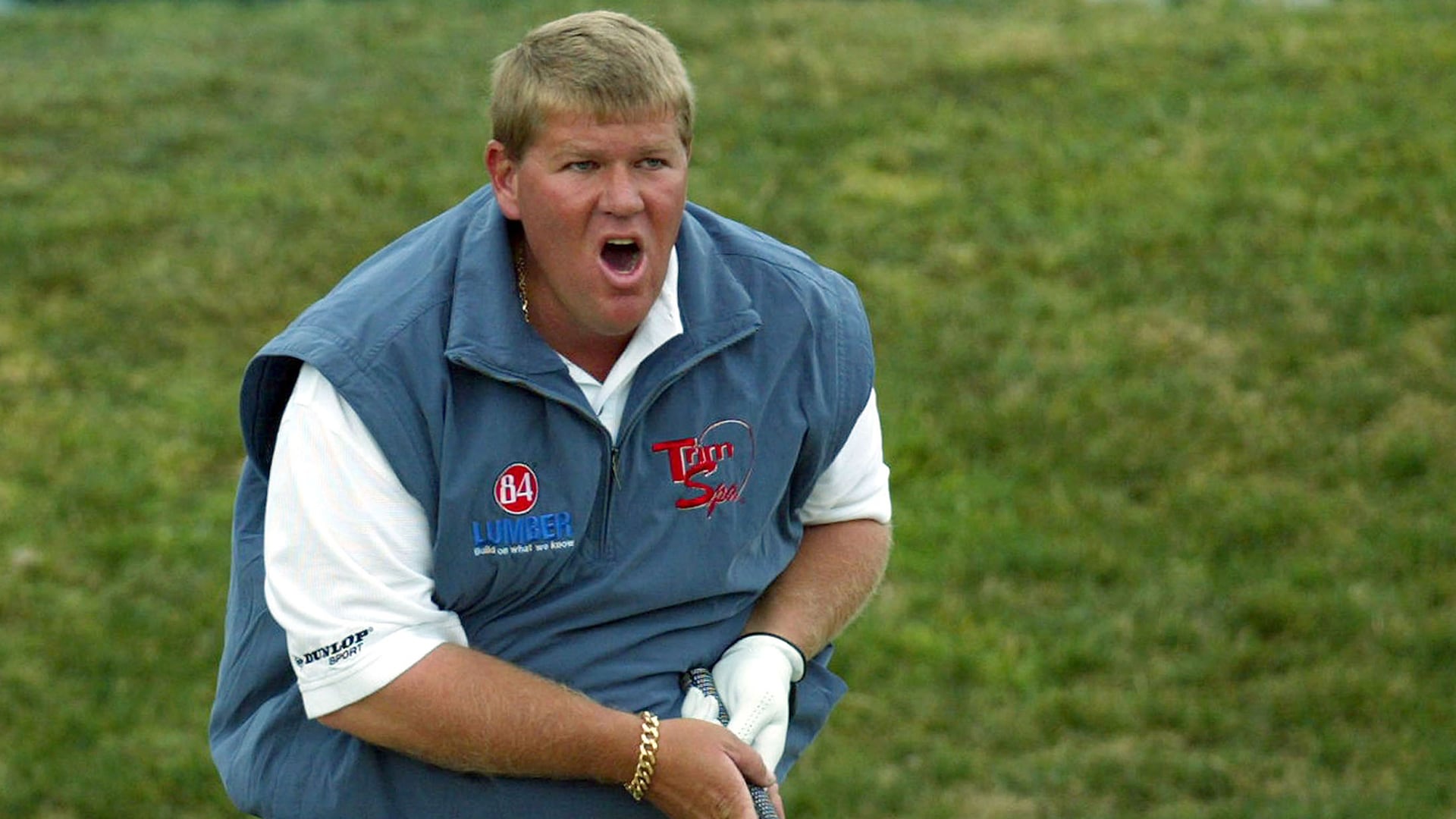 The San Diego Open was first played in 1952 at San Diego Country Club and has since molded into one of the PGA Tour’s premier stops — the Farmers Insurance Open at Torrey Pines.

There has been a batch of unforgettable moments throughout the years at Torrey Pines — particularly on the South Course’s par-5 closing hole — so let’s take a trip down memory lane.

The Spaniard is currently on a Rahmpage, having won four of his last six worldwide starts.

However, Torrey Pines’ closing hole is where Rahm has etched his name in golf history.

At the 2017 Farmers, Rahm started the final round three strokes off the lead. After stuffing a wedge to 5 feet on the 17th to take the lead, Rahm capped off a final-round 65 by holing a 60-foot eagle putt to notch his maiden win and, at 22 years old, become the event’s youngest-ever winner.

Four years later, Rahm had another fairytale ending at Torrey — this time, however, in the U.S. Open. He sank a left-to-right birdie putt from 25 feet on No. 17 to tie the lead. He then followed that on No. 18 with another birdie putt — this time from 18 feet — to take a one-shot lead en route to becoming a first-time major champion.

It had been a very bumpy road for Daly since his improbable victory at St. Andrews’ 1995 Open Championship, battling through more divorce and additional alcohol rehab.

But at the 2004 Buick Invitational, he ended a nine-year winless drought in typical Daly fashion.

Ranked No. 299 in the world at the beginning of the week, the two-time major champion, despite a final-round 75, found himself in a playoff with Chris Riley and Luke Donald.

On the first playoff hole, Daly hit a 100-foot bunker shot that landed just feet from the hole and he tapped in for birdie. Riley and Donald then missed both their birdie putts from inside 6 feet and Daly was once again back in the winner’s circle.

“I really believe I wouldn’t keep teeing it up on Tour events if I didn’t think I could win,” Daly said afterward. “I wish it would come easier … I’ve never doubted I knew I could win again. I’ve worked too hard not to. Peter Jacobsen told me, ‘No matter what happens, John, the talent never goes away.’ That stuck with me for a long time.”

However, that would the last of Daly’s five Tour victories.

This wasn’t quite Jean Van de Velde at the 1999 Open Championship, but Stanley got as close as one can get.

Van de Velde, of course, blew a three-stroke lead on his 72nd hole at Carnoustie with a triple bogey and eventually fell to Paul Lawrie in a playoff.

The 24-year-old Stanley led by seven early in the final round of the Farmers and came to the final hole’s tee box with a three-shot lead. Then, disaster struck. On his third shot, Stanley spun a wedge into the water and then three-putted from 45 feet for a triple.

Like Van de Velde, Stanley had a chance to put his final-hole blunder behind him in a playoff, but he fell to Brandt Snedeker after two bonus holes.

Talk about shaking off that catastrophe quickly, though, Stanley won the WM Phoenix Open the next week. Van de Velde wouldn’t win until the DP World Tour’s 2006 Madeira Island Open.

Battle of the leftys.

After Watson made a 12-foot birdie on No. 18, Mickelson needed an eagle to force a playoff.

However, after laying up, Mickelson had to hole out from 72 yards, so he sent his caddie, Jim “Bones” Mackay to tend the pin.

The three-time Farmers winner almost did the impossible at his hometown event, but his shot with a 64-degree wedge landed 4 feet short of the cup.

“I felt like it would have a chance,” Mickelson said afterward. “About 10, 12, 14 times a year I ended up hitting the pin with a wedge, and it ricochets all over the place and I didn’t want that to happen. I also wanted to give it two chances.

“I wanted to fly it in, possibly, or I wanted it to skip past it and maybe bring it back and give it a second chance to go in and the pin would only get in the way of that. So I didn’t want to have the pin in if I was going to try to make it.”

Watson, meanwhile, notched his second Tour win and was emotional afterward thinking about his father who died of cancer in late 2010.

Nobody is more synonymous with this event than Woods. He has won this event a record seven times, but the first came dramatically in 1999.

The Big Cat was tied with Billy Ray Brown heading to the finishing hole. Woods hit a 323-yard drive and then knocked a 7-iron to 15 feet en route to a winning eagle.

Oh, and while we’re reflecting on indelible finishes at Torrey Pines, did we mention the 2008 U.S. Open?