Memorable moments from the Sony Open in Hawaii 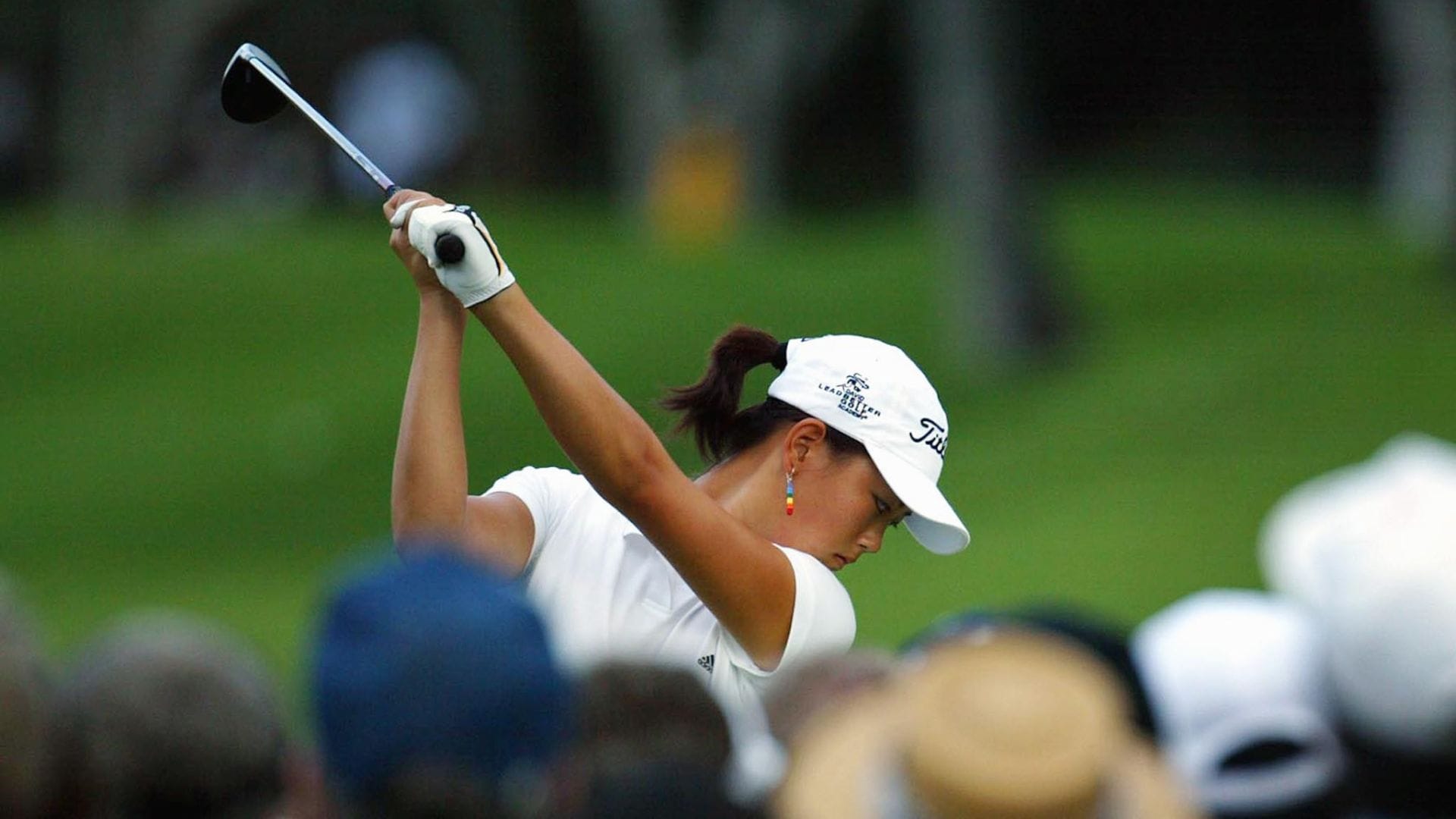 Waialae Country Club has been an integral stop on the PGA Tour calendar since 1965 and has produced many indelible moments throughout the years.

As we look forward to the first full-field event of 2023, let’s first reflect back at some of the Sony Open in Hawaii’s top moments.

At just 14 years old, Michelle Wie captured the eyes of the sports world at the 2004 Sony Open.

A year after Annika Sorenstam became the first female in 58 years to tee it up on the PGA Tour, the phenom would follow suit on a sponsor’s exemption at her home event.

“I started playing golf when I was 12,” Sorenstam said ahead of Wie’s Tour debut. “I didn’t break 70 until I was maybe 16 or 17. I can’t relate to what she’s going through, but I can relate to what it feels like to play in a PGA [Tour] event. … She’s jumping into the lion’s pit.”

However, the teenager stuck with the big boys — and beat 47 of them — shooting 78-62 and nearly making the cut, but missing it by a single stroke. Her second-round 68 is the lowest Tour round by a female, even though Wie would play another seven Tour events, including three more Sony Opens.

A mere four days after winning the Tournament of Champions, Justin Thomas made history in style.

The then 23-year-old chipped in for eagle on the first hole, and on his last of the first round, faced a 15-foot eagle that’d make him the youngest-ever player — and seventh player — to shoot 59 on Tour.

Thomas would indeed do just that, joining David Duval (1999) as the only players to eagle the final hole for a 59.

Three days later, the former Alabama Crimson Tide would go on to notch his second win in as many weeks — becoming the first player since Ernie Els in 2003 to win back-to-back at Kapalua and Waialae. That feat, however, meant more to Thomas than his historic opening round.

“I think I hold couple of records, I’m sure,” Thomas said Sunday after the victory. “I’m just worried about this win I just had. I don’t really care about anything else.”

Azinger’s return to the winner’s circle

Paul Azinger was a stalwart on Tour, winning 11 times between 1987 and 1993, with the last of those being his lone major victory — the PGA Championship. In December of ’93, however, he was diagnosed with lymphoma in his right shoulder blade.

The American would return to competition by August of the ’94 season, but in another 12 full years on Tour, he would win only once more — the 2000 Sony Open.

”I had no doubt I was never going to win again, I was playing so bad,” he said after his seven-shot victory. ”Winning was not an option. I just didn’t see it coming back.”

“All the people who’ve been diagnosed with cancer,” he said, “I guess I’m living proof that your life can return back to normal.”

In the second-ever Hawaiian Open, Ted Makalena became the first Hawaiian-born winner of the event, edging Billy Casper and Gay Brewer in 1966 by three shots, while also setting the tournament record. It would be his only Tour win. Two years later, Makalena died in a swimming accident in Waikiki.

In 1968, a few months after notching his maiden victory at the U.S. Open, Lee Trevino, Makalena’s good friend, won at Waialae in the second-to-last event of the season (two months after Makalena’s death) and donated $10,000 of his $25,000 winner’s check to set up a trust fund for Makalena’s kids.

“I don’t believe it, it’s impossible — what a finish,” Vin Scully said on the 1983 Hawaiian Open broadcast.

Tied down the stretch, Isao Aoki and Jack Renner seemed destined for bonus golf. On the par-5 finishing hole, Renner reached the green in two and faced a 10-footer for eagle, which lipped out. Aoki, playing a group behind, hit a wayward tee shot and a poor approach that left him in the left rough, 128 yards from the hole.

“I figured at worst I’d be in a playoff,” Renner said afterward.

However, Aoki then had one of the most improbable finishes in golf history, holing his shot with a pitching wedge for a walk-off eagle in his lone Tour win.

Renner, though, would exorcise those demons at Waialae the very next year. After Renner birdied the final hole, Wayne Levi missed a 4-footer for the win and Renner would go on to best Levi on the second playoff hole.

But sometimes, the agony of defeat outweighs the thrill of victory.

“I think people made a lot more out of (1983) than I did,” Renner told the Honolulu Star-Bulletin decades later. “It’s funny because most people don’t remember the next year I went back and won the tournament.”

At the 1998 United Airlines Hawaiian Open, John Huston broke a Tour record that was set 16 years before he was born.

After suffering bursitis in his left shoulder in 1997 and finishing outside the top 125 on the Tour’s money list for the first time in his career, Huston got off to a fast start in ’98 with two consecutive top-10s. By his fourth start of the season, he won at Waialae with a score of 28 under par, one stroke better than the record Ben Hogan set in 1945, which was also equaled by Mike Souchak a decade later.

Not to mention, Huston set the tournament scoring record by five strokes (now held by Thomas, 2017) and established a new Tour birdie record, carding 31 birdies this week, two more than the previous record set by Chip Beck at Disney in 1988. That record has since been surpassed by one birdie on three different occasions — Mark Calcavecchia at the 2001 WM Phoenix Open, Paul Gow at the 2001 BC Open and Jon Rahm at the 2022 Sentry Tournament of Champions.

In addition to matching the birdie record at Kapalua last year, Rahm broke the Tour’s scoring record in relation to par by two strokes, shooting 33 under. However, he was bested by Cam Smith at the same event, who shot 34 under — the current record. Matt Jones also broke the record that week with a 32 under score.

Since Huston edged Hogan’s 53-year record in ’98, six players have shot 30 under par. Ernie Els shot 31 under in 2003, which was the record for 19 years until Smith, Rahm and Jones bested that mark last year.