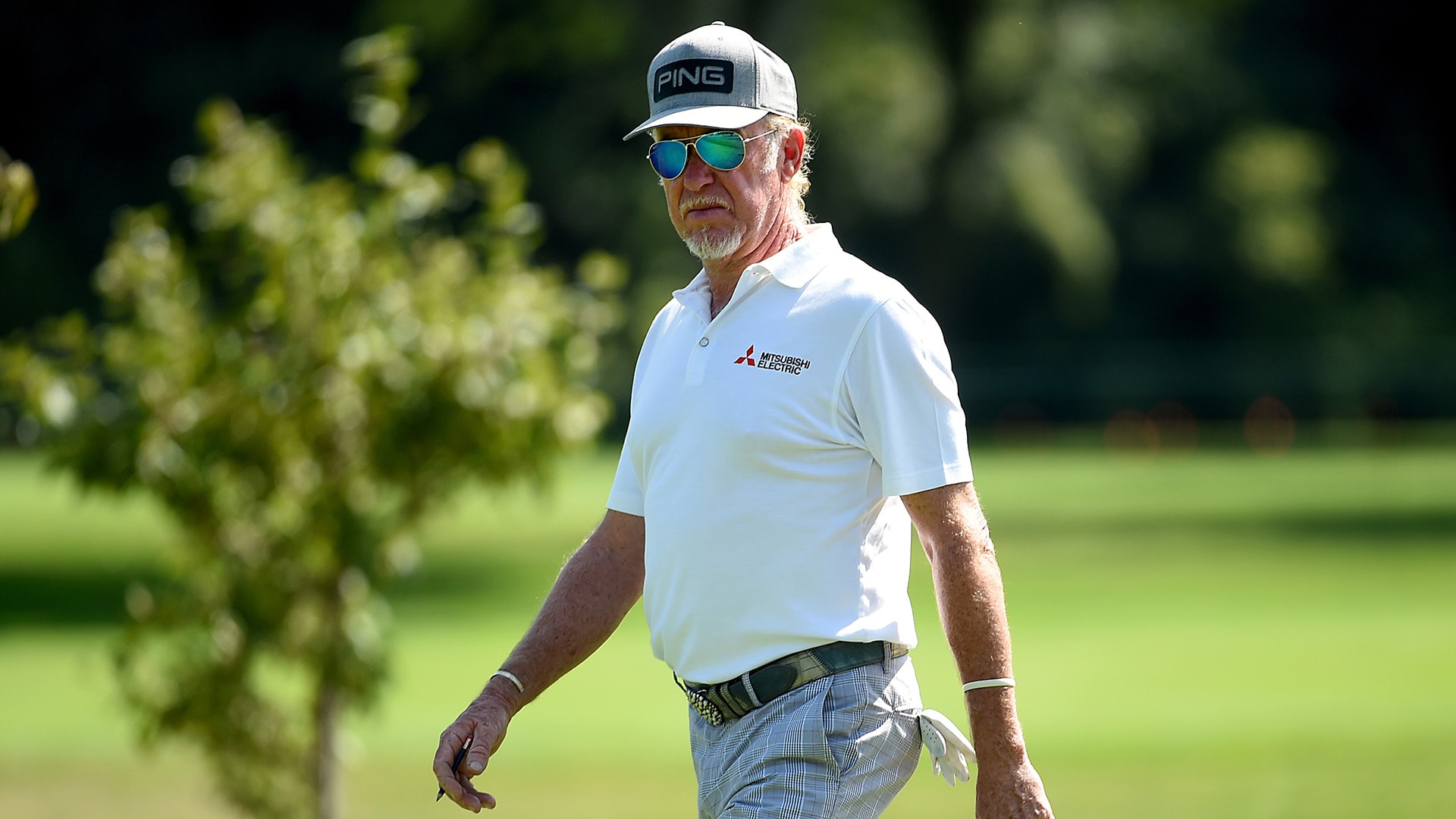 SIOUX FALLS, S.D. — Miguel Angel Jimenez completed a wire-to-wire victory Sunday in the Sanford International, the PGA Tour Champions’ first event with fans since returning from a break for the coronavirus pandemic.

Jimenez closed with a 5-under 65 at Minehaha Country Club to beat Steve Flesch by a stroke. The 56-year-old Spanish star won for the second time this season and 10th on the 50-and-over tour.

Tied for the second-round lead with Steve Stricker, Jimenez eagled the par-5 12th for the second time in three days and played the four par-5 holes in 4 under with birdies on Nos. 4 and 16. He parred the final two holes to finish at 14-under 196.

Stricker shot a 67 to tie for third with Bernhard Langer (65) at 12 under. Stricker won the inaugural event in 2018, then skipped his title defense last year. He was only player at Minehaha set to play next week in the U.S. Open at Winged Foot,

Fred Couples, a stroke back entering the round, followed a second-round 64 with a 72 to fall into a tie for 25th at 6 under.

Country singer Colt Ford was last in the 81-man field in PGA Tour Champions debut. Playing on a sponsor exemption, he shot 74-78-72 to finish at 14 over – a stroke better than fellow sponsor exemption Gary Nicklaus.