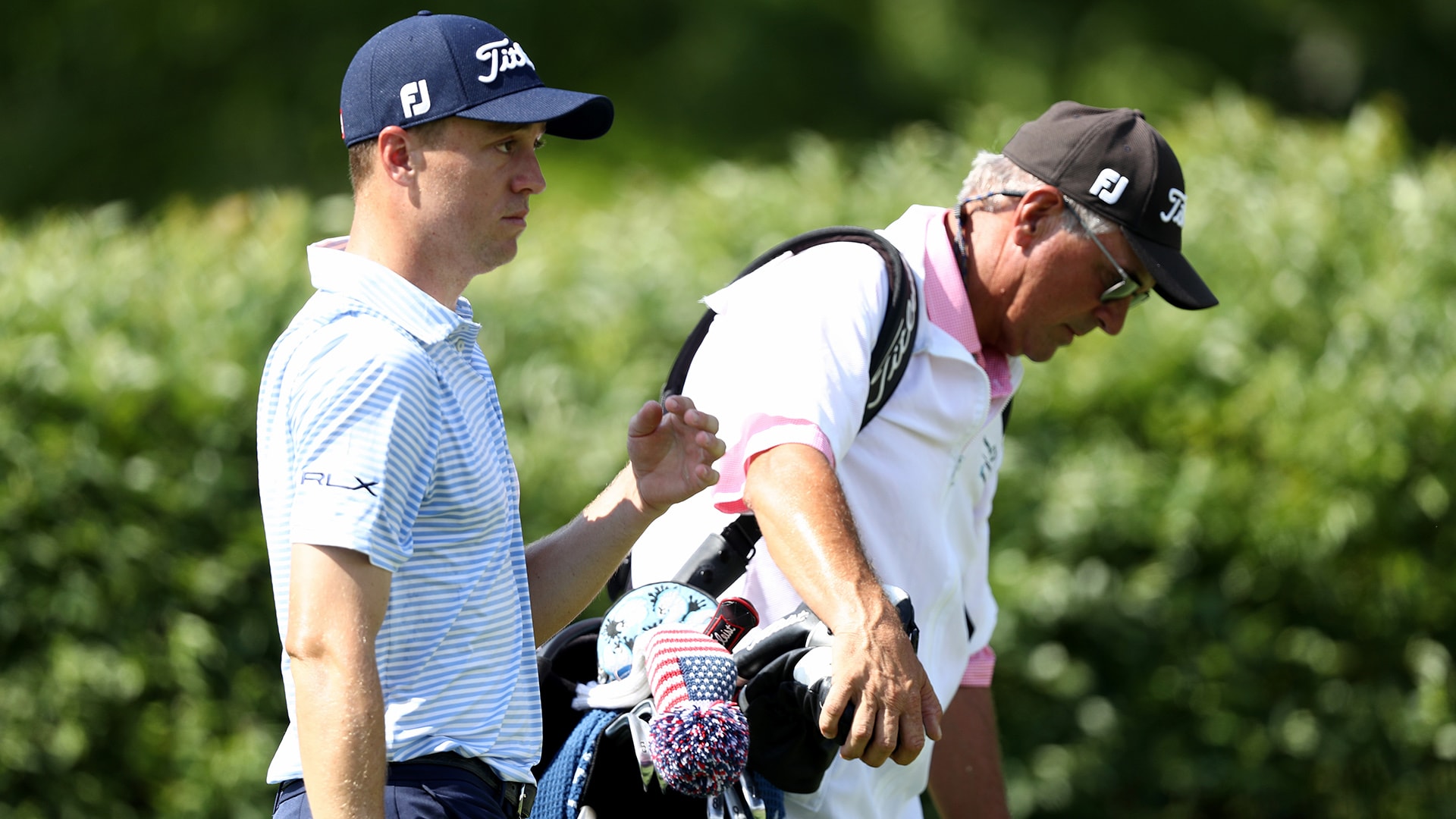 DUBLIN, Ohio – Justin Thomas had to call for backup Saturday at the Memorial.

His caddie, Jimmy Johnson, felt dizzy as they played the third round in a heat advisory, with a feels-like temperature of 100-plus degrees at Muirfield Village. Fortunately for Thomas, his father and swing coach, Mike, was outside the ropes and able to carry the bag for the final six holes. As an instructor, Mike Thomas was already inside the Tour bubble and cleared through the COVID-19 protocols.

“I could tell he was lightheaded and didn’t have a lot of energy,” Thomas said after the round. “I told him on 12 that if he needed to leave, he needed to leave. Just wanted to make sure he’s OK versus both of us worrying about it out there. I hit my tee shot, and Jimmy was gone and my dad was there.”

Thomas was 1 over at the time and struggled to the clubhouse, finishing with a round of 75. He is at even-par 216.

“Yeah, it sucks, because I really was playing well,” said Thomas, who lost in a playoff here last week. “I just made a bad double (on 16) and had a rough finish. But I didn’t make those bogeys because my dad was caddying; it was just poor execution. In a day, nobody will remember it. But right now, yeah, it’s a bummer.”

It’s the second time that Justin Thomas has used his dad as his caddie on Tour; he also had Mike Thomas on the bag at Kapalua in 2018, when Johnson sat out because of a foot injury.

“It’s player and caddie, not coach and dad,” Mike Thomas said. “Just trying to ask him what he wants me to do and trying to get him in in fewer than he got in.”

Justin Thomas didn’t know if Johnson will feel well enough to loop for the final round on Sunday, when temperatures are again expected to be in the mid-90s.

Thomas didn’t know if Johnson will feel well enough to loop for the final round on Sunday, when temperatures are again expected to be in the mid-90s.