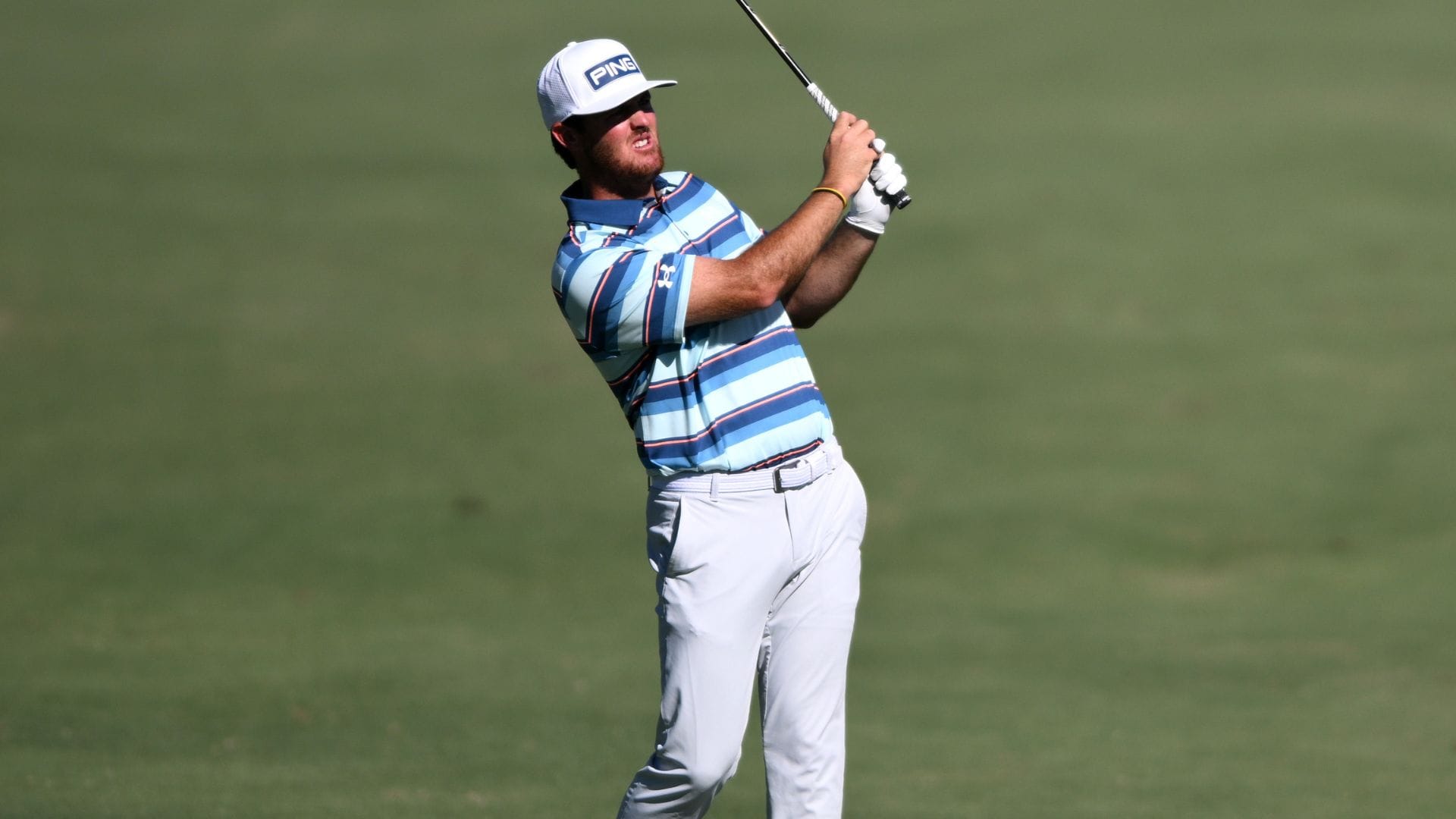 
LAS VEGAS — Mito Pereira of Chile led a parade of players from the International team at the Presidents Cup in the Shriners Children’s Open on Friday, making birdie on half of his holes for an 8-under 63 that gave him a one-shot lead.

Pereira took care of the par 5s at the TPC Summerlin and putted for birdie on every hole except the par-4 12th, where he had to save par from a bunker left of the green.

His one lapse was on the seventh hole toward the end of his round when he ran a 20-foot birdie putt some 6 feet by the cup and three-putted for bogey.

Pereira was at 12-under 130, one shot ahead of Robby Shelton, who birdied the par-5 ninth on his final hole for a 63.

Right behind were 20-year-old Tom Kim and Si Woo Kim, top performers for the International team in their own right two weeks ago at Quail Hollow. Another shot back was Cam Davis of Australia, who also had a solid debut in the Presidents Cup.

“I think Trevor did a really good job with us, encouraging us how good we are, how good we play golf,” Pereira said. “So I think we carry that over here. Right now we’re just playing really good.”

Also in the mix were two other International players, Christiaan Bezuidenhout and defending champion Sungjae Im, who were five behind.

One of the American stars isn’t faring too badly. Patrick Cantlay continued to give himself great looks at birdie, no small task on a TPC Summerlin course that was renovated with new grass on the fairways and greens. That takes time to settle, meaning the greens are hard and it’s tough to get it close.

Cantlay had to settle for another 67, leaving him in the group four behind. Cantlay, the No. 4 player in the world with two wins this year, has a victory and two runner-up finishes in his four appearances at the TPC Summerlin.

Asked if he was freaked out making a bogey given the good scoring, Cantlay replied, “I don’t get freaked out by much.”

Pereira is riding high from his confidence gained at the Presidents Cup. Further in his mind is May, when the Chilean was on the cusp of winning the PGA Championship. He had a one-shot lead playing the 18th at Southern Hills when he drove into a stream, missed the green and made double bogey to miss the playoff by one shot.

It was a crushing loss, though it got him into the top 50 for the other majors and led to him playing in the Presidents Cup. He still thinks about it from time to time, “but it’s just way over there in the past.”

“I’m just trying to get my first win here,” he said.

Si Woo Kim had the best and worst of the back nine at Summerlin. He chipped from the back of the green on the par-4 12th into the water on his way to a triple bogey. On the reachable par-4 15th, he holed a bunker shot for eagle. It added up to a 68, and he’s a big part of the picture on the weekend.

So is Tom Kim, who won two months ago for his first PGA Tour victory. He had a 67 despite not making birdie on any of the par 5s and going through the scorable stretch on the back with nothing better than par.

“I just got really mellow,” Tom Kim said. “I just didn’t make any birdies and closed out with 10 pars in a row. It was pretty boring after nine, but I hung in there and I kept myself in it. I think that was the biggest thing.”