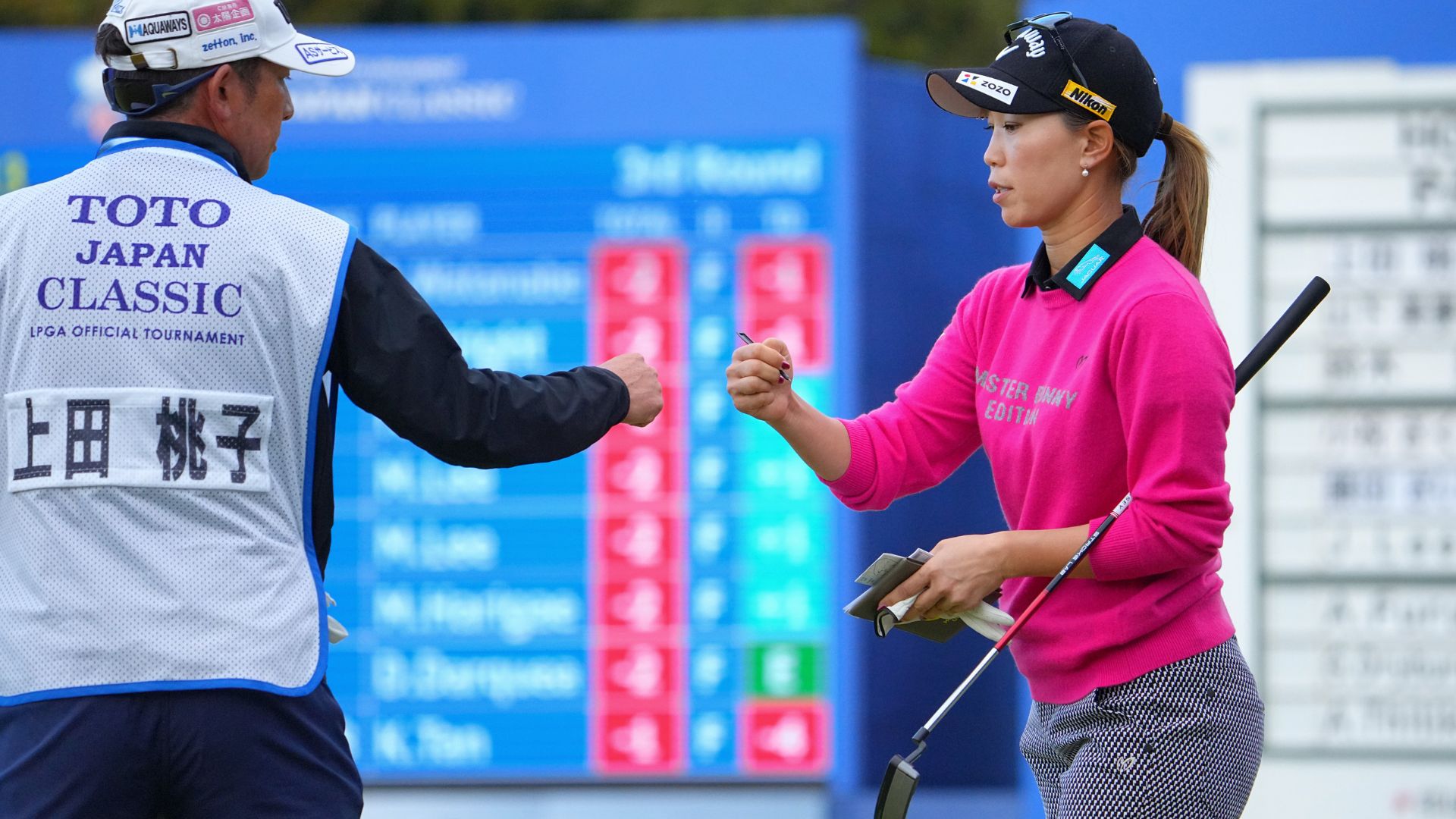 SHIGA, Japan – Momoko Ueda of Japan shot a 4-under 68 on Saturday to take a one-stoke lead after three rounds of the Toto Japan Classic. Ueda also held a one-shot lead after the second round.

Ueda, who had a three-round total of 14-under 202, is one shot ahead of Gemma Dryburgh, who shot a 65 for the best round of the day. Pornanong Phatlum of Thailand also had a 65 but was far off the pace at the Seta Golf Course in western Japan.

Japanese player Miyu Yamashita shot a 69 and was two strokes back. The field is tightly bunched with nine other players within five shots of the lead.

“I am not comfortable with the rhythm of my swing and also for my putting this week,” Ueda said. “Keeping a good rhythm would be a key for tomorrow.”

Dryburgh is playing for only the second time in Japan and will be looking for her first LPGA Tour victory on Sunday.

“I’ve been hitting it well,” the Scottish player said. “Hitting it a bit closer than usual, which always helps. I think I hit a couple to a foot today, so nice and easy. Stress free.”

Dryburgh was asked how she’ll approach the final round.

“Hopefully, stay steady and do the same thing as today. Try to hit one shot at a time — as they say.”

World No. 1 Atthaya Thitikul slipped nine shots back after shooting 73 in the third round.