Mr. Butterfield: At 50 years old, Brian Gay in mix for another Bermuda title 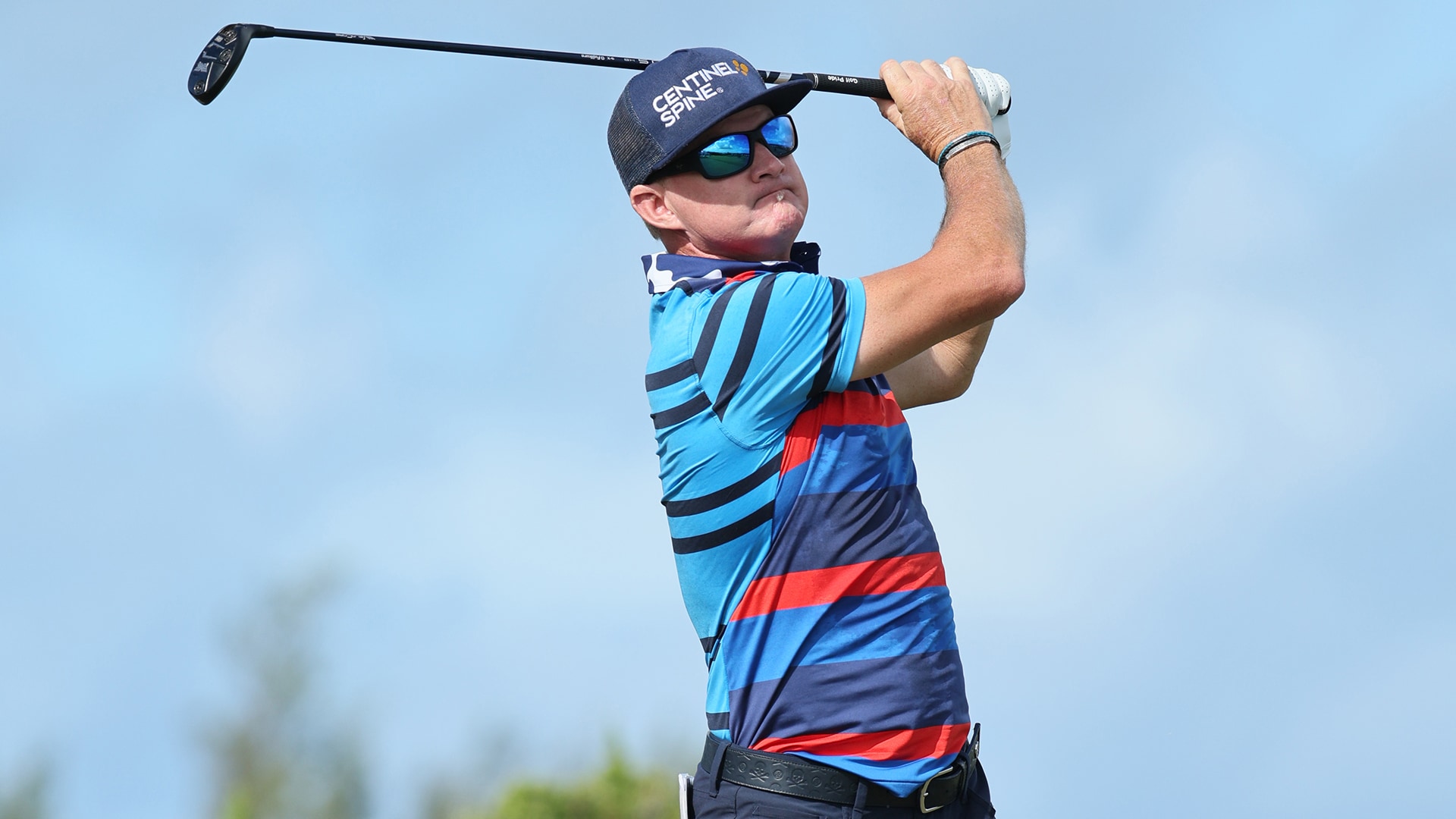 As Kevin Kisner admitted last year, there are certain golf courses that, mostly due to length, he just can’t win at.

When it comes to 50-year-old Brian Gay, who last season averaged a mere 283.3 yards off the tee, that list includes all but a handful of courses these days.

Luckily for Gay, one of them is Port Royal Golf Club.

Gay fired his third straight 5-under 66 Saturday on the Robert Trent Jones Sr. design, which measures 6,828 yards, and sits fifth, just three shots back, at the Butterfield Bermuda Championship.

“It’s not about length on this course,” Gay said. “Kind of get the ball in the right spot and give yourself chances and make some putts.”

Gay’s methodical approach has seen him card just two bogeys through three rounds around the island layout, tied for the lowest amount in the field. That’s even more impressive considering the windy conditions and tight landing areas.

“I grew up on greens virtually identical to this,” said Gay, who grew up in Fort Rucker, Alabama, and attended college at the University of Florida. “They’re not too fast, grainy Bermuda, something I’ve played on my whole life, so it’s just comfortable for me.”

It’s not often a PGA Tour course feels cozy to Gay, who, if he played enough rounds last season, would’ve ranked No. 192 in driving distance, ahead of just Brendon Todd and Brian Stuard, and nearly 40 yards behind No. 1 Cameron Champ (321.4 yards).

Need further verification that Gay is in the twilight of his Tour career, consider this from current Bermuda leader, 35-year-old Seamus Power: “I think Brian’s over 50. Is he over 50? Yeah, he’s going to have a great career on the Champions Tour. He’s been on the PGA Tour for 25, 26 or something years (23 actually), and it’s an incredible career. And same with Aaron [Baddeley, T-3]. Those guys, they’ve kind of earned a right to – kind of whatever they’re going to get out of it now is going to be a bonus, I feel like.”

Most weeks, sure. But when it comes to this event, Gay transforms into Mr. Butterfield.

His best finish last season, a T-12, came here in Bermuda. (His three other made cuts, by the way, were posted at precision paradises in Sea Island, PGA National and Harbour Town.)

Gay’s last top-10 on Tour also was recorded in Bermuda; he won, the fifth title of his Tour career.

“The people are fantastic, super nice here, everybody’s happy,” Gay said. “Come here and everybody’s in a good mood. I enjoy the golf course, and I came here the first year and finished third, so I guess I’ve had good feelings since.”