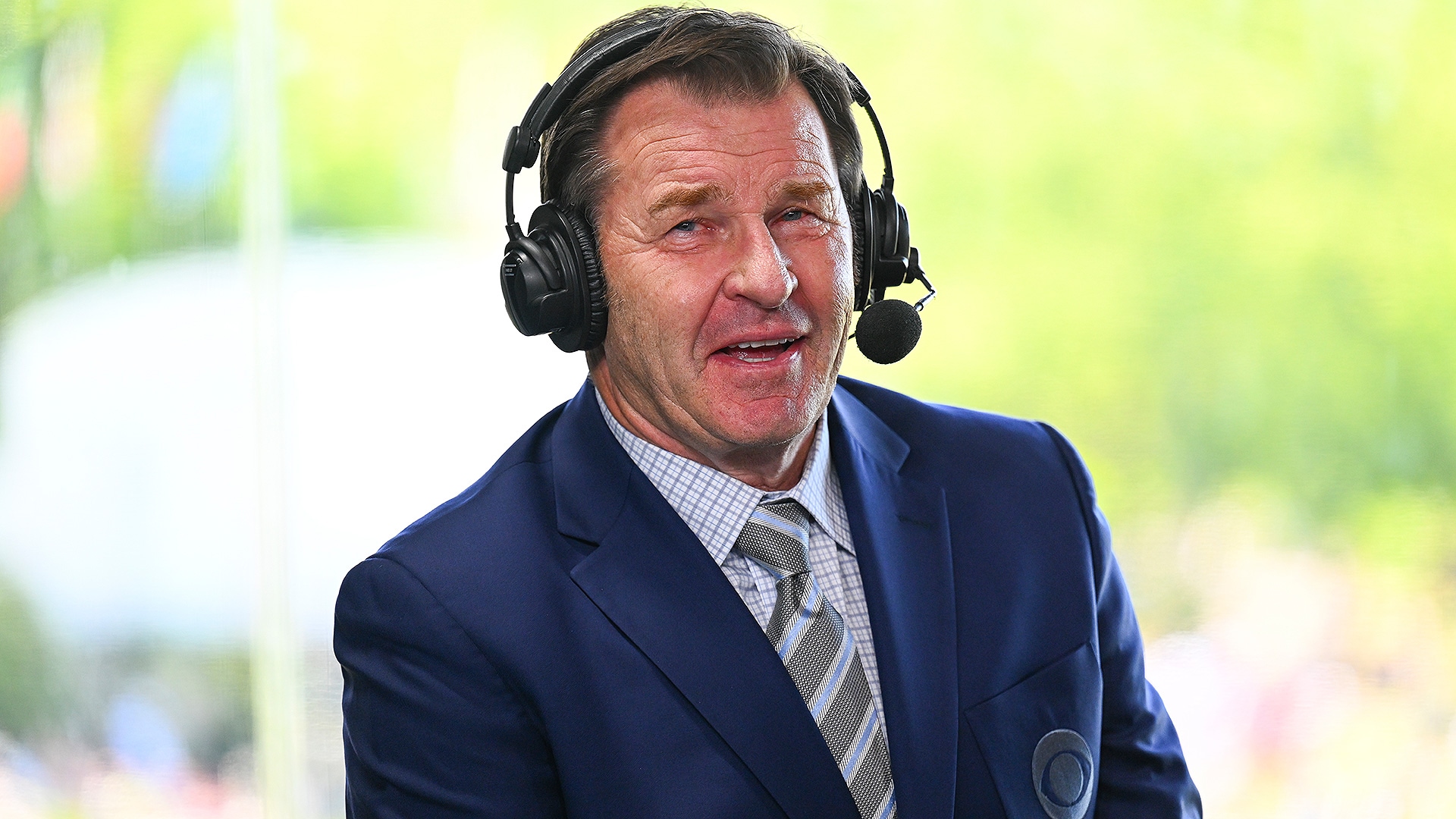 ESPN’s College GameDay has recently been graced by some of golf’s most notable names.

Last week, former Longhorn Jordan Spieth joined the crew and earlier this year, Scottie Scheffler was surprised with the Jack Nicklaus award ahead of Texas-Alabama. Plus, last year, Harris English brought the Ryder Cup to his alma mater, Georgia.

This week, GameDay went to Big Sky Country for Montana-Montana State, with Sir Nick Faldo joining the squad as the show’s guest picker.

And the six-time major champion came with a mouthful of bold takes.

Gloveless with the temperature hovering around five degrees in Bozeman — making it the coldest College GameDay ever in the program’s 35-year history — Faldo, 65, picked Montana State over Montana, Boise State over Wyoming and Michigan over Illinois.

He picked USC over UCLA because his last professional win came at Riviera’s Nissan Open in 1997.

Faldo recalled how Jordan Spieth “screwed up last week” by predicting Texas would upset TCU. So, this week, Faldo took the Longhorns for a bounce-back victory over the Kansas Jayhawks.

For Bedlam, Faldo took the Sooners over the Cowboys, saying Rickie Fowler needs to ditch his famous orange outfits, which Fowler wears on Sundays to pay homage to his alma mater.

When it was time to pick Stanford-Cal, Faldo took Stanford, while also tying in a brave golf prediction

Faldo said Tiger Woods and his son Charlie will win the PNC Championship in December, even though Team Woods has not yet joined the field.

The Englishman wasn’t necessarily going out on a whim as Team Woods finished runner-up last year.

However, when it comes to Faldo’s Saturday picks on the gridiron, he might hope that sitting with CBS Sports’ lead NFL play-by-play voice, Jim Nantz, on CBS’ golf broadcast for the last 16 years (Faldo retired from the CBS booth earlier this year) rubs off on him.