↓ Skip to Main Content
Home › Blog › No. 2 defeats No. 1, but Dustin Johnson remains ahead of Jon Rahm in OWGR

No. 2 defeats No. 1, but Dustin Johnson remains ahead of Jon Rahm in OWGR 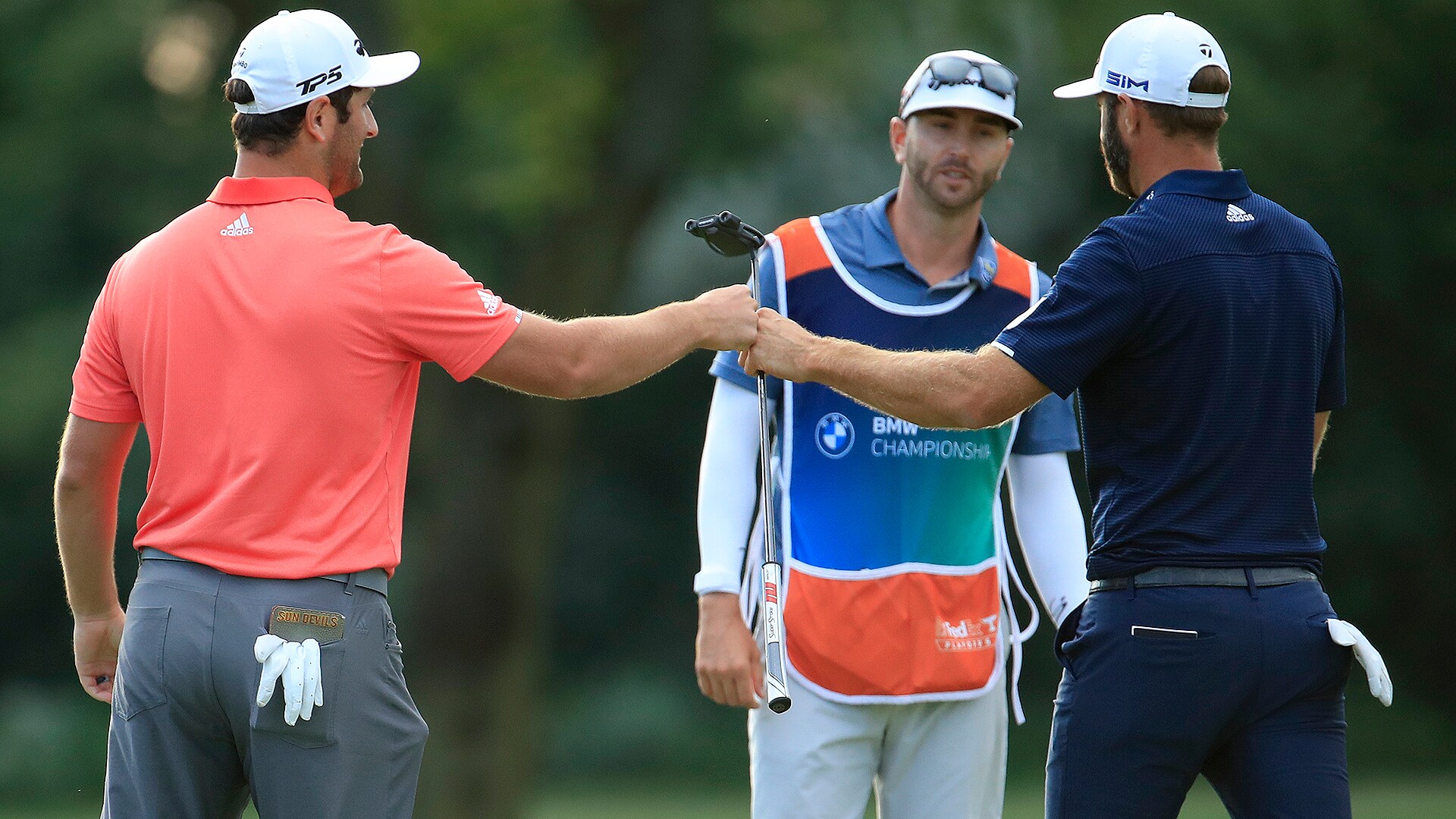 
World No. 2 defeated world No. 1 at the BMW Championship. And while there was no change atop the Official World Golf Ranking, Jon Rahm cut his deficit.

Johnson remains world No. 1 for a second consecutive week – thanks to a win and a runner-up – but his advantage dropped from 0.34 average points to 0.08.

When the going gets tough, Jon Rahm belongs on the short list of players best equipped to rise to the top. And sometimes, he does it with a little flair.

Rahm has held the top spot on two occasions since the PGA Tour’s restart and will have a chance to surpass Johnson at the season finale, this week’s Tour Championship at East Lake.

Tiger Woods, whose season ended at the BMW and who is next scheduled to compete in the U.S. Open, dropped one spot to 18th.