Notable names fighting for spots in LPGA finale and 2023 cards 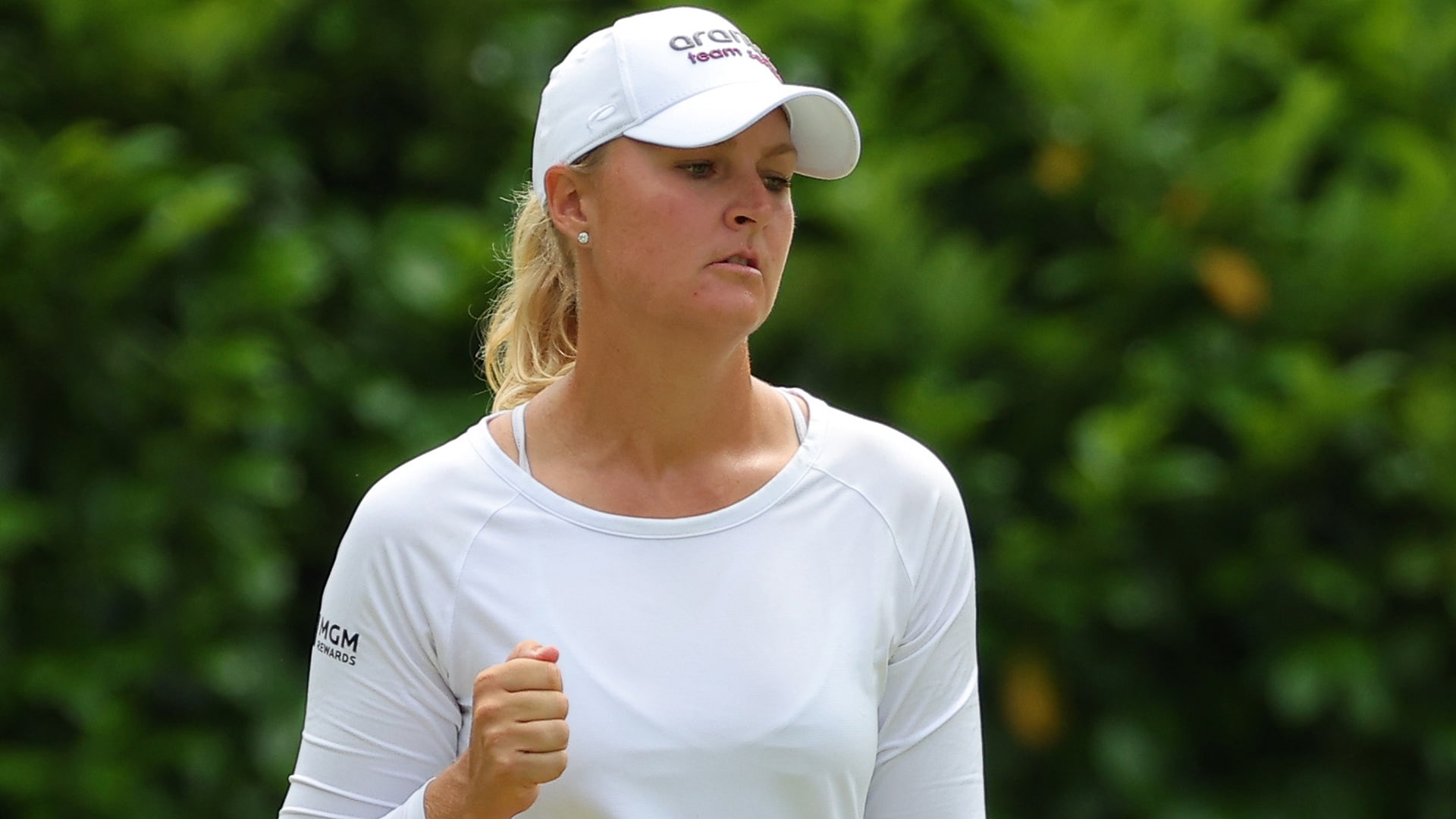 This week’s Pelican Women’s Championship is the penultimate event on the LPGA schedule but it has a finality to it as well. It’s the final chance for players to finish inside the top 100 in the Race to the CME Globe standings and earn cards for 2023. It’s also the final chance to players to finish inside the top 60 in points and qualify for the season finale, next week’s CME Group Tour Championship.

Here’s a look at some notable names on both cut lines:

The Thai burst onto the scene last year, winning the ANA Inspiration en route to notching Rookie of the Year. However, things haven’t gone as smoothly in 2022.

In the middle of the summer, the 23-year-old missed four straight cuts, and when she finally secured a weekend tee time in Scotland, she was brought to tears. But that wasn’t necessarily a turning point. Tavatanakit would, again, fail to make the cut for three straight weeks and her best finish since Scotland is a T-72 last week in Japan. Thanks to two top-5s earlier this year, she’s still inside the threshold to make the season finale.

The Swede notched her third major last year at the AIG Women’s Open and cracked the Rolex Ranking’s top 15, but with only one top-10 in 2022, the 35-year-old fell over 20 spots in the world ranking and is in danger of missing the CME Group Tour Championship for the first time in her career.

Currently holding the last spot in the LPGA’s final tournament, the 37-year-old, former world No. 1 opened her 2022 campaign with two top-10s in her first three events but has had only one since. Like Nordqvist, Lewis will need a solid week at Pelican to avoid missing her first Tour Championship.

The Thai won the CME Group Tour Championship in 2017, but is the first person out going into the LPGA’s penultimate event this year. She recorded a mere two top-10s in 2022, both of which came in the last two months. Another strong week at Pelican Golf Club could project the 26-year-old into the finale, which she hasn’t missed since 2014. Meanwhile, her sister, Moriya, is just inside the cut line (No. 54).

Last season, the 27-year-old from Finland, who had a standout career at Florida State, claimed LPGA status at Q-Series and won her first LPGA event (the Mediheal Championship). Castren, though, has had a bit of a hangover from her exceptional rookie year.

She’s fallen nearly 40 spots in the Rolex Rankings (currently No. 93), but with her third top-10 of the season last week in Japan, she’s one strong week away from squeezing into the Tour Championship for the second consecutive year.

The 27-year-old had two top-10s this spring, but then missed eight straight cuts. With her first — and only — win coming in 2018, she has one last chance to stay inside the top 100 and retain status for next season. It may be deja vu from a year ago, as Park finished No. 98 and secured status for 2022 by the skin of her teeth.

The Englishwoman may have had a walk-off eagle in June to win on the Ladies European Tour, however, the 27-year-old hasn’t had the same magic on the LPGA this year. The world No. 96 placed T-6 at the U.S. Women’s Open, but doesn’t have another top-10 in 2022. She was exempt this season thanks to a victory in 2019, which included an extra year because of the 2020 COVID season.

Though the India-born player has competed in 25 LPGA events this year, the second most on tour, Ashok, 24, is in danger of losing her card. The world No. 179 opened her campaign with a T-13 at the Gainbridge LPGA, and that still stands as her best finish this season. She only has one other top-20, which came in her second tournament of 2022.

The three-time Solheim Cupper hasn’t played well this year, and is on the outside looking in to keep her card. She has 40 top-10s in over a decade on tour, but only one came in 2022. However, she became a mom in 2018 and is still learning how to navigate parenthood while playing on tour.

“It was a big change, just traveling with another human being, but the perspective of life and my priorities have definitely changed and just went towards him,” Mendoza told Golfweek earlier this year.

Since her rookie year in 2014, the 34-year-old has notched 13 top-10s, however, none have come in 2022, despite hiring a “putt doctor” earlier this year (she ranked 124th on tour in putting average). Her best finish this year has been a T-15 at the Portland Classic, but she has since missed three straight cuts.